Rihanna is amassing quite the Los Angeles real estate portfolio. The Grammy-winning musician and fashion designer just scooped up another home in Beverly Hills, which happens to be right next door to the $13.75 mansion she purchased earlier this year.

The Fenty mogul paid precisely $10 million for her new four-bedroom, 4.5-bathroom abode in an off-market deal, reports Variety. The 3,549-square-foot house, which was originally built in 1939, wasn’t publicly listed, and last sold for $5.1 million in 2015.

Rihanna’s new Tudor-style residence features a big kitchen with a breakfast nook and a family room, a den with a brick fireplace and a more formal living room with double-height vaulted ceilings and a fireplace. There’s also a dining room with French doors that lead outside to a patio.

The owner’s suite is located upstairs, with a fireplace, sitting area and private balcony.

Outside, there’s a pool surrounded by a brick patio, as well as plenty of lounging and dining areas and a built-in barbecue. There’s also a detached one-bedroom guest house on the property, with a living room, kitchenette and office.

It’s not clear what, exactly, Rihanna plans to do with the neighboring homes, but combined the two properties span over an acre, with more than 11,000 square feet of living space.

Aside from her Beverly Hills Post Office residences, Rihanna also maintains a six-bedroom estate in Hollywood Hills, which she has previously used as a rental property. She also owns a sleek penthouse in The Century condominium, which has reportedly been her primary home (at least until she potentially moves into her new Beverly Hills spread), in addition to a beachfront home in her native Barbados. 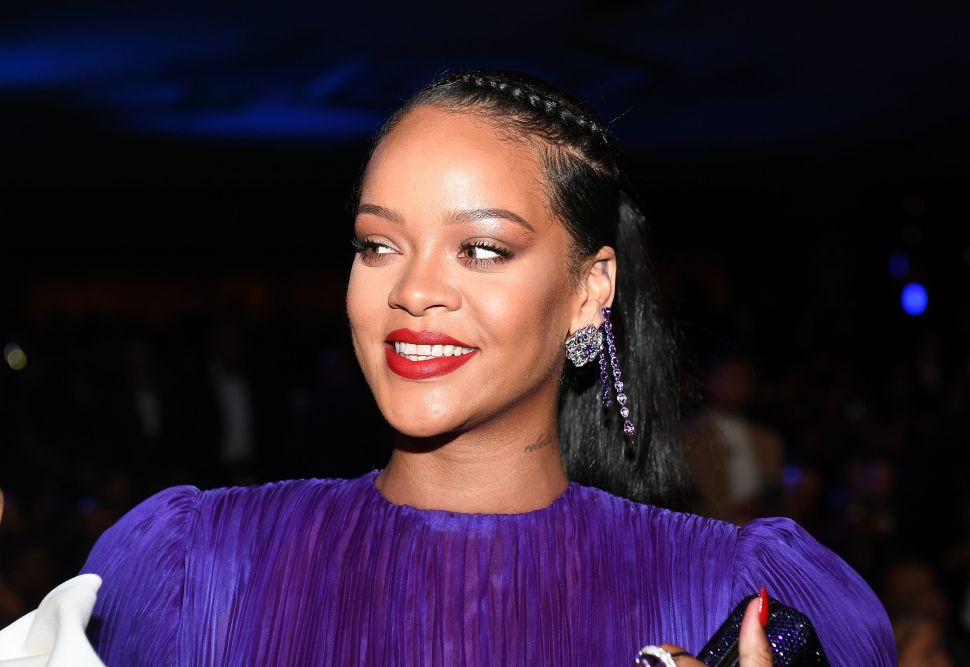