In Russia, outspoken artists who push back against the establishment are often punished for their efforts. Pussy Riot, the dissident punk rockers who recently made headlines for manufacturing their own NFTs, were arrested back in 2012 for performing a song criticizing president Vladimir Putin inside a Christian Orthodox church. This week, on Monday, a Russian feminist artist was put on trial for charges of disseminating pornography, due to the fact that she allegedly posted stylized drawings of vaginas on the social media site VKontakte. Yulia Tsvetkova, the artist in question, is potentially facing up to six years in prison for her alleged violation of the Kremlin’s commitment to “traditional family values.”

Tsvetkova is also a vocal supporter of women’s rights and LGBTQ rights, previously ran a children’s theater and is the founder of an online group called Vagina Monologues, where users are encouraged to share taboo stories that might otherwise have been suppressed. Anna Khodyreva, Tsvetkova’s mother, also vehemently refuted the notion that her daughter might have been distributing pornography. “Yulia has always been against pornography,” Khodyreva said in an interview with the Associated Press. “Feminists are against pornography because it’s exploitation of women’s bodies.”

Tsvetkova’s day on trial has come a long time after she was originally detained. The artist was first detained and put on house arrest for four months in 2019. Subsequently, she’s also been fined by Russia’s court for “disseminating gay ‘propaganda’” amongst minors, running an LGBT-themed group online and showing support for LGBTQ families in the form of a drawing.

This kind of outsized response to an artist who draws genitalia should serve as an urgent warning for those in other countries who’re skeptical about just how severe these kinds of crackdowns can be. Khodyreva also added that she and Tsvetkova have received death threats due to their work, and that the children’s theater Tsvetkova run had to be shut down due to the severity of their troubles. 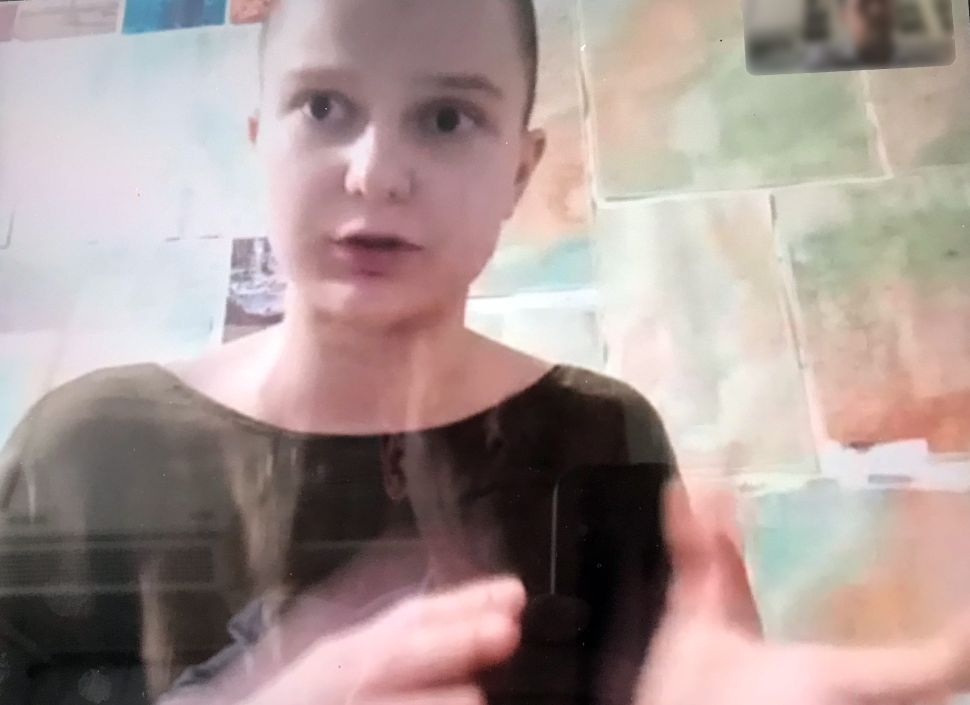