The 2020s is going to be a historic decade for human spaceflight, with multiple government and private efforts already preparing to launch crewed missions to the moon, Mars and even beyond. Traveling a long journey through the darkness of space in a weightless cabin is just about as romantic as it gets. However, without the grasp of Earth’s gravity, human bodies can undergo all kinds of subtle changes, many of which carry long-term consequences that are yet to be understood.

Between March 2015 and March 2016, former NASA astronaut Scott Kelly spent 340 days on the International Space Station. After his return to Earth, scientists began a series of studies to investigate how living in weightlessness for nearly a year had affected his body, using his twin brother, former astronaut and new Arizona Senator Mark Kelly, as a point of comparison.

In a new study published Monday in the scientific journal Circulation, scientists reported that the largest chamber of Kelly’s heart shrank in mass by 27 percent (from 6.7 ounces to 4.9 ounces) during his year in space.

The shrinkage of the heart adds to a long list of findings in astronauts who have lived in reduced gravity for an extended period of time. Previous discoveries include loss of muscle mass, weakened bones, swelled heads and squashed eyeballs, among other changes.

“The heart is like any other muscle, and it responds to the load that’s placed on it,” Benjamin D. Levine, the senior author of the study and a professor of internal medicine at the University of Texas Southwestern Medical Center, explained in an interview with The New York Times.

Without the steady pull of gravity, Kelly heart did not have to pump as hard, causing it to lose strength. An interesting finding, though, is that heart shrinkage doesn’t necessarily happen to everyone living in space.

In a separate study led by Levine of 13 astronauts who have spent six months on the ISS, scientists found that whether the heart shrinks depends on how much they regularly exercise before flying. Athletic astronauts tended to lose heart mass in space just as Kelly; but those who didn’t exercise much on Earth but had to follow the workout regime on the ISS ended up having bigger hearts due to increased exertion.

A smaller heart doesn’t appear to have affected Kelly’s normal life now that he’s been back to Earth for nearly five years. “His heart adapted to the reduced gravity,” Levine said. “It didn’t become dysfunctional, the excess capacity didn’t get reduced to a critical level.”

But it could be a concern for longer space travel, such as future journeys to Mars. Kelly was able to remain reasonably fit partly thanks to his rigorous workout routine on the space station. (He exercised six days a week, jogging on a treadmill, lifting using a resistance machine and working out on a stationary bicycle.) But astronauts sitting in cramped spacecraft going to Mars won’t have the same luxury.

Even if they have the equipment, problems could arise if they fall sick and can’t exercise.  “With weaker hearts, they could become lightheaded and faint when stepping foot on the red planet after months of weightless travel,” the Times reported. 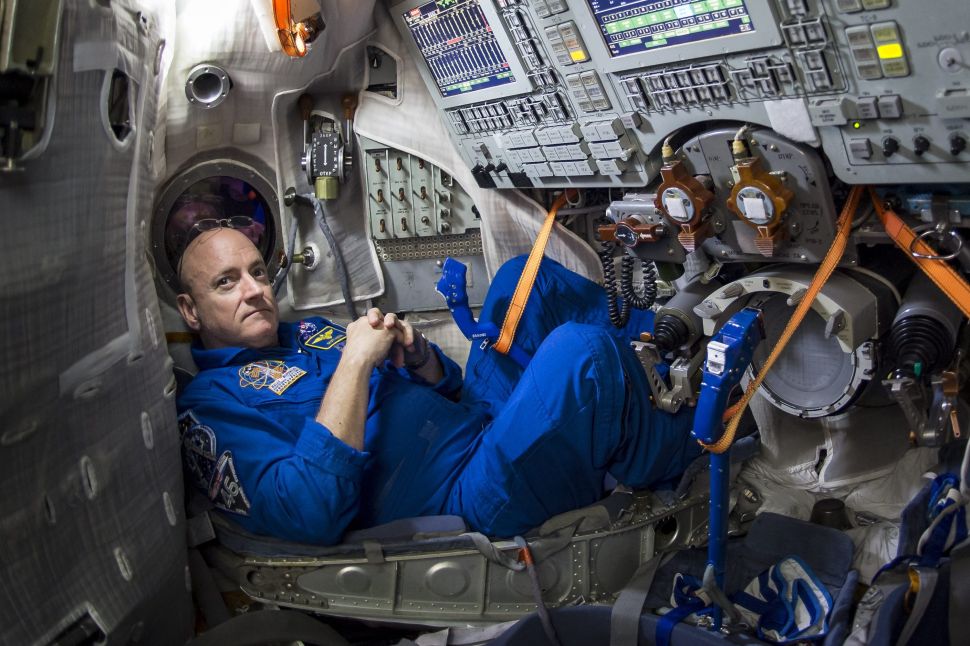