What is old is new again as Hollywood finds itself caught in a cyclical loop of nostalgia and wish fulfillment. Chief among these frequent blasts from the past is the reinvigorated interest in a wide-ranging Star Trek universe (the property has indeed lived long and prospered).

Paramount+’s Star Trek: Picard may have been uneven over its promising yet streaky 10-episode first season last year. But what it lacked in consistency and focus, it gained in unique reintroductions to familiar characters. Jean-Luc Picard (Patrick Stewart) was no longer the decorated Captain always in control that fans came to passionately champion in The Next Generation. Instead, he was an old man filled with regret, which is exactly what convinced Stewart to return to the role. Voyager‘s Seven of Nine (Jeri Ryan) popped back up after 19 years as an embattled badass thrust into a larger scale conflict than ever before. Even Data (Brent Spiner) was creatively deployed in new ways.

Now, Star Trek producer Akiva Goldsman is hoping to do the same for TNG‘s iconic Q (John de Lancie). In a recent interview with The Hollywood Reporter, he explained how the creative team plans to reintroduce the cosmic entity in Season 2 in a way that fits with Picard‘s more serious, serialized tone as compared to The Next Generation.

“[Co-showrunner] Terry Matalas and I don’t pretend that the interstitial years didn’t happen. No, obviously, chronological time is less relevant to Q. The time between shows is probably not even the blink of an eye in Q time — if you even have Q time. But we definitely chose to follow suit when it came to him. So as we tried to evolve the other characters, the same is true of Q. This is a show of a different time with actors of a different age. We’re now talking about the issues that come up in the last [stage] of your life. We wanted a Q that could play in that arena with Picard.”

Jean-Luc Picard has lost faith in the Federation and spent years questioning his own decision-making and mourning the loss of Data when we first seem him in Picard. He is as far from a TNG redux as you can imagine and the show is a better series for it. How that reinvention might apply to Q remains to be seen. But Matalas’ experience reinventing 12 Monkeys as a TV series will suit him well in this endeavor.

He, Goldsman and the rest of the creative team want to leverage the significance of Q’s connection with Picard for the character’s highly-anticipated return. This suggests a level of reminiscing that might plot a course forward, according to Goldsman.

“There are a lot of people who think of Q as trickster God, right? And he is. But he’s also a profoundly significant relationship in Picard’s life. There’s a lot of discussion in Picard season two about the nature of connectedness. Q’s kind of a great lightning rod for that, because in some ways he’s one of Picard’s deepest — not deep in the same way that Riker is or Beverly Crusher was — but in its own uniquely, profoundly deep relationship.”

The 10-episode second season is currently in production and is expected to debut on Paramount+ in 2022. 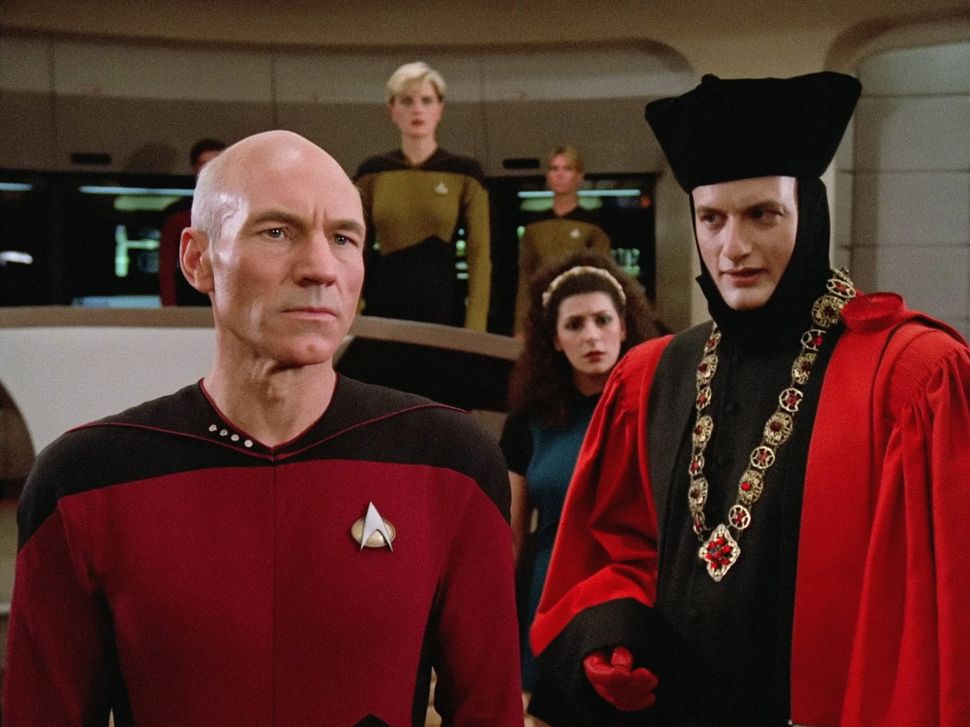