In recent years, Disney has gobbled up 21st Century Fox and taken full control of Hulu while launching its own dominant streaming platform in Disney+. AT&T has acquired TimeWarner to create WarnerMedia and roll out subscription-video on demand challenger HBO Max. Comcast has snapped up British satellite broadcaster Sky and similarly launched streamer Peacock. All of these multi-billion dollar deals were aimed at better competing with the Netflixes of the world.

We highlight this recent past of merger and acquisitions to help paint a picture of the near-term future. The intersection of Hollywood and Silicon Valley is only growing more populated and the entertainment industry is far from finished with its consolidated gentrification. As such, it’s only fair to wonder if the streaming wars will be decided for us as the media industry continues to narrow. If so, which services will be among the winners and how will a concentrated core of powerful streamers impact legacy entertainment?

Why is further consolidation likely?

Despite the avalanche of streaming-centric programming and strategic pivots sweeping through the entertainment industry, the SVOD marketplace remains in its embryonic stages. Netflix hasn’t even been delivering original content for a full decade; Paramount Pictures is 109 years old. Further change and development is inevitable as rumors, suggestions, and expectations abound.

“Companies like ViacomCBS [Paramount+], NBCUniversal [Peacock], WarnerMedia [HBO Max], MGM, Lionsgate [Starz] and others could be potential combination candidates and we could see tie-ups between these companies happen at some point.” –Mike Chapman

As we’ve seen, Wall Street might as well be a kid in a candy store on allowance day when it comes to direct-to-consumer business. The financial epicenter of the Western hemisphere excitedly rewards each company that shows off a flashy D2C pivot and priority.

The aggregation of content catalogues would change the competitive dynamics of a streaming service, Chapman argues. Where both corporate entities operate streaming services, the ability to combine subscriber bases (no small feat) provides additional synergistic opportunities. This, in turn, leads to an increase of revenue which then enables a studio to invest more in programming and strategic acquisitions. It all keeps the wheel spinning ad infinitum like a carnival ride enchanted by the spirit of Louis B. Mayer.

The many different faces of consolidation

But the winnowing of major Hollywood players is not created equally. David Offenberg, Associate Professor of Entertainment Finance in LMU’s College of Business Administration, sees the streaming industry evolving into four different buckets.

“Premium is fascinating because we’ve already been given sneak peeks into how that consolidation is going to work,” Offenberg told Observer. “There’s merger, which we’ve seen with Disney and Fox, and failure, which we saw with Quibi. Quibi created further consolidation in two ways: Taking a competitor out of the marketplace and enabling Roku to buy their library.”

To Offenberg, consolidation comes down to voluntary and involuntary departures from the industry. YouTube Premium decided it no longer wanted to compete in scripted streaming fare and sold hit series Cobra Kai to Netflix. It opted out, whereas Quibi was forced out. Then you have a company like Sony, which is contributing to consolidation by choosing to never enter the streaming game in the first place. Last week, Sony licensed its entire output to Netflix in a lucrative arms dealer–style agreement.

Which studios and streamers will be left standing?

Now that we understand the whys and hows of future consolidation, we can begin to examine who may be the eventual winners of the so-called streaming wars.

“There’s still eight generalist premium streaming services and we’ll see that get down to four or five,” Offenberg said. “We can all place bets on the three or four that will disappear. For my money, it’s Apple TV+, Peacock, Paramount+ and maybe Amazon Prime Video. I don’t see them being in the market as a standalone service in 10 years.”

Prime Video seems secure given Amazon’s $8.5 billion annual content investment and Prime’s worldwide reach (150 million global customers). But Amazon faces increasing scrutiny from the Department of Justice and any government-forced downsizing may result in the folding of Jeff Bezos’ shiny Hollywood toy. Paramount+ seems to not have learned from the stumbles of streamers that came before it and may be a tool to better position ViacomCBS for a future sale. All indications suggest that Apple TV+ is not making much of an impact in the SVOD field. And there’s already speculation that Comcast is rethinking its Peacock strategy. None of these companies are going bankrupt and all of them have previously quit expensive endeavors which is why none of us are texting on Amazon cell phones or using Apple Lisa’s for our home offices.

“Existing companies will be producing less content in a mature industry with established competitors, and you can expect production will fall by half industry-wide. So enjoy it, folks, it’s all downhill from here.” –David Offenberg

Among the major competitors, Netflix and Disney+ are likely safe bets to remain in pole position with HBO Max and Amazon Prime Video (assuming Amazon isn’t broken up by the DOJ) potentially rounding out the main roster. Hulu may eventually be folded into Disney+ in some manner.

“I believe that the field of streaming services will rationalize down to three to five major services and one to two niche services that become the predominant streaming providers within the next three to five years,” Chapman said.

He added: “Companies like ViacomCBS [Paramount+], NBCUniversal [Peacock], WarnerMedia [HBO Max], MGM, Lionsgate [Starz] and others could be potential combination candidates and we could see tie-ups between these companies happen at some point. The other potential outcome is that some sub-scale companies could suspend their owned & operated streaming services and opt for distribution of their content by larger contenders, if proper market scale and favorable economics from streaming remains elusive.”

Favorable economics might as well be cleaning wipes at the start of the pandemic given how hard they are to come by. Disney and WarnerMedia have made multi-billion dollar pivots to prioritize streaming and neither HBO Max or Disney+ are expected to be profitable until at least 2024. After racking up $15 billion in debt, Netflix only announced in January that it no longer needs to borrow money to finance content. Streaming is a costly investment that requires short-term financial loss for the hope of long-term profit. Inevitably, a few major streamers will tap out due to the financial pinch.

The media industry may benefit from having companies strengthened by greater scale. But for audiences, we’ll lose the volume and flexible freedom of choice currently afforded to us.

“There will be fantastically less choice and right now is the best consumers are ever going to see,” Offenberg said. “Existing companies will be producing less content in a mature industry with established competitors, and you can expect production will fall by half industry-wide. So enjoy it, folks, it’s all downhill from here.”

How does this reality impact the film industry?

Prior to the pandemic, movie theaters were already evolving to better compete in a direct-to-consumer marketplace. Exhibitors were tilting toward higher end theaters that served dinners and alcohol to become more of an experience.

But theaters have been struggling over the last 10 years as the consumption of content migrates to SVOD. This has expedited the blockbusterization of the film industry in which $100 million tentpoles and franchises squeeze mid-budget fare, rom-coms, star vehicles, and originals out of existence. Increased consolidation, which potentially results in fewer studios and more powerful streamers, will likely only exacerbate this issue.

“What we’re seeing is a smaller set of movies making up a larger piece of the financial pie. That’s not healthy long-term.” –Scott Mendelson

“I think that’s the big aftershock of the pandemic,” Scott Mendelson, film critic and box office pundit at Forbes, told Observer. “We have more and more consumers spending more and more theatrical dollars on a smaller and smaller sample of franchise event movies. The overall box office is up in recent non-pandemic years, yet ticket sales are down, though not catastrophically so.”

He added: “What we’re seeing is a smaller set of movies making up a larger piece of the financial pie. That’s not healthy long-term.”

Mendelson sees Netflix and Disney having cast the longest shadows on the film industry over the last decade. Disney has emerged as the box office king with nostalgic, event-driven movies (some of which are very good, he notes) that are seemingly among the last consistently bankable theatrical products. Netflix, as a one-stop-shop library, has conditioned audiences to wait until everything else hits streaming. This dynamic has allowed Disney, at least in the last few years, to erect “almost a monopoly on the types of films people want to see in theaters” while Netflix has “almost a monopoly on the types of films people wait to see at home.”

Ironically, films that were turned into endangered species thanks to streaming begin flourishing on platforms such as Netflix after their disappointing box office runs. There’s no easy solution to break this feedback loop and Mendelson notes that we have no idea how pandemic-adjusted audience behavior will change in a post-COVID world. But one solution is to re-commit to developing talent and not just franchises.

“Hollywood must find a way to get people to show up for star-driven vehicles,” Mendelson said. “It doesn’t matter if they are originals, adaptations, or IP. Can you imagine what the industry would look like if Hollywood began developing diverse movie stars across the ethnic, sexual, and religious spectrum back when movie stars still mattered? Imagine doing that 20 years ago—we’d be having an entirely different conversation. Instead, all that matters is the IP and the name of the franchise rather than the name of its star.”

So, where does all this leave us today? The entertainment media industry is still abuzz with activity despite the downturn of the pandemic. This activity will inevitably net itself out through major consolidation of powerful companies and studios, reducing the number of major streaming services through sheer Darwinian survival. The so-called streaming wars will eventually be declared for three-to-five victors.

As a result of the concentrated power of studio entertainment, the film industry will be forced to further rely on tentpole blockbusters as long as audiences fail to vote with their wallets for the non-franchise content they claim they want. Kaiju and superheroes will continue to fight messy streaming battles as smaller properties are crushed beneath their feet. We’ll have a picture of the rubble soon enough. 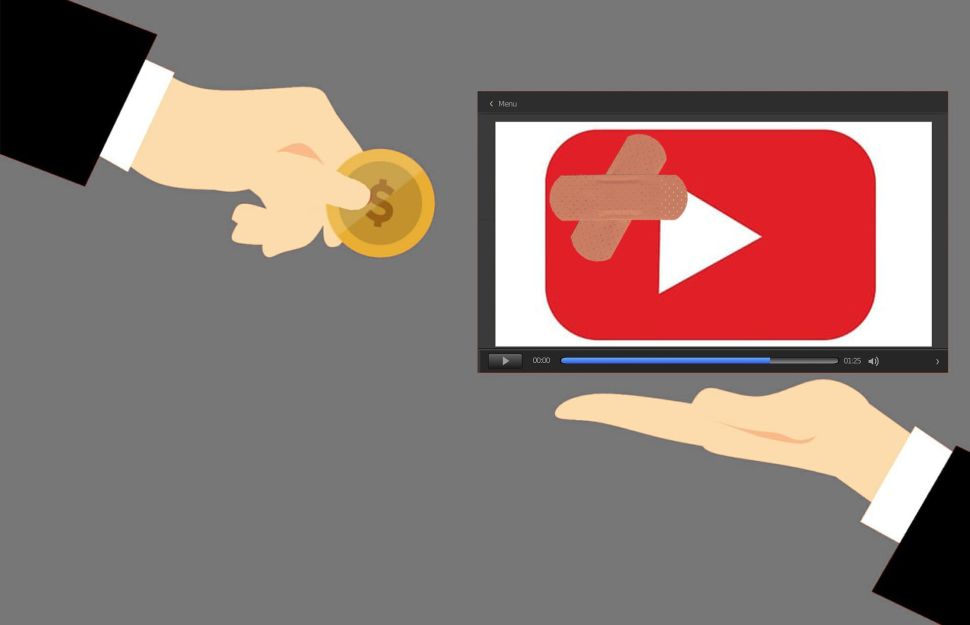