Last Tuesday, Julia Serano checked her email and saw notifications from multiple Substack newsletters. She would now receive updates about the writing of Bari Weiss, Jesse Singal and Abigail Shrier.

There was only one problem. Serano hadn’t subscribed to any of these newsletters. Somebody, or multiple somebodies, had signed her up expressly to fill her inbox with spam.

Though she didn’t know who had put her on these mailing lists, Serano had a good idea why. She is a trans writer, speaker and activist. Her 2007 book Whipping Girl: A Transsexual Woman on Sexism, is a groundbreaking exploration of the connection between misogyny and transphobia. The newsletters she had been subscribed to were from people who are associated with anti-trans rhetoric, or with efforts to restrict trans health care.

Journalist Jesse Singal is listed on the GLAAD Accountability Project for suggesting that trans identity is a social contagion and for defending a form of conversion therapy. Singal’s work has also, according to GLAAD, been cited by conservatives in legal efforts to reduce trans people’s access to healthcare. Abigail Shrier, author of Irreversible Damage: The Transgender Craze, has, as GLAAD pointed out, spoken before the Senate in favor of preventing trans women from using female-only bathrooms and from participating in women’s sports. Bari Weiss has been less focused on trans issues directly, but as a conservative anti-left writer, she vigorously defended Shrier when trans people criticized her book.

“I can only speculate as to why I’m getting [the spam],” Serano told Observer. “But I think it’s because I’m outspoken about trans issues.” People were sending her anti-trans spam to harass her.

It’s not a surprise that Substack has been weaponized for transphobia. The platform has made a series of choices that have led trolls to see it as a good platform for transphobic harassment.

One of these choices is technological. Substack’s subscriptions don’t require confirmation. Most reputable platforms send an initial email when you ask for a newsletter subscription, and you have to click on the link before you are signed up. This prevents other people from signing you up. But Substack doesn’t use this verification measure.

The second choice Substack has made is ideological. The site has embraced a slate of anti-left writers who are frequently also anti-trans. The most egregious of these is Graham Linehan, who in February tried to identify and shame trans women off a dating app, and who was permanently suspended from Twitter for transphobic vitriol. He has used his Substack to baselessly accuse a trans writer of being a child abuser. Other writers include Shrier, Singal, his podcast co-host Katie Herzog and Andrew Sullivan, whose recent article on trans issues recommended banning trans women from women’s bathrooms and putting severe restrictions on trans women’s health care.

Substack insists that it does not support transphobia. “We admire, appreciate, and value the amazing trans writers on Substack and the readers who support them,” a spokesperson told me when reached for comment. And Substack has given hefty advances to some trans writers, most notably Grace Lavery and Daniel Lavery.

But the fact remains that many of Substack’s highest-profile writers embrace anti-trans rhetoric and positions. Substack has given large advances to some writers, but it does not reveal which ones, and so it is difficult to tell what their editorial policy is. No one knows whether they are supporting writers like Linehan, and to what degree. (Note: After this article went to press, a Substack’s spokesperson emailed: “We’ve confirmed that we haven’t paid Linehan an advance or anything else, he’s not part of Substack Pro, and neither is any writer that could be construed as anti-trans.”)

Because of the perceived bias and the lack of transparency, some writers like Jude Doyle and Annalee Newitz have decided to leave the platform. (Disclosure: Because of these concerns, I stopped writing for Arc Digital when the publication moved to Substack.) The controversy has been covered in numerous mainstream publications, including the New York Times. More, Substack writers like Glenn Greenwald have presented the criticism of Substack as an act of repressive censorship, designed to silence their brave, dissident voices.

In the process, Substack has become an anti-trans, anti-left symbol. And so it’s no surprise that it has been used to target trans writers and their allies. When Serano spoke up about the unwanted subscriptions on Twitter, a number of other people came forward to say that they too had found Substack subscriptions in their mail.

Tage Rai, an editor at Science Magazine, criticized Jesse Singal on Twitter. Soon thereafter he told me, he started receiving phone messages “that were sort of creepy.” When those died down, he started getting newsletter subscriptions to Jesse Singal, Glenn Greenwald and Bari Weiss. Chase Strangio, a trans rights activist and lawyer, said he had been involuntarily subscribed to Greenwald and Graham Linehan.

It’s easy to dismiss these unwanted email subscriptions as trivial. Serano and Rai both told me they simply marked the newsletters as spam, and now basically don’t see them. Strangio, though, says that the Substack spam is only the latest in a long-standing pattern of harassment directed at him. Starting last year, trolls began signing him up for conservative and anti-L.G.B.T. emails from the Heritage Foundation and the ADF, and he was also signed up to receive Bible verses. “I get about now 200 to 300 emails per day that I’ve been subscribed for,” he told me. He just tries to delete or unsubscribe to most of them, but it’s made his email difficult to use. “The relentlessness is difficult to manage overall,” he said.

The day-to-day grind of people going out of their way to invade your space to tell you they hate you can take a significant toll. But beyond that, Serano says, the creation of a community around Substack that tolerates hate is dangerous. “If we’ve learned anything over the last few years of social media, it is that if you create a space where it’s okay for people to create pile-ons, or to create hate speech that goes unmoderated, then that platform will eventually become a culture where that’s allowed,” she told me. Serano pointed to Mumsnet, a U.K. parenting advice website that has metastasized into what one former employee called “a breeding ground for transphobic voices.”

Substack’s Terms of Service take a clear stand against spam and phishing, and even cautions writers to make sure they only use mailing lists that include people who have explicitly opted in. They also say the platform “cannot be used to publish content or fund initiatives that call for violence, exclusion, or segregation based on protected classes.” Graham Linehan, at least, seems to have violated this proviso against hate speech.

There are few legal options for forcing Substack to abide by its own Terms of Service, according to Jasmine McNealy, a professor of telecommunications at the University of Florida. McNeely also said that Substack is probably not violating any spam laws; there is no requirement that companies set up confirmations for newsletter subscriptions. “If you went after whoever’s signing people up for this, then that might be different. Then you might be able to use state-level anti-harassment laws,” she said. But Substack itself is unlikely to be held accountable by law.

Substack may not have legal exposure, but it still says it wants to cut down on this kind of behavior by trolls and harassers. “We have seen (rare, but still frustrating) instances of people reporting they’ve been subscribed to newsletters by others, and that’s obviously not what anyone wants,” a spokesperson said. “When we find out someone was subscribed unwillingly, we work with them to address it as quickly as possible, and we’re always trying to improve.”

The company did not commit to creating a confirmation step for subscriptions, however. Neither was the spokesperson willing to engage with the fact that this harassment, in particular, is linked to the fact that some trolls see the site as a symbol, or venue, for transphobic animus. When I asked if they were concerned that anti-trans trolls apparently feel fellow-feeling, or community, with Substack, the spokesperson responded, “that characterization is definitely false.”

It is clear from its terms of service and its public statements that Substack does not want to be associated with transphobia. However, many readers and trolls have looked at the site’s relationship with Graham Linehan, Jesse Singal, Abigail Shrier, Andrew Sullivan and others, and have concluded that their own bigotry has found a congenial home.

Substack subscriptions are being used to harass trans people and those who speak up on behalf of trans people. If that isn’t what Substack wants to be, it needs to take steps to change. It could start by enforcing its own terms of service around spam and hate speech.

Editor’s note: This article has been updated with additional comment provided by Substack after publication, adding context about Linehan’s relationship to the service. 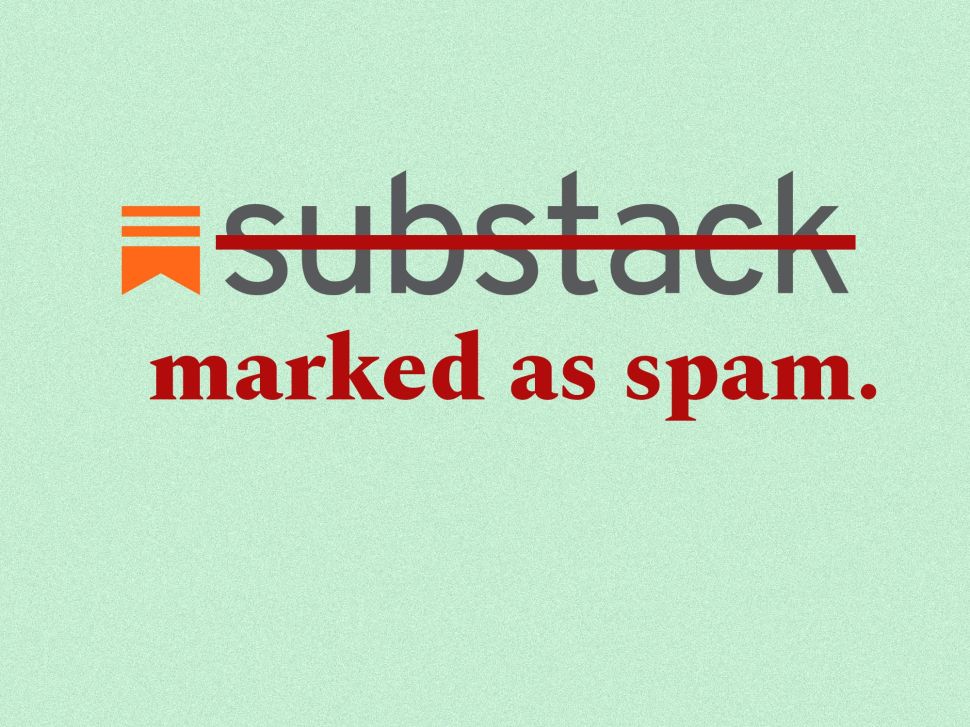