Marvel movies aren’t always a case of show-don’t-tell. In fact, the opposite is mostly true. Countless post-Phase I films in the saga verbalize the movie’s messaging rather than deliver themes from the natural ramifications of choice and action. That’s okay from time-to-time for big blockbusters that must balance intensive world-building and narrative set-up. But when it becomes a franchise’s default setting, as has previously been pointed out, it can undercut the potent messaging the story hopes to provide. In the third episode of Disney+’s The Falcon and the Winter Soldier, “Power Broker,” Marvel once again falls prey to this crutch.

Warning: Spoilers for The Falcon and the Winter Soldier

Despite living under strict requirements of a pardon for heinous crimes over a 90 year period, Bucky Barnes (Sebastian Stan) breaks Zemo (Daniel Brühl) out of jail to help investigate the super soldier Flag Smashers. Zemo was the main antagonist of Captain America: Civil War who bombed the United Nations, murdered King T’Chaka and pitted the Avengers against one another. He’s a brilliant manipulator who is rightfully in jail as he poses a threat to the public.

But Bucky can only ever either follow orders as the Winter Soldier or act on impulse as himself, so he enacts a terrible plan to illegally free this criminal mastermind from prison despite his second chance at personal redemption. This is then followed by Zemo’s terrible Scooby-Doo plot to infiltrate Madripoor with flashy get-ups and a thin backstory to ascertain more information. Everything goes wrong almost immediately and dozens of people die. Bucky, a known murderer, and Sam, a U.S. government agent, have now executed an unsanctioned mission on foreign ground with the help of an escaped felon. In the words of Mad Men‘s Pete Campbell, this is “Not great, Bob!”

Too often, Marvel tales see a hero defy advice and instruction in the name of doing what they think is right. This often winds up worsening the situation as a result. In response, our heroes act as if they’ve stumbled into some semblance of self-realization. But of course, they still continue doing what they were already doing and luck into a happy ending that doesn’t actually demand them to change or reckon with their behavior.

In Avengers: Age of Ultron, Tony Stark (Robert Downey Jr.) creates Ultron despite protests from his team. After Ultron immediately declares his genocidal intentions, Tony then creates Vision despite another round of protests from his fellow Avengers. That he just so happens to win in the end does not negate the reality that he repeated a glaring mistake against the wishes of everyone around him.

Marvel wants to sell the audience on change and growth without ever really embracing the ugly nature of it.

In Doctor Strange, our hero is an arrogant character who indulges in reckless behavior that ultimately costs him everything. The moment he’s introduced to the mystical arts, he ignores every warning from more seasoned sorcerers and plunges forward with his provincial “I can handle it” mindset. In Ant-Man, Marvel nudges up against self-awareness with a joke. Scott says he’s done breaking into places and stealing shit and asks Hank Pym what he can do to help. Pym’s response?

In Spider-Man: Homecoming, Peter’s (Tom Holland) quest to maturity and being taken seriously as a superhero comes in direct contrast with Tony’s direction. Tony, finally showcasing some humility and understanding, even tells him that he’s trying to push Peter to be better than him. Instead, Peter again ignores the instruction he’s been given but is celebrated for it because he stopped Vulture. Marvel wants to sell the audience on change and growth without ever really embracing the ugly nature of it.

Repeating the same behavior over and over until you luckily catch the bad guy doesn’t justify the risk of said behavior—not based on the collateral damage we’ve seen on screen. Failing to adapt or develop new approaches is the antithesis of character development. Change and growth come with consequences. But as we’ve seen with variations of Loki, Wanda, and now Bucky, consequences is not something the MCU is interested in on a sustained individual level.

With three episodes left in The Falcon and The Winter Soldier, there’s still plenty of opportunity for Marvel to change its modus operandi. But based on “Power Broker,” the series appears to be setting up thematic catharsis and the illusion of character development simply by allowing Bucky to make the same mistakes over and over, but emerge with a victorious outcome.

None of this is to say that The Falcon and The Winter Soldier is without its merits. We’ve fawned over the pilot’s ability to infuse blockbuster action with deeply personal character texture. It’s great to see Marvel address racial dynamics in America and the cyclical nature of prejudice and discrimination. But on a one-to-one level, change and growth are not earned just because the story tells us so at the end. It’s earned from learning from your past mistakes. 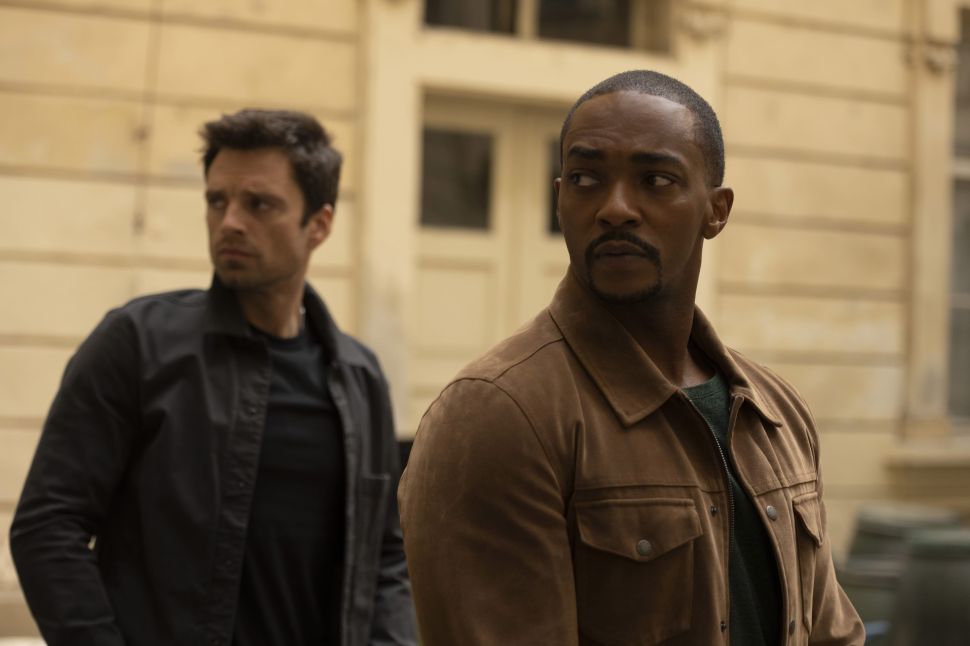