After four episodes, it wasn’t always clear what The Falcon and the Winter Soldier hoped to say to its audience. Often, the buddy cop superhero team up seemed to want to address every ill plaguing the modern world in compact running times. At its core, the show concerns itself with how we morally fight the battles that matter without losing ourselves.

But Episode 5, “Truth,” reorients the show’s focus on who we fight for. In the process, it helps to reckon with the true nature of America.

It also shows us that institutions will use individuals for their own purposes before discarding them. But these consequences won’t be doled out equally. John Walker (Wyatt Russell) is stripped of his Captain America title and authority after publicly executing a member of the Flagsmashers last episode, but allowed to go free. Isaiah Bradley (Carl Lumbly) was thrown in jail for 30 years. “Truth”—which is also the title of the Kyle Baker and Robert Morales comic where Bradley’s story was first told—builds on “The Star Spangled Man” by bringing the reality of America’s heinous race record to the forefront once more.

“If you ain’t bitter, you’re blind,” Bradley tells Sam (Anthony Mackie). It’s a sentiment familiar to anyone who has faced persecution. But it’s particularly potent as we realize how little has changed. Sam believes the world and this country has evolved over time, despite the cyclical nature of racial injustice put forth in Episode 2. But Bradley knows the ugly truth: what was still is. They’ll never let a Black man be Captain America and, based on this country’s treatment of African Americans, he wonders: who would want the job? Does Sam owe anything to a country that only sees him as a commodity and a tool? What does doing the right thing matter if the government doesn’t do right by you and your people?

It’s revealed that Bradley and his squad were given different variants of the super soldier serum without their knowing consent. After being thrown in jail for disobeying orders and saving his captured team, he was experimented on during his imprisonment. This brings to mind the sickening Tuskegee Study from the mid-20th century. Onscreen as in the comics, the real-world parallel provides insight into a shameful past.

As a Marvel series ostensibly aimed at kids, The Falcon and the Winter Soldier may not dig into race relations as deeply as HBO’s Watchmen. But showrunner Malcolm Spellman continues to tackle weighty topics that feel more relevant every day. Even in its four-quadrant PG-13 style, the series finds mature truths when it highlights these realities. Bucky (Sebastian Stan) admits that he and Steve didn’t realize what they were asking, culturally, when the shield was given to Sam. Even our aspirational “great white hope” could be blinded by white privilege.

Marvel has often been criticized as pro-military industrial complex propaganda. Yet The Falcon and the Winter Soldier is an indictment of everything America props itself up to be. The series knows Marvel’s heroes are often fighting for a false ideal that traces its roots to the real world.

The Falcon and the Winter Soldier is available to stream on Disney+. 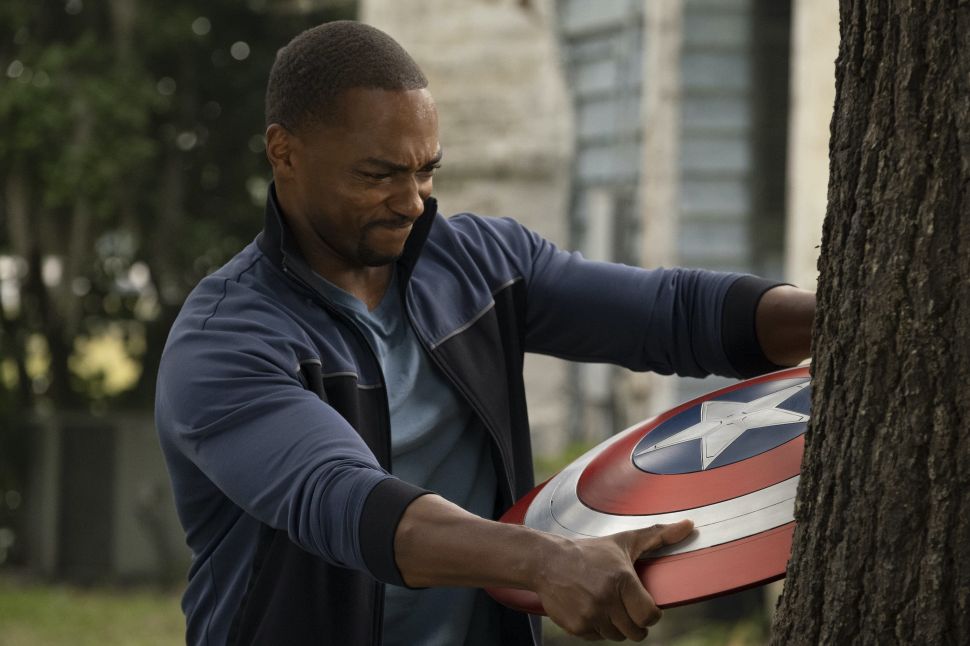