For all of the ground-breaking accomplishments the Marvel Cinematic Universe has achieved in terms of modern Hollywood franchise building, the products themselves are hardly ever as revolutionary. Films and TV series don’t necessarily need to shatter the form and function of the genre to be well-received. The MCU’s consistent high floor of quality is proof of that. But at this point, as The Falcon and the Winter Soldier shifts into its series finale, it’s become clear that every single MCU project is going to climax with a more-or-less traditional punch-em-up between good guys and bad guys. So whatever comes before that CGI-fueled action resolution damn well better be good.

Every MCU feature’s third act boils down to a standoff between protagonist and antagonist that includes a fair bit of monologuing and a fair pit of punching. The same can be said for Marvel’s first Disney+ series WandaVision. That’s okay—it’s how the blockbuster formula works. But the relatively generic culmination format needs to be built on the back of sound character development, thematic messaging and logical plot progression. That’s where The Falcon and the Winter Soldier was never quite consistent.

The series failed to properly address the MCU’s single most glaring flaw when it comes to true consequences for the choices of our heroes. They are awarded character development without ever actually being forced to change. But we knew that back in Episode 3. What the season finale, which does pack plenty of good at times, really fails to do is reconcile the two halves of The Falcon and the Winter Soldier.

Spoilers for The Falcon and the Winter Soldier finale, “One World, One People” below.

This series was at its best with Sam Wilson (Anthony Mackie) and Isaiah Bradley (Carly Lumbly) exploring the ugly nature of systemic and cyclical racism that extends through this country’s history like a rotting root. This is where we’re given a fresh perspective on contemporary America—where we finally learn how the Captain America shield can represent different things to different people. For the entirety of the MCU, symbols have been treated at face value. For the first time in the franchise’s history, we’re starting to finally realize that even the noblest of intentions can be commandeered for other purposes.

Unfortunately, the show wasn’t always as focused on this central element as it could have been. The mechanics of how we fight the battles that matter seemed to supersede this theme in the middle episodes before the show returned to racial politics to close out its run. This gave the series a stop-and-start feel with a jumbled message.

The finale feels like it was constructed to optimize the easiest way out of almost every interesting question the show asked.

The realism of The Falcon and the Winter Soldier‘s emphasis on institutional and perception-based racism never blended with the idealism of putting Karli’s (Erin Kellyman) politics and eventual death on a pedestal. Sam should be commended for being more interested in why oppressed peoples feel the way they do and how the world can better serve them. He’s right when he says that the helplessness that grips the world finally unites the powerful and the poverty-stricken alike.

But it’s also a fabrication. Call it nihilism and cynicism if you like, but The Falcon and the Winter Soldier‘s strongest element was its uncompromising showcase of how nothing changes or improves in this country. Rather than live in that, the finale feels like it was constructed to optimize the easiest way out of almost every interesting question the show asked. People just get better at hiding their ugly truths. Reverting back to the common MCU formula in “One World, One People” after an uneven focus across the five episodes before it feels too comfortable and easy to be a satisfying conclusion.

The action-packed finale that was always inevitable didn’t always earn its respite from the tough conversations. Instead, it slapped together the brutal honesty the series was always going for with the unrealistic hopeful optimism only found in Hollywood. 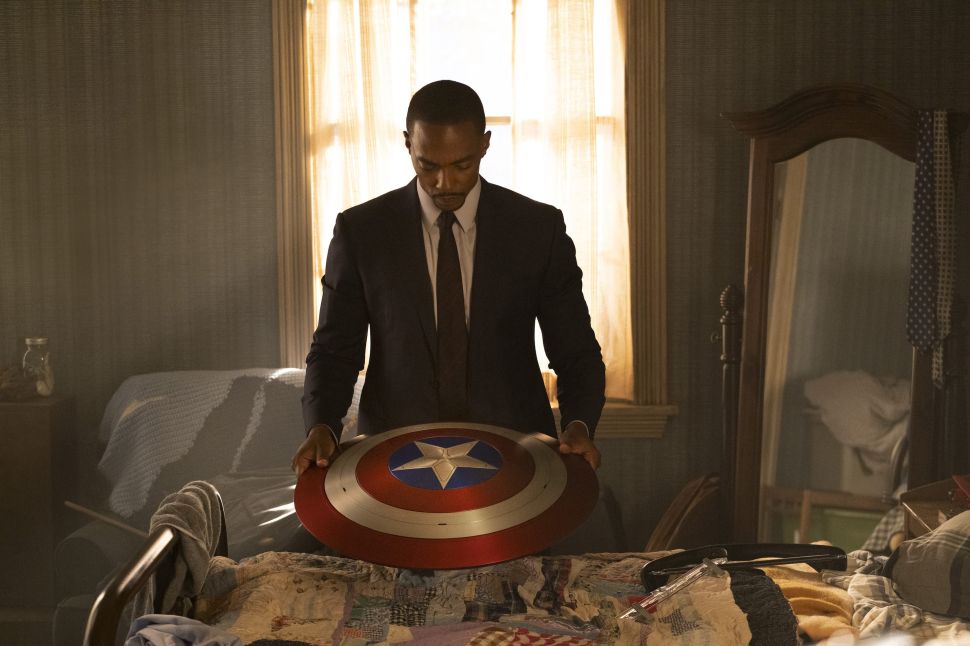