Now that Vice President Kamala Harris and Second Gentleman Doug Emhoff have finally moved into the official VP residence at Number One Observatory Circle, they are bidding adieu to their former Washington, D.C. abode.

The couple is listing their two-bedroom, two-bathroom condo in the Westlight for sale, with a $1.995 million price tag attached, as first reported by the Wall Street Journal.

Harris originally purchased the D.C. condo for $1.775 million in 2017, back when she was serving as the U.S. Senator from California.

The VP hasn’t actually lived in the 1,731-square-foot apartment for a while; since her and President Biden’s inauguration, she and Emhoff have been temporarily residing at Blair House while they waited for renovations to be completed at Number One Observatory Circle.

The Westlight condo features natural oak hardwood floors and custom Italian cabinetry throughout. The kitchen is fitted with a custom island, white cabinetry, a natural gas cooktop and a walk-in pantry.

The owner’s suite is equipped with custom walk-in closets, and the bathroom is outfitted with a glass-enclosed shower with teak floors and a double vanity.

The Westlight also has a rooftop terrace with a 25-meter rooftop pool, in addition to a private clubroom and gym for residences. The building has a full-time doorman and concierge, though security protocols were reportedly especially high following the election, per the WSJ.

This isn’t the only home Harris has listed for sale since the election; she also parted ways with her longtime San Francisco apartment earlier this year. Harris and Emhoff do, however, continue to own their 3,500-square-foot in the Brentwood neighborhood of Los Angeles, which Emhoff purchased for $2.8 million in 2012. 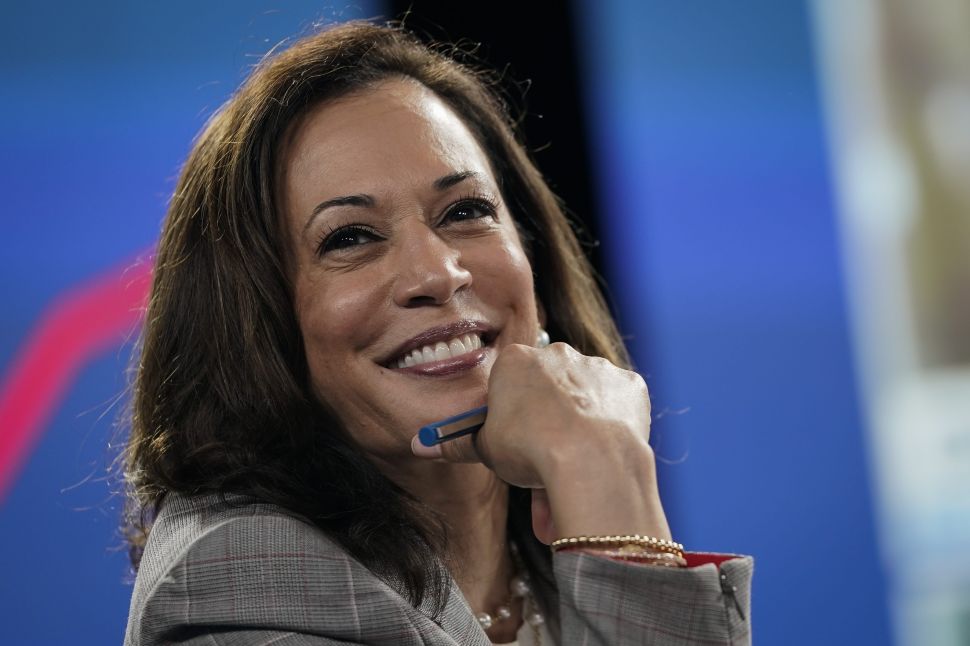