Yoko Ono is as well known for her humanitarian efforts as she is for her consistently earnest artistry, so it makes total sense that, alongside Serpentine Galleries and ClearChannel, she’s created billboards across the UK for Earth Day that are straightforward in their simplicity. The billboards are stark white and black and simply read “I LOVE YOU EARTH,” and they’ve been placed in several high-traffic areas around the United Kingdom. The billboards are part of Serpentine Gallery’s multi-year project “Back to Earth,” wherein dozens of artists and organizations have been asked to make work responding to the world’s environmental crisis.

During the pandemic, Ono also made “DREAM” and “TOGETHER” banners for the Metropolitan Museum of Art. Clearly, her ethos has a lot to do with what we’re all thinking collectively, rather than catering to the specificity of individualistic anguish. The “I LOVE YOU EARTH” messaging also corresponds to a song on Ono’s 1985 album Starpeace which has lyrics that read: “I love you, earth, you are beautiful / I love the way you are / I know I never said it to you / But I wanna say it now.”

“There are so many of us in the world who are now awakened, ready to act to save our world,” Ono said in a statement that illustrated her passion for the cause. “So, let’s work together to save this planet. Together. That’s how we will change the world. We change, and the world changes. Have trust in what you can do. Have trust in how fast we can change our world for the better. Why? Because we have to. Believe that we are one and together we will make it. Love is what connects all lives on Earth.” 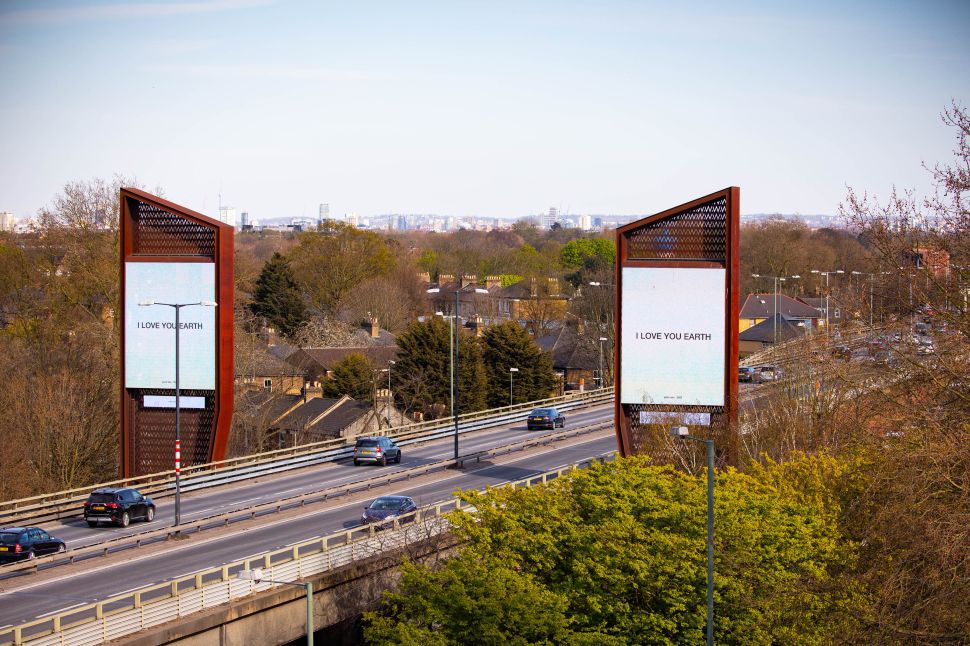