In December, with no end in sight to the pandemic, Warner Bros. made the shocking decision to release its next 18 films in both theaters and on HBO Max beginning with Wonder Woman 1984. Strategically, the drastic pivot was defensible. Movie theaters were still struggling mightily (as they continue to do) and WarnerMedia wanted to jumpstart its shiny new streaming service. But failing to properly notify talent and corporate partners involved ended up costing the company hundreds of millions of dollars.

Standard compensation packages for big stars are often tied to the box office performance of the films they star in. Any change to a movie’s availability and theatrical windowing may have a ripple effect on ticket sales. After WB doled out massive checks left and right to ameliorate its angry partners, Paramount Pictures may be the next studio left to assuage the doubts of its talents.

Hollywood power couple John Krasinski and Emily Blunt, the creative duo behind A Quiet Place Part II, are reportedly locked in a pay dispute with Paramount over the highly anticipated upcoming horror sequel, according to Bloomberg. As the theatrical movie industry continues to evolve amid a game-changing pandemic, Paramount had previously announced that several films, including A Quiet Place Part II, would be re-routed to new streaming service Paramount+ within 45 days of their theatrical debut, rather than the standard 90 days. The film will arrive May 28 when most U.S. theaters are still operating at limited capacity.

As Paramount adopts a shorter theatrical window to more quickly funnel films to Paramount+, Krasinski and Blunt are reportedly concerned the move will undercut ticket sales. Audiences can now wait until the film is made available on the streamer rather than venture to theaters. The original A Quiet Place earned $341 million worldwide in 2018 against a $20 million budget. The sequel was expected to be a top grosser for the studio once again in 2020 before being hit with multiple delays as a result of the coronavirus.

Krasinski and Blunt have reportedly asked Paramount for additional compensation to make up the difference, a request Paramount is said to have rebuffed thus far. The pair’s sticking point with the studio could be viewed as a microcosm for Hollywood compensation in this new ecosystem of shortened theatrical windows and hybrid releases.

Major creatives often negotiate a cut of box office receipts as a traditional global theatrical rollout offers the most monetary upside. Robert Downey Jr., for example, earned north of $75 million for Avengers: Infinity War and likely more for Avengers: Endgame as a result of its box office success. Netflix is known to provide massive upfront sums to talent in an effort to buyout these backend deals since the company doesn’t utilize typical theatrical releases. Warner Bros. was forced to further compensate partners earlier this year as a result of its day-and-date streaming strategy. Now, Paramount finds itself at odds with the writer, director and star of its upcoming blockbuster.

During the pandemic, Paramount has generated much-needed revenue at the expense of its direct-to-consumer endeavors by selling several films to rival streamers. These include The Lovebirds and The Trial of the Chicago 7 to Netflix as well as Coming 2 America and Without Remorse to Amazon Prime Video. But the studio has held on tightly to A Quiet Place Part II and Top Gun: Maverick as it expects both to be moneymakers at the box office.

Bloomberg notes that “ViacomCBS has no contractual obligation to pay extra money.” But talent relations are key to greasing the wheels of Hollywood. What happens with this dispute may have far-reaching implications for other major stars moving forward. 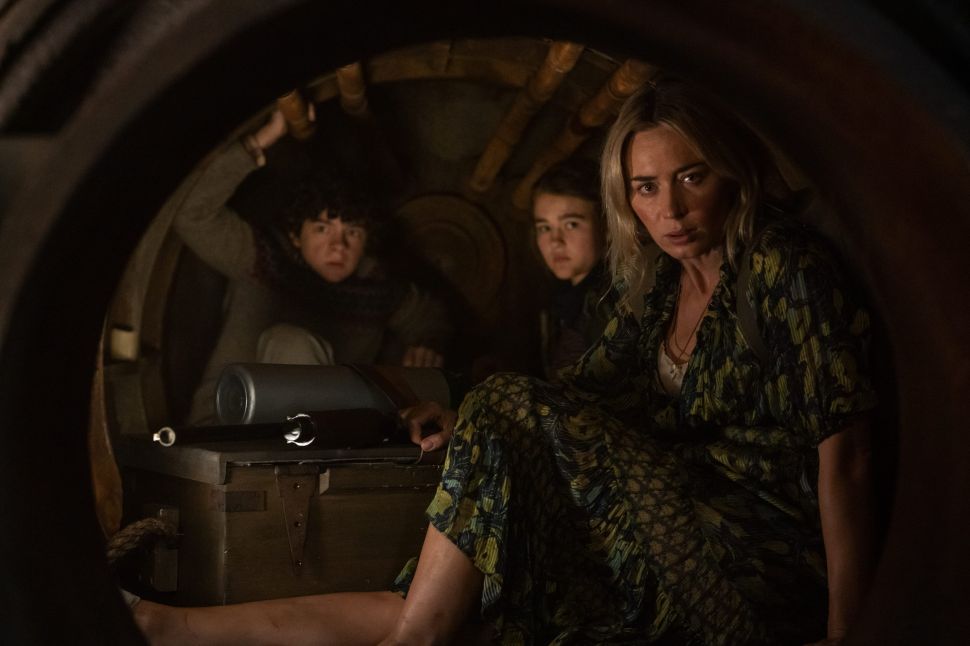