Fans of the NBA are well aware of the importance of Christmas Day. Traditionally, the holiday is home to a series of marquee matchups between premier teams in what is viewed as an early sneak peak of the playoffs. If nothing else, the NBA’s Christmas slate at least marks the day when basketball shakes off the malaise of the early regular season and begins to truly round into competitive form.

Memorial Day Weekend has long served a similar purpose for the film industry. The holiday weekend historically marks the start of the summer blockbuster movie season. It’s a catalyst, launching pad and beacon all in one. Kids are off from school and offices are typically closed on Monday, transforming Memorial Day Weekend into one of the most lucrative box office windows of the calendar year. It was not only fertile ground for hopeful franchise starters and sequels, but also a boon to big films released earlier in May with an extra day of breathing room.

“In the modern era, it has signified the start of the biggest movie season of the year.”

Before last year, no four-day Memorial Weekend had grossed less than $182 million total dollars over the last two decades. Despite waning importance in recent years, Hollywood once again needs Memorial Day Weekend to thrive for the good of the industry.

The importance of Memorial Day Weekend

“In the modern era, it has signified the start of the biggest movie season of the year,” Paul Dergarabedian, senior media analyst at Comscore, told Observer.

Yet Memorial Day Weekend has lust some of its luster over the last 15 years. With the right movie and the right marketing campaign, studios have figured out how to release blockbuster films in nearly every corridor of the calendar, not just the summer. Bill Paxton’s Twister (May 10, 1996) and Matthew McConaughey’s submarine thriller U-571 (April 17, 2000) helped to pry the doors of summer open a bit wider. Universal’s Fast and Furious franchise has enjoyed varying release dates across April, May, June and August over the last 20 years. Deadpool and Black Panther transformed February into a powerhouse while Joker and Venom treated October to a box office glow up. And for a decade straight, Marvel has released their big summer movie weeks out from Memorial Day Weekend.

“The calendar has shifted,” Dergarabedian said. “If Marvel puts out Avengers: Endgame on April 26, then guess what? Summer stars on April 26.”

Memorial Day Weekend, once perched atop the blockbuster box office hierarchy, is no longer the behemoth it once was. But the pandemic has once again reoriented the holiday at the center of Hollywood’s universe, if only for a year. With Disney’s Cruella and Paramount’s A Quiet Place Part II both arriving Friday, it marks the first time studios are releasing more than one big picture in the same weekend of the pandemic. After losing billions upon billions in revenue over the last 15 months, this weekend is optimistically the nominal kickoff to the 2021 summer blockbuster movie season and a definitive step toward recovery.

“This may be the most important Memorial Weekend since the advent of the summer season both symbolically and in terms of revenue potential,” Dergarabedian said. “We’re still in a limited marketplace. But to have A Quiet Place II and Cruella, pent-up demand, vaccination numbers rising—it’s going to be a really important weekend irrespective of what the grosses are.”

So, as Hollywood remains leagues away from a healthy and viable theatrical film industry, can A Quiet Place Part II and Cruella truly jumpstart the healing process? That’s the hundred million dollar question.

Warner Bros. has been putting out films theatrically and on HBO Max simultaneously this year, a hybrid strategy that has generated decent enough results. That Godzilla vs. Kong is on the verge of earning $100 million domestic is a sign of life that studios can indeed make some money by putting films into theaters.

A Quiet Place Part II stands alone as an exclusive theatrical release (for 45 days) while Disney understandably hedged its bet with Cruella as a hybrid Disney+ Premier Access and theatrical release. Their potential success or failure is representative of how viable the theatrical business is in the short-term based on where we’re at in the pandemic.

“This feels like the make-or-break weekend,” Bruce Nash, Founder of The Numbers, a box office analysis and tracking service, told Observer. “If A Quiet Place II doesn’t do so well, then studios like Paramount and Sony, who are not relying on hybrid strategies, may reevaluate their schedules through the rest of the year.”

In other words, a box office flop may have disastrous consequences for current schedules. The biggest box office weekend (April 23-25, 2021) of the pandemic mustered a measly $57 million, per Comscore. The hope and bated-breath expectation is that this weekend will top it.

When looking at Cruella, we can compare it to recent Disney live-action reimaginings such as Marry Poppins Returns ($24 million opening weekend), Maleficent: Mistress of Evil ($37 million), and Dumbo ($46 million). Nash argues we can then expect Cruella to open in the $30 million range over a normal three-day weekend. But we are still far from a normal marketplace.

“For family audiences, we’re seeing about half of the typical audience in the pandemic, bringing it down to $15 million,” Nash said. “The big question is whether Memorial Day will shift that. So far during the pandemic, we haven’t really seen holiday weekends make much of a difference. Christmas, New Year, MLK didn’t do better or worse than your typical pandemic weekend.”

But based on pent-up demand, positive buzz, and the Disney brand, Nash expects Cruella to open above $15 million over the three-day weekend when all is said and done.

As for John Krasinski and Emily Blunt’s A Quiet Place Part II, a $70 million to $75 million opening three-day weekend would be the norm in non-pandemic circumstances. But within the reality Hollywood is faced with today, it’s still poised to threaten GvK‘s pandemic-best debut of $32.5 million if not outright best it.

“We’re currently seeing 35% of the audience for that type of horror-thriller genre film, so absent of it being Memorial Day, we right now expert that to do $25 million,” Nash said. “But I’d be surprised if it did less than $30 million and it could even do $40 million.”

Memorial Day Weekend will always be a vital box office stretch for Hollywood, even if it is no longer the prestigious blockbuster real estate it once was. But as a result of unprecedented circumstances, this holiday weekend may be the most crucial to Hollywood’s health of any in the last 45 years. If Cruella and A Quiet Place Part II underperform, well, we’re still nowhere near a normal marketplace. Traditional metrics can’t always be applied in such strange times. But if both films perform better than expected, it represents the biggest step toward recovery yet. 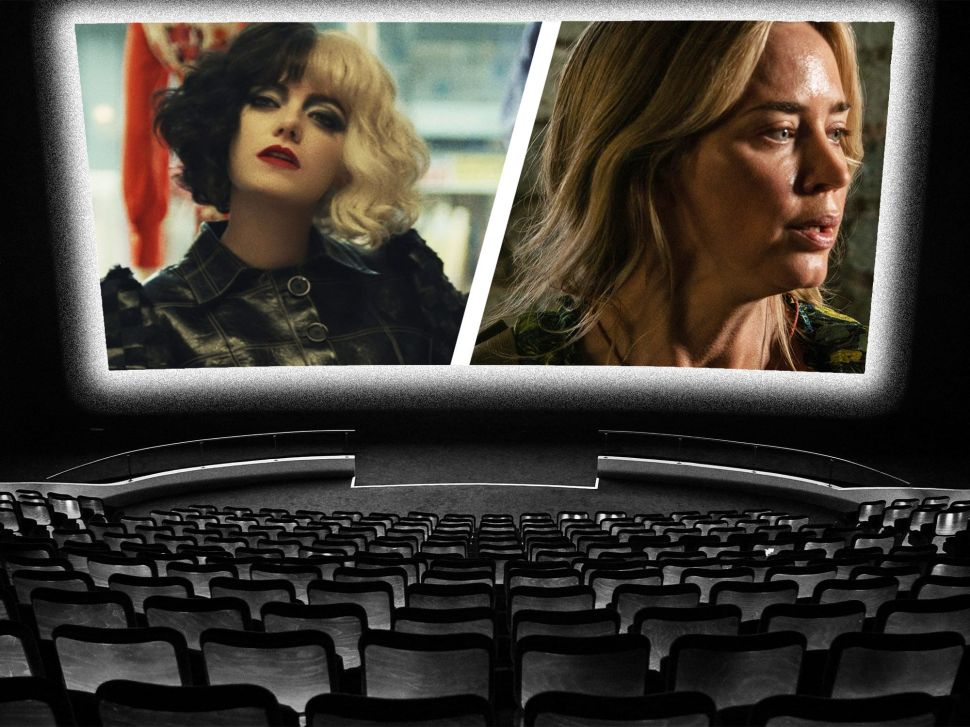