A Quiet Place, the surprise-hit 2018 shocker about lethal alien insects invading American soil with the sole purpose of eradicating the human race with as much blood and violence as possible, delighted thrill seekers of all ages (including the critics).  A Quiet Place Part II has some of the same punch, but less content and character development, relying entirely on moments of paralyzing terror to keep the weakened narrative afloat.

John Krasinski fans might be disappointed that he is no longer around as part of the plot, except in a brief prologue recreating the first day of the terrors, when he became an early menu item on the bug buffet. Instead, he left behind Emily Blunt, both his real-life and onscreen wife, and their two kids and newborn baby to fend for themselves against an army of flying extraterrestrial monsters with razor-sharp daggers for teeth and bodies that hop, leap, jump and pounce like grasshoppers on growth hormones.

Mr. Krasinski may not be fully back in the role he originated, as the farmer in upstate New York whose world is decimated by carnivorous creatures from outer space, but serving as writer and director, his sequel is still very much a film of his own creation as he continues the panic and pandemonium in full force, focusing on surviving family members. It’s been 474 days since the horror began, and what’s left of the apocalypse is a bleak and hopeless landscape of disaster and wreckage littered with corpses. Seeking refuge in some sort of abandoned warehouse with underground chambers and hideout tunnels, everyone communicates in sign language accompanied by uneven whispering (don’t forget, the monsters can only track you through sound, so the only key to survival is silence).

This makes the oldest daughter, Regan, the most important family member because to her, the whole planet is “a quiet place.” Regan is deaf, and maneuvering in a life of trauma and disadvantage comes naturally for her. Her bravery and resourcefulness are invaluable, adding weight and balance to scenes of unbearable tension, from an underwater rescue and a near gang rape to the enormous courage it takes to prevent the the baby from crying while the savage flesh-eating fiends hover overhead. The film depends on harrowing moments of unpredictable close calls punctuated at the kind of hair-raising special effects Mr. Krasinski stages very well.

In the final haul, A Quiet Place Part II adds nothing new to its predecessor, provides no resolution, offers no urgent reason for another installment and seems to have gone about as far as it can go. With no solution to the horrors it introduces, it’s a screamfest that seems rather pointless, too, but somewhat redeemed by a few genuine thrills, an imaginative use of makeup and camerawork, and a great supporting performance by the gifted young Millicent Simmonds, who returns as Regan. She’s deaf herself—which adds authenticity and truthfulness to the intensity, and seems to have an inspiring effect on everyone else on the screen. 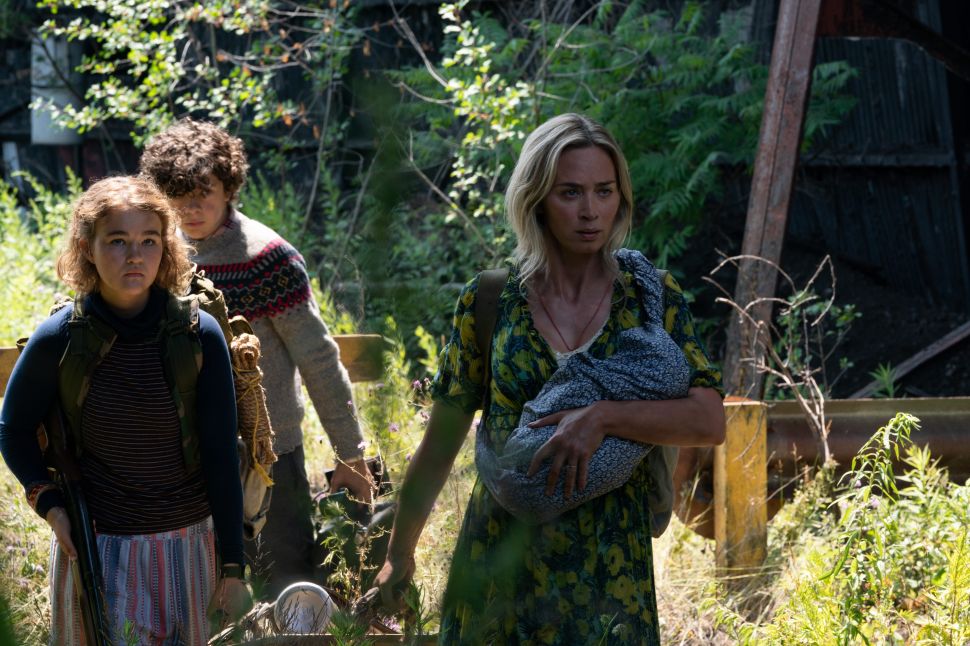