The Protecting the Right to Organize (PRO) Act, a piece of federal legislation which has passed the House of Representatives and is gaining votes in the Senate, is the strongest effort in support of the labor movement in almost a century. One of the bill’s heaviest hitting provisions would allow workers currently misclassified as independent contractors to be classified as employees, capable of joining or forming unions and bargaining collectively. Members of today’s precariat, such as Uber drivers, would be covered by the bill, as would performing artists who earn a living working gig to gig. Many of the big performance unions, such as Actors’ Equity Association, alongside other AFL-CIO affiliates, are organizing to get the bill passed. They are getting the word out about the benefits of the bill to their members and putting pressure on Democratic senators still refusing to sign on.

For musicians, who invented the term “gig work,” the need for better and deeper unionization is obvious. Under current law, most musicians are classified as independent contractors. For musicians working short term gigs, which is almost all musicians, the law recognizes only their band leader as their employer, as opposed to the venue or festival that is actually profiting off of them. Because the law does not see venues as musicians’ employers, they cannot approach them to bargain for fair minimum rates or good working conditions.

Ray Hair, the International President of the American Federation of Musicians (AFM), told Observer, “The PRO Act will finally recognize musicians’ short term work as that of an employee, and employees are able to organize under the laws of the National Labor Relations Act [passed in 1935] to protect themselves from unfair labor practices.”

Another transformative provision in the PRO Act is a repeal of the secondary or solidarity strike ban instituted by the loathed anti-labor Taft-Hartley Act of 1947. Phillip Golub, a Steering Committee member of Music Workers Alliance (MWA), a worker center for independent musicians, explains the current legal situation as such:

The repeal of the ban on secondary strikes would allow recording artists to collectively bargain with the streaming services that are making the most money off of them, even though they are not their direct employers. Together with the reclassification of workers, this provision would have profound short-term benefits on the lives of performers, and many others currently classified as gig economy workers. They and their unions would be able to extract more of the money they earned for their employers from their employers, who would be recognized as such.

More complicated to assess is how those effects would impact these industries in the long term.

In conceptualizing what the labor movement in the performing arts might look like post-PRO Act, Philip Golub of MWA looks to the deeper unionization of the middle of the last century as a guiding light. He told Observer, “Basically every gig from small bars and clubs up to Carnegie Hall was a union gig, there was a union scale, and if a club owner or a venue owner mistreated somebody, musicians would go on strike and other unions would strike in solidarity with them, and teamsters would stop delivering the beer to the bar.” The PRO Act, according to Golub, could bring about greater solidarity across industries and a labor environment in which an injustice to one is an injustice to all.

Jeffrey Bennett, Chief Deputy General Counsel and Executive Director for SAG-AFTRA, doesn’t look to the past for what the unionization of gig and freelance workers might look like should the PRO Act pass. Instead, he looks to Hollywood. He wants other industries who are afraid of what the PRO Act might bring to look to the entertainment industry and breathe a sigh of relief.

Bennett told Observer, “Especially in an ever-increasing gig economy world you can have gig freelance employees that are part of a union that gain the benefits of the working conditions and the wages, health plans, and retirement plans, even though they don’t just work for one employer. Our industry is a perfect example of that. It’s an enormously successful industry and almost every aspect of it is unionized.”

Overall, the performance unions see in the long-term benefits in the PRO Act a new fairness for all workers, including artists. It would give workers more leverage in a dizzyingly complex economy that is changing every minute. Over time, the cumulative effects of such benefits could transform the music and entertainment industries and empower performing artists.

Encouraged to see themselves as entrepreneurs, today’s performing artists often blame themselves when they cannot make a living, no matter how talented they are or how hard they work. However, the labor movement presents a counterbalancing ideology to the struggling artist. Golub of MWA told Observer, “the main reason why we’re all poor is not that we haven’t marketed ourselves well enough or that we haven’t figured out the right branding for our work or paid for the right Instagram ad, but the reason is exploitation in our industry.”

Talent and self-promotion are only half of the equation for success as an artist. The other half has to do with working with other artists and with unions to act collectively to demand fair wages and better treatment from exploitative companies. SAG-AFTRA President Gabrielle Carteris told Observer, “The Pro Act provides the tools workers need in today’s world to fairly and freely come together and have a seat at the table.” By enabling many more artists to walk into contract negotiations with their union at their side, the PRO Act has the ability to raise the expectations of performing artists about what they deserve. As unionized workers, and not isolated small businesses, artists would potentially have many more options and a much brighter future. 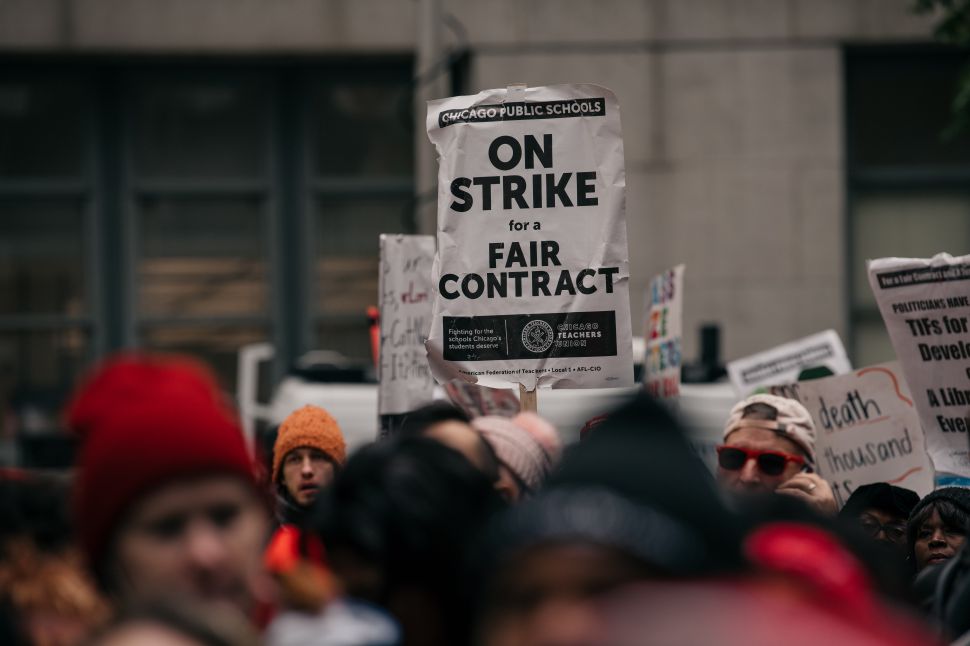