As the first major contemporary art fair to take place in New York City in the uncertain time period between the pandemic and the post-pandemic, all eyes were on Frieze New York as it unfolded over the last week. Fortunately, from what Observer could tell on the ground, collectors and galleries alike seemed to be cautiously thrilled and excited to engage with one another again; however, the exit numbers in terms of sales also paint a vivid picture of how far along the art world is in terms of reopening completely.

The fair officially closed on Sunday, and several different galleries reported that they had sold out their booths completely. David Zwirner gallery stated that they sold out their booth of new paintings by the controversial artist Dana Schutz, and that each of her paintings went for between $700,000 and $900,000. This is a notable shift from the online-only version of Frieze New York in 2020, when David Zwirner reported a $400,000 sale of a Suzan Frecon painting and a $220,000 sale of a Wolfgang Tillmans quadtych.

Canada gallery also reported that they had sold out their booth, which included works by the artists Katherine Bernhardt, Luke Murphy, and Rachel Eulena Williams works. The artwork sold by Canada ranged from $10,000 to $65,000 overall. Elsewhere, Hauser & Wirth scored $800,000 for The Drifter (2021) by George Condo, Lehmann Maupin was cleaned out of works by the artist Dominic Chambers at prices ranging between $35,000 and $40,000 and James Cohen gallery sold multiple works by Trenton Doyle Hancock for prices ranging between $38,000 and $60,000.

“We have been so excited to return to some sense of ‘normalcy’ with the return of Frieze New York this year,” Tina Kim, the Founder of Tina Kim Gallery, said in a statement. “It has been an empowering experience to connect with so many collectors, fellow galleries and artists, and our sales have reflected that. The pandemic has really enabled us to look at how fairs should be done in this new age, and we have felt safe and protected while showing some of our most cherished artists.” 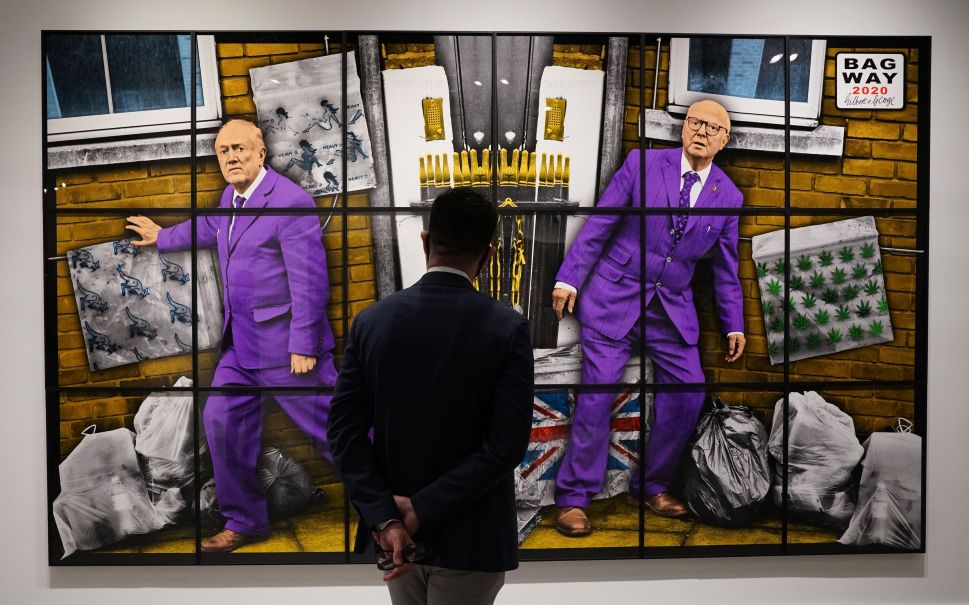