Jeff Bezos’ Blue Origin and Elon Musk’s SpaceX are sparring before Congress over a multi-billion-dollar NASA contract to build a moon lander for the space agency’s Artemis Program, which aims to return humans to the moon by 2024. But according to Bernie Sanders, neither company should ask for tax payers’ money for the job in the first place when their founders have a combined fortune of $350 billion.

In an attempt to block a $10 billion Congress funding to Blue Origin, the Vermont senator on Monday submitted an amendment to the Endless Frontier Act, created in April with the goal to keep the U.S. space program competitive against other countries, seeking to reverse what he called a “multi-billion dollar Bezos Bailout.”

The bailout refers to an amendment submitted by Washington Senator Maria Cantwell, a Democrat, earlier this month calling for an extra $10 billion in funding for the Artemis Program and urging NASA to pick a second company to build moon landers for the project. The space agency awarded SpaceX a $2.9 billion contract for the job last month. It’s believed that Cantwell was suggesting that Blue Origin should get a contract as well. Blue Origin is headquartered in Washington State.

“Jeff Bezos is the richest guy on the planet. He’s gotten $86 billion richer since the start of the COVID pandemic. Does he really need $10 billion from Congress for space exploration?” Sanders tweeted through his personal Twitter account Wednesday.

Jeff Bezos is the richest guy on the planet. He's gotten $86 billion richer since the start of the COVID pandemic. Does he really need $10 billion from Congress for space exploration?

“Our space program should be something that we all take part in. We shouldn’t hand over $10 billion in corporate welfare to Jeff Bezos or Elon Musk, who are jointly worth $350 billion to fund their space hobby,” the senator said during a presentation on Capitol Hill on Monday.

When we landed on the moon, there was great collective pride in that achievement. Our space program should be something that we ALL take part in. We shouldn’t hand over $10B in corporate welfare to Jeff Bezos or Elon Musk, who are jointly worth $350B, to fund their space hobby. pic.twitter.com/f1uLPXPjuR

Blue Origin has filed an 50-page complaint with the Government Accountability Office challenging the SpaceX contract. Blue Origin CEO Bob Smith argued that NASA had misjudged advantages of Blue Origin’s proposal and downplayed technical challenges in SpaceX’s because it promised a lower bottom-line cost to build the moon lander.

Defenders of Bezos and Musk argue that the vast majority of their fortune is tied in Amazon and Tesla stock and that it would be unrealistic to expect them to turn that equity into cash overnight to fund whatever society believes is the right thing to do.

Of course, Sanders isn’t asking either entrepreneur to plunk down $100 billion to fly humans to the moon. But it’s not so crazy to imagine that Bezos could easily self-fund a lunar lander without the $10 billion from NASA. In fact, the world’s richest man does liquidate small chunks of his Amazon stock regularly to fund his space dream. Since 2017, Bezos has been selling $1 billion of Amazon stock every year to support Blue Origin.

The higher Amazon stock goes, the fewer shares he needs to sell to get that cash. “Every time you buy shoes, you’re helping fund Blue Origin, so thank you. I appreciate it very much,” Bezos said to Amazon customers during an event in February 2019. 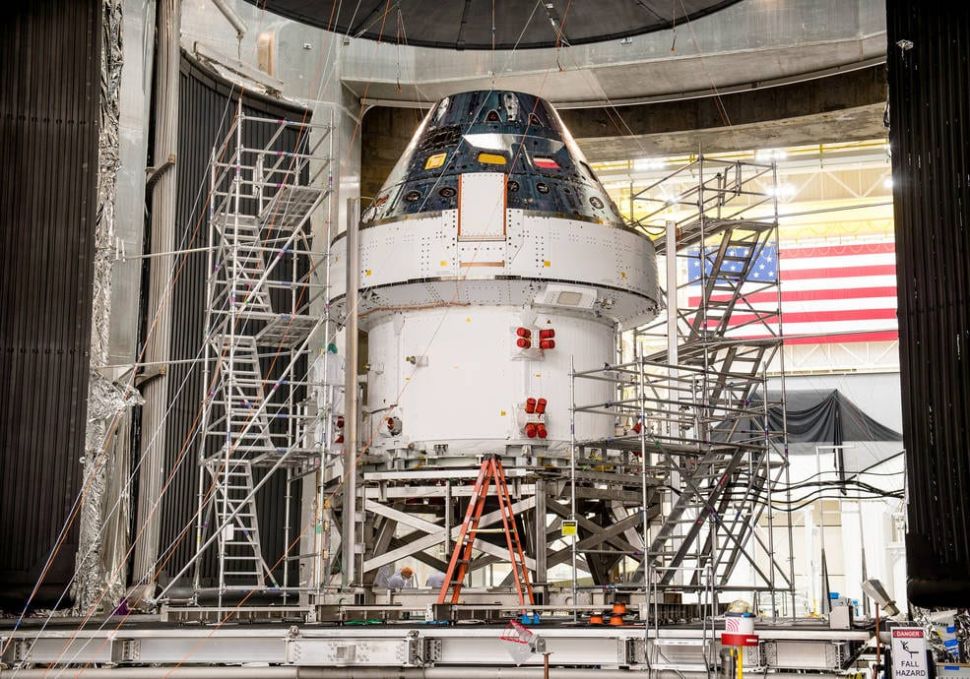