The unofficial start of summer is mere days away, which means that we’re reached the season of weekend getaways. If you’re heading to the Hamptons this summer and you’re wondering where to get in a good workout (that is, once you’ve finally made it out East after sitting in endless hours of traffic while attempting vacate the sweltering sauna that is New York summer), we’ve got you covered.

For those that want to stay active (along with sipping a few glasses of rosé and indulging in plenty of Tate’s cookies), there are tons of fitness studio options to try in the Hamptons. Whether you’re into Pilates, cardio, spinning, yoga or HIIT classes, we’ve found all the top spots to work up a sweat during your time out East. Below, see all the best places to workout when you’re in the Hamptons this summer.

Celeb-adored trainer Tracy Anderson now has studios in Mill as well as in East Hampton, and this summer, she’s launching her very own reformer. The Gwyneth Paltrow-approved workout maven has been working on the Anderson Moto Air Pro Reformer for over a year, and it’s being released at her East Hampton studio, now known as The Tracy Anderson Body Lab @ East Hampton, this summer. Starting in July, the East Hampton locale will exclusively offer private sessions on the Anderson Moto Air Pro Reformer, but you can still opt for a group class (sans fancy machinery) at the Mill studio. $55 to $67.50 for non-member pricing at Mill studio; $2,500 for 10-class package at East Hampton studio, Tracy Anderson.

SLT’s Southampton and East Hampton locations are now open for the summer, offering the studio’s signature Megaformer workout. It’s a notoriously tough class, but you’ll leave the sweat session feeling so good afterwards. If you’re still not too keen on the indoor workout, don’t fret, as SLT is also planning on hosting outdoor pop-up classes throughout the summer, as well as private in-home sessions. $45 per class, SLT.

If you’ve missed your spin classes dearly over the past year, then definitely check out SoulCycle’s Hamptons studios; there are now outdoor classes Bridgehampton (Barn), Mill and Montauk locations. If you’re looking for a head-to-toe wellness moment, acupuncture studio Ora has a pop-up at the Barn throughout the summer, with two treatment rooms for gua sha, cupping, ear seeds, acupuncture and more. $50 per spin class, SoulCycle.

We can’t recommend pilates guru Erika Bloom enough, and she’s back in Mill this summer. Bloom’s Hamptons studio reopens Memorial Day weekend, with full daily schedule of private classes to book throughout the season. $200 to $300 per 1:1 session, Erika Bloom Pilates.

If you’re looking for a healthy dose of cardio with toning, try DanceBody, which is a combination of dance cardio and sculpting. Katia Pryce and her team of instructors are teaching classes at The Clubhouse in East Hampton from Memorial Day through Labor Day, as well as at Hero Beach Club in Montauk from July 1st through Memorial Day Weekend. $50 per class, DanceBody.

At-home workouts are nice, but there’s nothing like getting back on that Reformer for an in-person Pilates class. New York Pilates’ Southampton and Montauk studios are both open now, with classes offered daily throughout the summer. We’re *very* excited about reuniting with the beloved Reformer. $40 per class, New York Pilates.

Loyal fans of this cult-favorite HIIT workout will be thrilled to know that the two Barry’s Hamptons locations are opening for the summer. There are daily 50-minute classes offered at the Southampton and Wainscott studios starting May 28, with the option for a 100 percent capacity class for those who are fully vaccinated, and 50 percent mask-required classes for those who aren’t, or just for those who prefer to keep masked. $50 per class, Barry’s Bootcamp.

P.volve, the workout based on physical therapy and functional movement, is popping up at Topping Rose house in Bridgehampton starting Memorial Day weekend. The fitness studio is holding two classes per day from Wednesday through Sunday for the duration of the summer. $55 per class, P.volve.

Fitness professional platform Talent Hack is partnering up with Gurney’s Montauk this summer. A variety of in-person classes, including sculpt, barre, HIIT and more, will be held four or five times a week at the hotel. The classes are taught by a number of different fitness instructors, and are offered from Memorial Day through Labor Day. $30 per class, complimentary to Gurney’s Montauk Hotel Guests, Gurney’s Montauk.

Equinox is finally coming to the Hamptons, as the gym has opened up a permanent seasonal Bridgehampton location, which will offer classes through the end of October. Aside from all the usual fancy gym equipment, Equinox will also offer group classes to members, including barre, yoga and Pilates Mat options. $300 per month for existing members, $3,000 for a seasonal membership for non-members. Equinox Hamptons.

The Surf Lodge  might be best known for its concerts, lobster rolls and extremely packed rosé-filled Saturday events, but it’s also where you’ll find a special wellness series during the summer. Every Saturday at 10 am, there’s a *free* workout class at the Surf Lodge, with a rotation of instructors including Isaac Boots, Stephen Cheuk and Nina Agdal. Free classes every Saturday, The Surf Lodge. 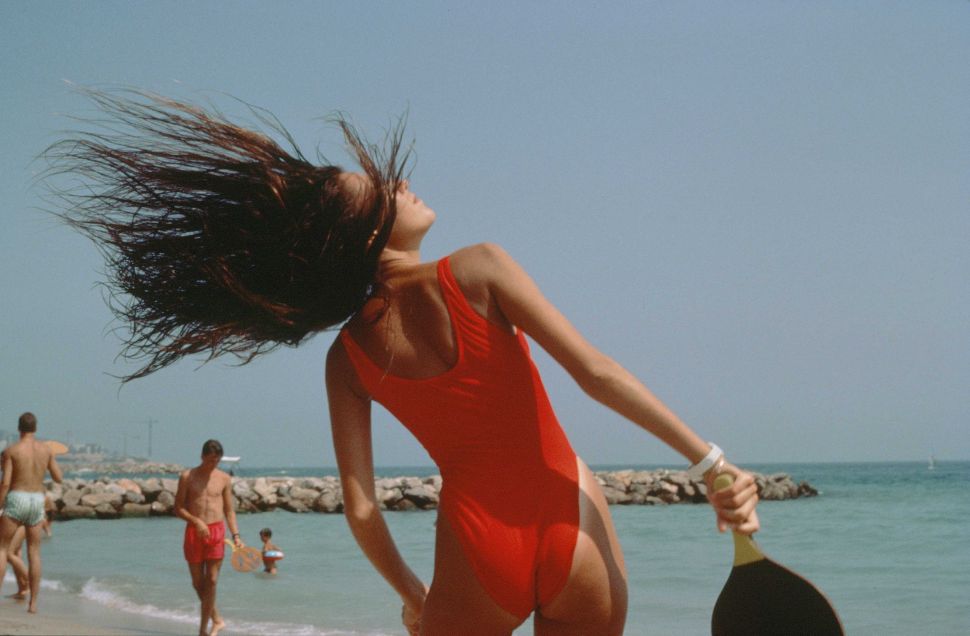