Too often, we get caught up in the arms race for prestige programming when it comes to entertainment. Which new devastating drama has serpentined its way into the Emmys race? Which new A-list filmmaker has migrated to streaming? When’s the latest blockbuster movie spinoff arriving? It’s understandable why these questions drive our attention. But let us not forget the biggest demographic: families and children.

While many of us are busy with The Handmaid’s Tale, Mank and whatever dark and grisly true crime documentary has captured our attention, kids’ content reigns supreme as a huge streaming category. It’s why the majority of the major streaming services invest hundreds of millions of dollars into the genre every year. So if you’re looking for something to watch with your kids, why not try one of these family-friendly films currently streaming on Netflix.

Fueled with determination and a passion for science, a bright young girl named Fei Fei builds a rocket ship to the moon to prove the existence of a legendary Moon Goddess. There she ends up on an unexpected quest, and discovers a whimsical land of fantastical creatures. Directed by Glen Keane, Over the Moon is a plucky addition to Netflix’s growing library of original kids’ movies with fun animation and a few ear-worm songs. It’s a musical adventure dedicated to the idea of moving forward, embracing the unexpected, and the power of imagination. Watch it on Netflix.

This adaptation of the classic tale of a forest creature who shares the enduring power of hope hails from the creators of Despicable Me. The animated adventure follows the journey of a 12-year-old as he searches for the one thing that will enable him to win the affection of the girl of his dreams. To find it he must discover the story of the Lorax, the grumpy yet charming creature who fights to protect his world. With a voice cast featuring Danny DeVito, Ed Helms, Zac Efron, Taylor Swift and more, it’s no wonder this film has stuck around since arriving all the way back in 2012. Watch it on Netflix.

Cloudy With a Chance of Meatballs

Filmmakers Phil Lord and Chris Miller have gone on to help create some top notch entertainment ranging from the 21 Jump Street rebooted franchise to the Oscar-winning Spider-Man: Into the Spider-Verse. The pair even have another title on this list coming right up. But their filmmaking career truly started with Cloudy With a Chance of Meatballs, their feature directorial debut. It contains all the sweetness and humor you’ve come to expect from the talented duo. Watch it, just make sure you have plenty of snacks on hand. Watch it on Netflix.

The Mitchells vs. The Machines

It’s no exaggeration to say that The Mitchells vs. The Machines, also produced by Lord and Miller, is one of the five best films released in 2021 thus far. A quirky, dysfunctional family’s road trip is upended when they find themselves in the middle of the robot apocalypse and suddenly become humanity’s unlikeliest last hope. Amid the sci-fi shenanigans, a truly heartwarming story of youthful maturity, parental growth, and family bonds slowly ensconces your heart. It also helps that The Mitchells vs. The Machines features some extremely inventive animation and a snappy sense of humor that playfully tugs at Gen Z internet culture. Watch it on Netflix.

The Boy Who Harnessed the Wind

Here’s one that’s a bit more mature than the kid-friendly animation that composes much of this list. But it’s still appropriate for children and arguably more important than other contenders due to its subject matter. Common Sense Media rates the inspirational film for audiences 12-years-old and up.

Against all the odds, a thirteen year old boy in Malawi, inspired by a science textbook, invents an unconventional way to save his family and village from famine. Based on the best selling book and true story of William Kamkwamba, it marks Chiwetel Ejiofor’s feature directorial debut. Watch it on Netflix. 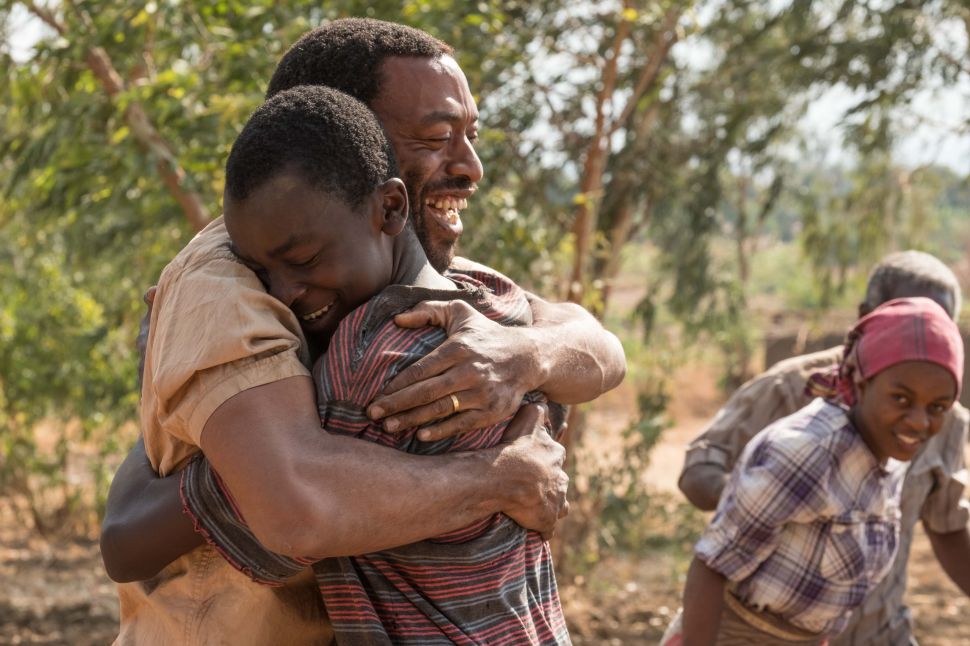