For both film fanatics and casual enthusiasts, going to the movie theater represents a mixture of comfort and excitement—both a commonplace pastime and a standout occasion. Knee deep in pandemic isolation, it became a relic of social days past. But this summer, with vaccinations on the rise and the the country inching back toward recovery, we’re finally getting our moviegoing marathons back and on a greater scale than before.

With a wave of 2020 blockbuster films finally getting their day in the sun after numerous delays, audiences can anticipate seeing their favorite performers again on the big screen in 2021. There are more releases than you may know what to do with coming up, so here’s a summer calendar to help you sift through them, complete with this season’s biggest release dates and how to watch them.*

The Killing of Two Lovers – May 14

Spiral: From the Book of Saw  – In theaters May 14

The Woman in the Window – On Netflix May 14

Army of the Dead – In theaters and on Netflix May 21

Cruella – In theaters and on Disney+ May 28

A Quiet Place Part 2 – In theaters May 28
Starring Emily Blunt, Millicent Simmonds, Noah Jupe, John Krasinski and Cillian Murphy, A Quiet Place Part 2 follows the Abbott family as they fight for survival against noise-driven monsters in silence. In the sequel, the Abbotts venture out of their home in search for survivors in the broader post-apocalyptic world. John Krasinksi directs the film as well.

The Conjuring: The Devil Made Me Do It – In theaters and on HBO Max June 4

In the Heights – In theaters and on HBO Max June 11

The Hitman’s Wife’s Bodyguard – In theaters June 16
The action-comedy The Hitman’s Wife’s Bodyguard features a star-studded cast of Ryan Reynolds, Salma Hayek and Samuel L. Jackson as well as new appearances from Frank Grillo, Morgan Freeman and Antonio Banderas. The film portrays Michael Bruce’s reluctant return to his bodyguard role as he teams up with a hitman and his infamous con artist wife to challenge a dangerous mad man.

The Sparks Brothers – In theaters June 18

Summer of Soul – In theaters and on Hulu July 2

The Forever Purge – In theaters July 2

Black Widow – In theaters and on Disney Plus July 9
After a year-long delay, Black Widow is finally getting star treatment in a solo film arriving on the big screen and Disney+ in July. From director Cate Shortland, the prequel features Scarlett Johansson as Natasha and explores the character’s dark past while providing new insight into her sacrifice in Avengers: Endgame. Florence Pugh and Robert Downey Jr. also star in the film.

Roadrunner: A Film About Anthony Bourdain – In theaters July 16

Space Jam: A New Legacy – In theaters and on HBO Max July 16

The Green Knight – In theaters July 30
Adapted from the 14th century medieval poem “Sir Gawain and the Green Knight,” director David Lowery’s latest film offers another glimpse into the epic world of King Arthur and the knights of the round table. Starring Dev Patel as Sir Gawain, the film follows Gawain’s journey to confront the Green Knight in addition to a horde of ghosts, giants and thieves. The film also stars Ralph Ineson, Sean Harris and Katie Dickie.

Jungle Cruise – In theaters and on Disney Plus July 30

The Suicide Squad – In theaters and on HBO Max August 6

CODA – In theaters and on Apple TV August 13

The Protege – In theaters August 20

The Night House – In theaters August 20

Reminiscence – In theaters and on HBO Max August 27

The Beatles: Get Back –  In theaters August 27

Candyman – In theaters August 27
Candyman is a must-see summer horror film produced by Jordan Peele. Drawing inspiration from the original 1992 film, Candyman portrays a Chicago artist’s insanity-inducing obsession with a hook-handed ghost killer. The artist’s obsession leads him down a dangerous path into conflict with the infamous Candyman himself. The film stars Yahya Abdul Mateen II, Teyonah Paris and Colman Domingo.

* Eds. note: Some of these dates may be subject to change—we are still in a pandemic, after all. We’ll do our best to keep this list updated in the event that the releases play musical chairs with each other. 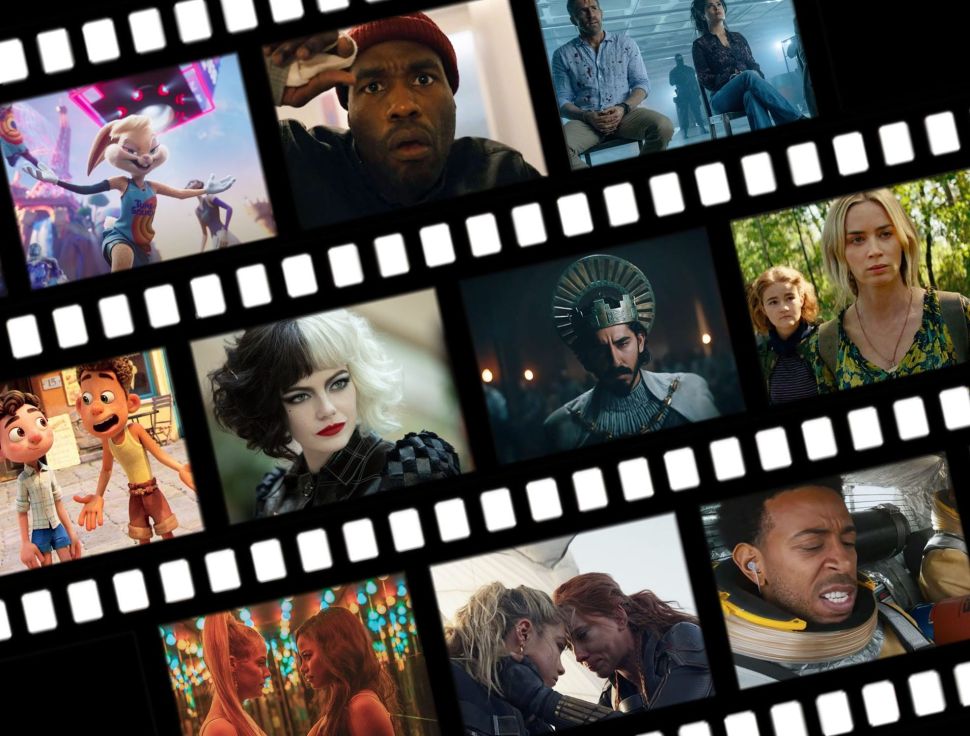