Microsoft cofounder Bill Gates and his wife Melinda Gates are parting ways after 27 years of marriage, the couple announced Monday, leaving the fate of a $146 billion fortune and America’s largest philanthropic foundation up in the air.

“After a great deal of thought and a lot of work on our relationship, we have made the decision to end our marriage,” the Gateses said in a joint statement Monday. “We no longer believe we can grow together as a couple in this next phase of our lives.”

Bill Gates, 65, is the world’s fourth richest person behind Jeff Bezos, Elon Musk and Bernard Arnault. But almost all of his wealth is shared with Melinda, 56, who has been his wife since the early days of Microsoft.

The power couple’s split shares many similarities to Bezos’ divorce with his longtime ex-wife MacKenzie Scott in early 2019 in terms of the amount of money involved, the length of their marriages, and the location of their divorce filing.

A main difference, though, is that the majority of the Bezoses’ fortune resides in Amazon stock while the Gateses’ is tied in private organizations, including the Bill and Melinda Gates Foundation and their family office, Cascade Investment. Bill Gates also owns a small stake in Microsoft.

“Both of these people have plenty of money to live very nicely the way they have previously. The big question is, what kind of philanthropic endeavors will they do going forward,” Arthur Ettinger, chair of the Matrimonial & Family Law practice group at Greenspoon Marder, told Observer. Ettinger has decades of experience advising on high-stakes divorces in the U.S.

Bill and Melinda Gates said they “continue to share a belief” in their philanthropic mission and “will continue our work at the foundation.” A foundation spokesperson confirmed that they will remain co-chairs and trustees of the foundation, per Bloomberg.

The rest of their fortune will likely be split according to a private settlement. According to court record, the couple filed for divorce in King County, Washington on Monday, listing Melinda as the petitioner and Bill as joining. The filing didn’t list a prenup, and the couple had a separation agreement, according to a copy of the divorce petition posted by TMZ. The petition described the marriage as “irretrievably broken.”

Washington is a “community property” state, where anything acquired during a marriage is considered equally owned by both partners unless a couple draw up their own arrangement.In the Bezos’ case, MacKenzie ended up getting about a quarter of the Amazon shares they’d owned together, a stake worth $36 billion at the time of their divorce. She has donated $6 billion to charitable causes since then.

“She is making her own decisions, as we’ve seen, while [the Gateses] will continue making decisions together on how to give away their wealth,” Ettinger said.

The Gateses have three children together. The youngest is 18, so there is no custody issue to be resolved. Their eldest daughter, Jennifer Gates, 25, issued a statement through her Instagram Story on Monday, saying that “it’s been a challenging stretch of time for our whole family.” 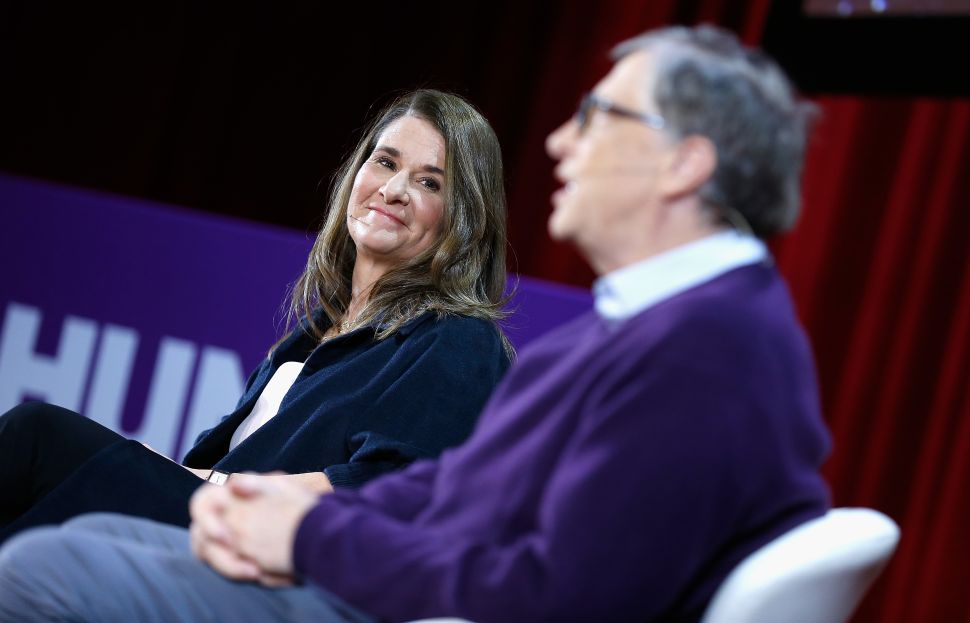