Bill and Melinda Gates have said they will continue to co-run their $50 billion family foundation despite the fact that their marriage is coming to an end. Yet, it seems that they won’t be actually working side by side as ex-husband and ex-wife, as the foundation looks to hire outside directors and form a board, The Wall Street Journal reported Thursday, citing people familiar with the matter.

Melinda Gates has pushed for governance changes in the wake of the divorce filing, some of the Journal‘s sources said.

The foundation’s CEO, Mark Suzman, who handles day-to-day operations, said he is actively discussing with the Gateses about possible steps to “strengthen the long-term sustainability and stability of the foundation.” But “no decisions have been made,” he said in a statement, adding, “Bill and Melinda have reaffirmed their commitment to the foundation and continue to work together on behalf of our mission.”

The Bill and Melinda Gates Foundation is the largest private philanthropic organization in the nation, managing an endowment of $50 billion as of 2020. The endowment is funded the Gateses’ family wealth and one outside donor: Warren Buffett.

Bill and Melinda Gates are co-chairs and trustees of the foundation. Buffett is the third trustee who weighs in on important foundation matters. Bill Gates’s father, Bill Gates Sr., also served as the foundation’s co-chair until his death in September 2020.

The Gateses have co-run the foundation for 20 years, directing billions of dollars every year to a wide range of philanthropic causes in poverty alleviation, public health and education across over 130 countries.

The fate of the foundation has been at the center of public attention since the couple announced their divorce earlier this month. Since then, a slew of reports about Bill Gates’s past workplace misconduct have emerged, shaking his carefully crafted public image as a “likable, nerdy do-gooder.”

Melinda Gates reportedly began meeting with divorce lawyers back in 2019. The official divorce filing listed her as the petitioner and Bill as joining. The couple have a private separation agreement dictating how they will split their $130 billion fortune. 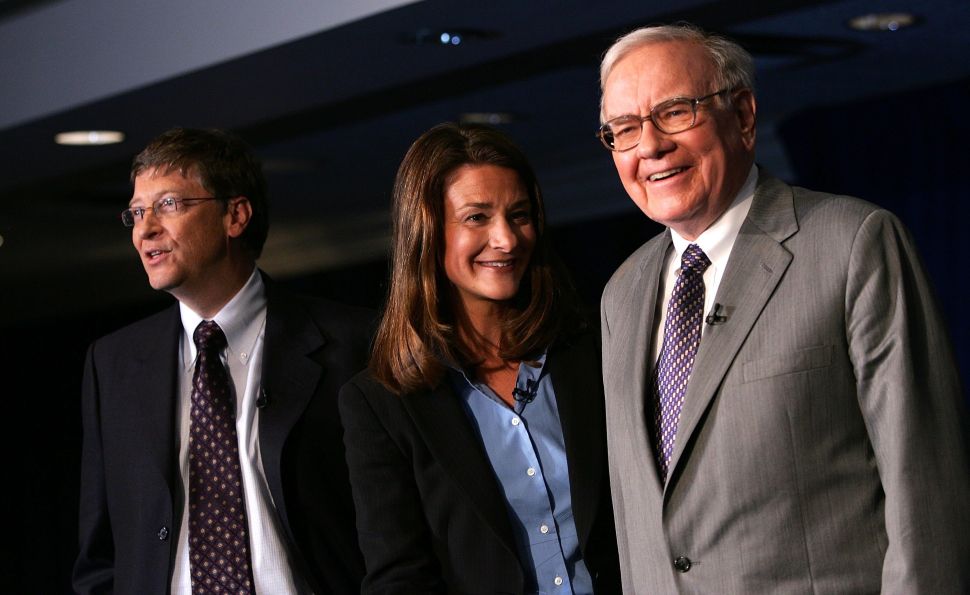