In February, it was revealed that author Ta-Nehisi Coates had been tapped to pen a Superman feature film reboot produced by J.J. Abrams under his label Bad Robot for Warner Bros. The film would reportedly center around a Black Superman. On Wednesday, The Hollywood Reporter seemingly confirmed that will be the case and that Warner Bros. and DC are searching for a Black director to tackle the highly-hyped reboot, which is said to take place outside of the DCEU continuity.

Complicating matters is the fact that Marvel Studios is currently searching for a Black director to helm its reboot of Blade. The article notes that there is overlap between the two, adding an extra layer of competition to the proceedings. There’s also several Superman projects flying concurrently through the air at the moment.

Among the candidates mentioned by THR are Barry Jenkins, Ryan Coogler, Steven Caple Jr., J.D. Dillard, Regina King, and Shaka King. Let’s briefly run through each of their past track records and how it might relate to a new version of the Man of Steel.

Barry Jenkins is our top choice among the public list of candidates, though it’s doubtful he’ll have the opportunity to remold the last son of Krypton due to scheduling.

The Moonlight and If Beale Street Could Talk filmmaker has displayed breathtaking empathy and humanity in his work behind the camera, two qualities that are synonymous with Clark Kent. Narratively, Jenkins has also proven himself to be a beautifully efficient storyteller, highlighting the definitive moments of his characters’ lives and filling in the gaps with acute emotionality. Assuming the reboot carries over a few of the key developments from Kal-El’s life, this will prove vital for the reinterpretation of the character, particularly as some argue the property doesn’t work for modern audiences.

Taking a page out of Jonathan Demme’s book, Jenkins expertly utilizes extreme close-ups to explore the interiority of his leads. Reinventing the way a traditional blockbuster is filmed would be yet another asset in his arsenal as a prime candidate.

.@BarryJenkins is the king of the emotional close up, a tricky move to pull off effectively. But both in MOONLIGHT and If #BealeStreet Could Talk, it is used to devastating effect. pic.twitter.com/lrSIcDjvgj

Despite wanting to work on a sci-fi film, Jenkins may not get the chance to reboot Superman. In September, it was reported that he’ll be developing a prequel to Disney’s 2019 Lion King remake, a blockbuster undertaking that may not fit with WB’s timeline for a new Superman feature.

There’s no doubt that Ryan Coogler has both the blockbuster bona fides and nuanced perspective to deliver a mighty fine Superman film for WB. But like Jenkins, preexisting commitments may prevent him from jumping to DC.

His feature directorial debut, Fruitvale Station, was a powerful snapshot into the way race violently informs the actions of authority. Creed cleverly repositioned the Rocky franchise with a new lead and new focus on legacy and expectations. Black Panther was easily the most sophisticated and politically driven entry in the Marvel Cinematic Universe’s 13-year history, claiming the superhero genre’s first-ever Best Picture nomination. All three attributes would be applicable to a Black Superman movie where a messianic figure struggles with his place in the world and society must grapple with the existence of a God-like figure.

Yet Coogler is busy working on Marvel’s Black Panther: Wakanda Forever, due out in 2022, and will likely not have time on his schedule for such a massive undertaking.

The 33-year-old filmmaker made his feature directorial debut with 2016’s mystery crime thriller The Land. While the movie is far from perfect, Caple Jr. showed off a strong sense of setting and authentic background sentiment. Any new Superman film will need a thematic undercurrent to help propel it forward, and Caple Jr. is capable of providing that.

The director then replaced Coogler behind the camera on Creed II after he was recruited by Marvel Studios. The sequel was a step down from the first film but still a competent and entertaining action story. While it can be heavy handed with its intended messaging and sentimentality, it does work as a throwback melodrama. According to THR, WB and DC are considering a 20th-Century period piece for the reboot, which would fit with that old school construction.

Caple Jr. is currently in pre-production for an untitled Transformers film at Paramount that will reinvent that universe.

J.D. Dillard’s 2016 film Sleight, in which a street magician uses his talents to rescue his kidnapped sister from drug dealers, shouldn’t work. On paper, it’s a patently ridiculous concept. Yet Dillard’s imaginative viewpoint and carefully modulated subversions carry a surprisingly lively thriller. He manages to do quite a lot with a low budget. This led to his 2019 horror thriller Sweetheart, a Blumhouse production that couples social commentary with genre frights. It’s a bit thin at times, but once again utilizes the less-is-more approach.

No one is saying that Warner Bros. won’t supply its director with a hefty budget for a new take on Superman. But it’s reassuring to know that Dillard doesn’t necessarily need $100 million to deliver something worth an audience’s attention.

His work caught the attention of Lucasfilm, which reportedly set Dillard up with a Star Wars film written by Luke Cage‘s Matt Owens. However, since the original February 2020 report, there have not been any official updates on the project. The next Star Wars feature film hails from Patty Jenkins and will arrive in theaters in 2023. After that, it is believed that the scheduled 2025 Star Wars is Taika Waititi’s.

Regina King made her feature directorial debut with One Night in Miami. One could easily argue that she deserved a Best Director nod at this year’s Oscars for her work. There’s nary a false note to be found in the fictionalized tale of the friendship between Malcolm X, Muhammad Ali, Jim Brown and Sam Cooke.

One Night in Miami is a fantastic display of pure storytelling that carries over from its stage play origins. King displays an innate knowledge of how and when to let the audience feel the full weight of the script’s powerful words. The film boils down to a philosophical debate about the differing approaches these nascent Black icons take to the Civil Rights struggle.

The story of Kal-El may not be as substantial as the real life struggle of African Americans. But there’s no denying that his existence sparks controversy and represents a philosophical quagmire in regards to theology, biology and humanity.

Shaka King is in a sweet spot at Warner Bros. at the moment after earning a Best Picture nomination for his second feature Judas and the Black Messiah. King manages to conduct a bolt of electricity into the historical drama, no easy feat for the occasionally stolid genre. Daniel Kaluuya’s fiery performance certainly helps, but there’s no doubt King crafts a powerful political statement condemning racial injustice.

There’s a palpable anger running through Judas and the Black Messiah, a well-earned rage that rails against years of systemic corruption and oppression. The relevancy is startling. A Superman film that somewhat similarly explores how society forces individuals to play expected roles and builds a protagonist who isn’t blinded by the false idealism of “truth, justice and the American way” would be a fascinating update. 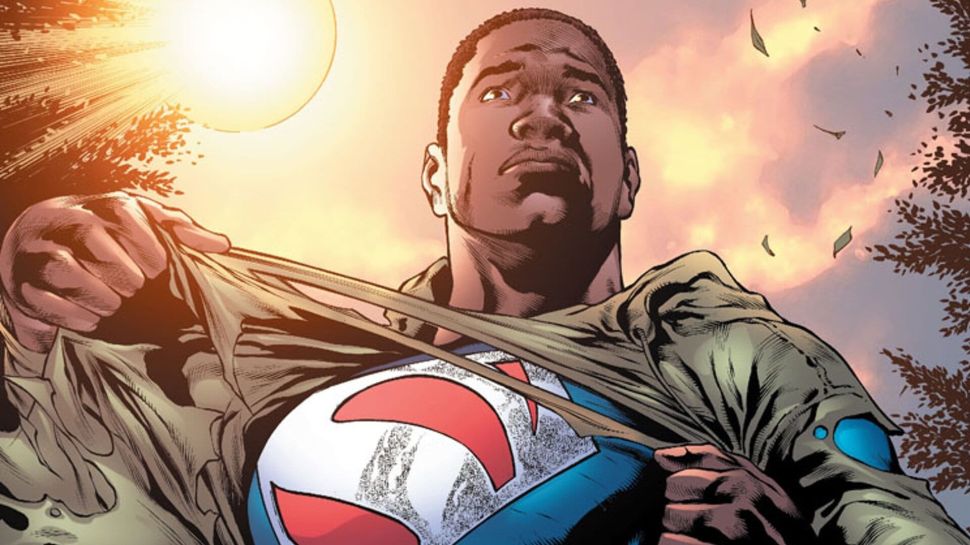