China’s first ever Mars probe, Tianwen-1, has been orbiting around the Red Planet since February. On Friday, the probe’s rover, Zhurong, will attempt a soft touchdown on Mars’ surface.

The Tianwen-1 mission was launched in July 2020 by the China National Space Administration (CNSA) atop a Long March 5 rocket and reached Mars orbit five months later.

Details about Friday’s landing are scare. Local media reports suggest that touchdown will begin at about 7:11 p.m. E.T. (7:11 a.m. Beijing time on May 15), aiming for Utopia Planitia, a large impact basin in Mars’ northern hemisphere. Once deployed, the rover will spend about 90 Martian days (or 93 Earth days) studying its surroundings in detail.

Like NASA’s Perseverance rover, Zhurong will experience “seven minutes of terror” after it enters Mars’ atmosphere. Past Mars landing attempts suggest that a rover only has a 50 percent chance of surviving the descend.

Zhurong is a six-wheeled, solar-powered robotic rover CNSA has described as “looking like a blue butterfly.” The rover is named after the god of fire from ancient Chinese mythology. The winning name was chosen among ten candidates from a public vote in April.

Landing on Mars’ surface, if successful, will be a huge milestone for China’s space exploration effort. Tianwen-1 is China’s second attempt at the Red Planet after a 2011 Mars mission called Yinghuo-1 failed. The Yinghuo-1 mission didn’t include a lander or a rover. It’s rare for a country to attempt orbiting, landing and roving all in one go this early in interplanetary exploration. (The United Arab Emirates launched its first Mars probe, Hope, around the same time as Tianwen-1. But the probe contained just an orbiter.)

“No planetary missions have ever been implemented in this way. If successful, it would signify a major technical breakthrough,” CNSA scientists wrote in a paper outlining the mission’s objectives published in Nature Astronomy last July. 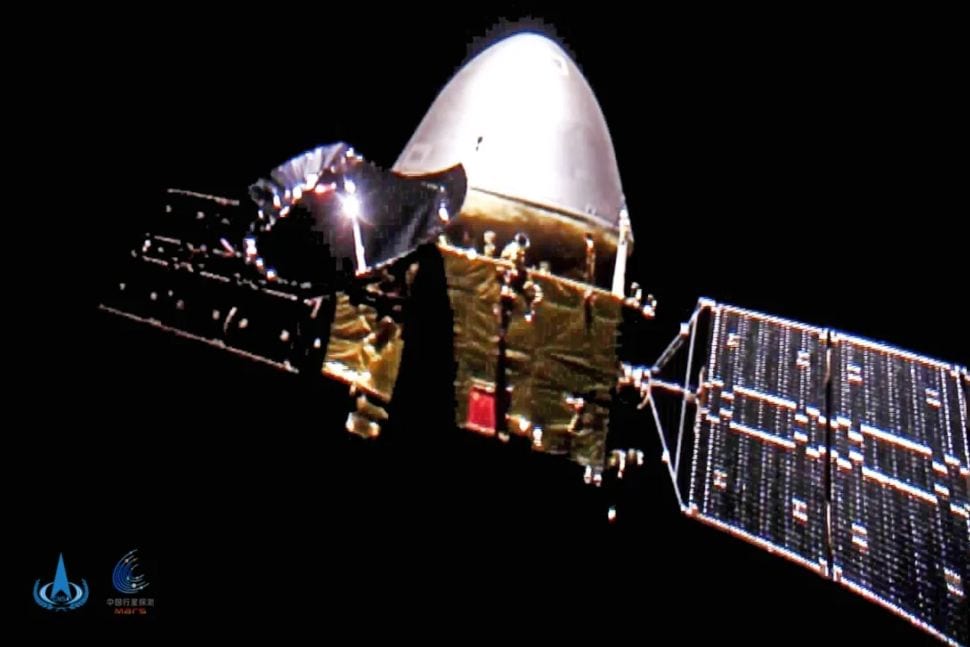