Ever since NFTs first crept into the collective cultural consciousness, it’s been evident that Christie’s auction house is particularly well-equipped to provide a platform for the mystifyingly popular non-fungible tokens. First, Christie’s managed to sell an NFT work by the artist Beeple for an eye-popping $69,346,250, and now, as of this week, Christie’s has scored another win with the $16.9 million sale of 9 Cryptopunks NFTs manufactured by Larva Labs. As some of the earliest NFT projects ever to be made, these Cryptopunks are essentially collector’s items, providing insight into why they became the second-largest NFT purchase ever made.

How these NFTs came about is of note, particularly because when Beeple first exploded onto the scene, some people were laboring under the misapprehension that NFTs were a concept he himself had created. In 2017, the technologists Matt Hall and John Watkinson began an NFT art project under Larva Labs that involved creating 10,000 unique 24 by 24 pixel icons of heads belonging to stylistically punk-ish human beings. The CryptoPunks were subsequently placed on the Ethereum blockchain, and now, they’ve been scooped up by an unknown buyer.

There are certain characteristics about these particular CryptoPunks that make them especially rare. For example, one of them is an example of an “alien” figure within the series; it has a blue face and is wearing sunglasses. The figures themselves were devised, according to Christie’s, with the punk rock aesthetics of British punk rock culture of the ’70s and ’80s in mind, and that sort of spirit has a ton to do with NFTs as well. They may not yet be understood by all, but with the hindsight of decades between them and what’s to occur in the future, they’ll likely be looked back upon as remarkably prescient. 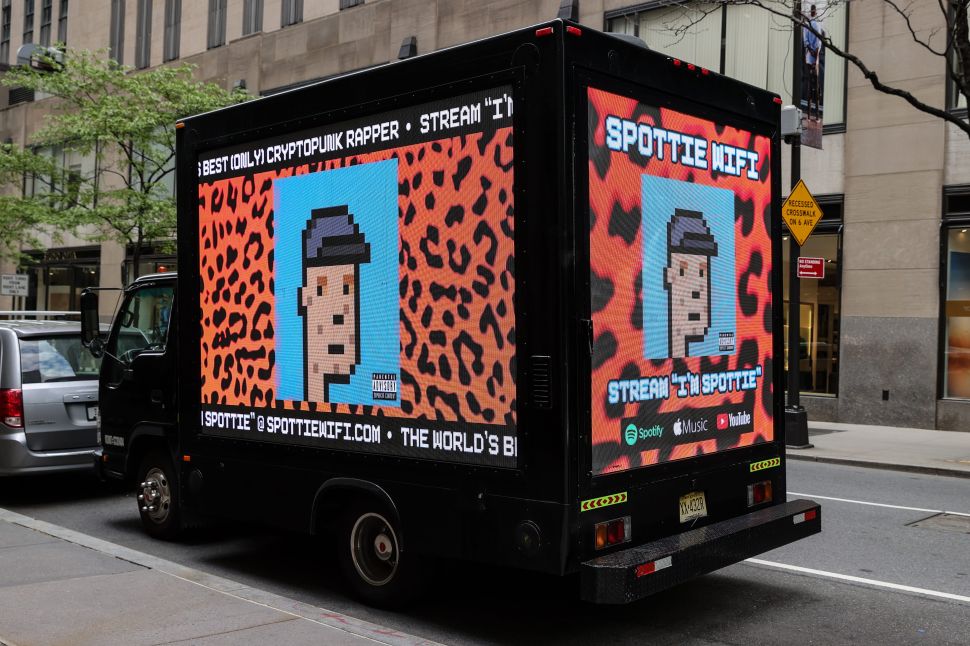