As COVID-19 vaccination rates slow down across the country, state and local governments, as well as businesses, are rolling out a flurry of incentives—from food and drinks to sports tickets and cash prizes—in an effort to encourage people to get the shots.

Below, we’ve rounded up some of the ongoing vaccine incentive programs you can enter now.

Ohio launched a public campaign called Vax-a-Million on May 18 to award five $1 million prizes and five full college scholarships to those who have received COVID-19 vaccines. Ohio was the first state to introduce a vaccine lottery. Ohio Gov. Mike DeWine said Monday more than 2.7 million people had signed up for the draw.

Oregon followed Ohio’s suit on Friday, announcing the “Take Your Shot” campaign. Anyone fully vaccinated by June 27 will be eligible to enter to win a $1 million lottery.

Maryland has a $2 Million “VaxCash” promotion. Each day from May 25 through July 3, one winner will be randomly drawn to win a $40,000 prize. The campaign will wrap up on the Fourth of July when a final drawing will award one winner a grand prize of $400,000.

Under the New York State’s “Vax and Scratch” pilot program, anyone who gets vaccinated at select state-run vaccination sites starting this week will receive a lottery scratch ticket with potential prizes from $20 up to $5 million. The campaign runs from May 24 to May 28 at 10 state-run sites.

In addition, the state is offering free passes with access to any of New York’s 16 state parks to anyone who gets the vaccine this week at a state park vaccination site. Governor Andrew Cuomo dubbed the campaign as “a shot in the park.”

Los Angeles County will enter the newly-vaccinated into a sweepstake for a chance to win a pair of Lakers season tickets for the 2020-2021 season. However, only those who received their first shot this past weekend at select locations are eligible.

Connecticut is running a “Drinks On Us” campaign. Fully vaccinated residents who show their vaccine records at certain restaurants are eligible to receive a free drink between May 19 and May 31.

New Jersey is offering fully vaccinated residents free beer at 13 participating breweries during the month of May. The program is a joint effort between the New Jersey Department of Health and the Brewer’s Guild of New Jersey.

United on Monday announced a program to reward those fully vaccinated with a series of free flights. The airline is giving away 30 pairs of roundtrip flights for two in first class to any destination during the month of June.

Members of United’s MileagePlus loyalty program who upload their vaccination records to the airline’s mobile app by June 22 will be entered to win free flights for a year’s worth of travel for themselves and a companion.

In partnership with New York City, the burger chain is offering vaccinated New Yorkers free Crinkle Cut Fries with the purchase of any burger or chicken sandwich now through June 12.

Two two ride-hailing giants will give free rides to and from COVID-19 vaccination sites between May 24 and July 4. The offer was first announced by President Joe Biden on Twitter last week. 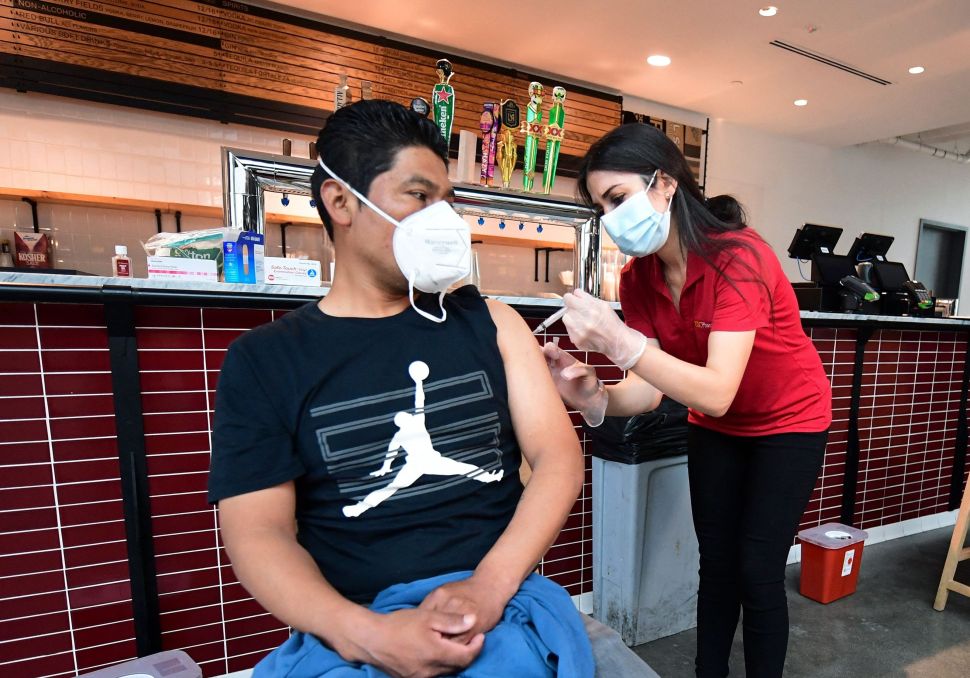