It’s no secret that the American painter and master of “romantic symbolism” Cy Twombly is one of the most accomplished artists of his generation: throughout his career, Twombly produced spare works of astonishing depth that frequently referenced great poets and ancient myths. The Cy Twombly Foundation recently launched a complaint against changes made to the surroundings beneath Twombly’s ceiling in the Louvre; his representatives are as passionate as his fans. Last week, Sotheby’s announced that its May 12th Evening Sale of Contemporary Art would include Untitled (Rome) by Twombly, a 1970 stunner inspired by graffiti the artist detected scrawled on ancient ruins in the great city.

Estimated to sell for between $35 and $45 million dollars, this painting plays off of and embraces the unpredictable vibrations created by the clash between vandalism and deliberate craftsmanship. Plus, back in 2015, Sotheby’s sold another Twombly painting from his Blackboards series for $70.5 million, setting a new auction record for the artist; anticipation for this upcoming sale is therefore understandably heightened.

Twombly created the paintings from this series between 1966 and 1973, and part of the reason why they’re so attractive both to artists and collectors is their hue. “Gray is one of the most delicate and difficult colors,” art dealer Karsten Greve told Artnet in 2015. “Most people they would love a colorful Van Gogh painting but you should see the gray paintings by Van Gogh; They’re fantastic.”

Another element to Twombly’s lasting appeal on the market is that he only made a finite amount of work in his lifetime. Untitled (Rome) has belonged to a private collection for over 30 years, so its return to the auction circuit is indisputably an event. In any case, even if you’re not exactly flush enough to afford a Twombly of your own, there’s never a bad time to bask in his enduring genius. 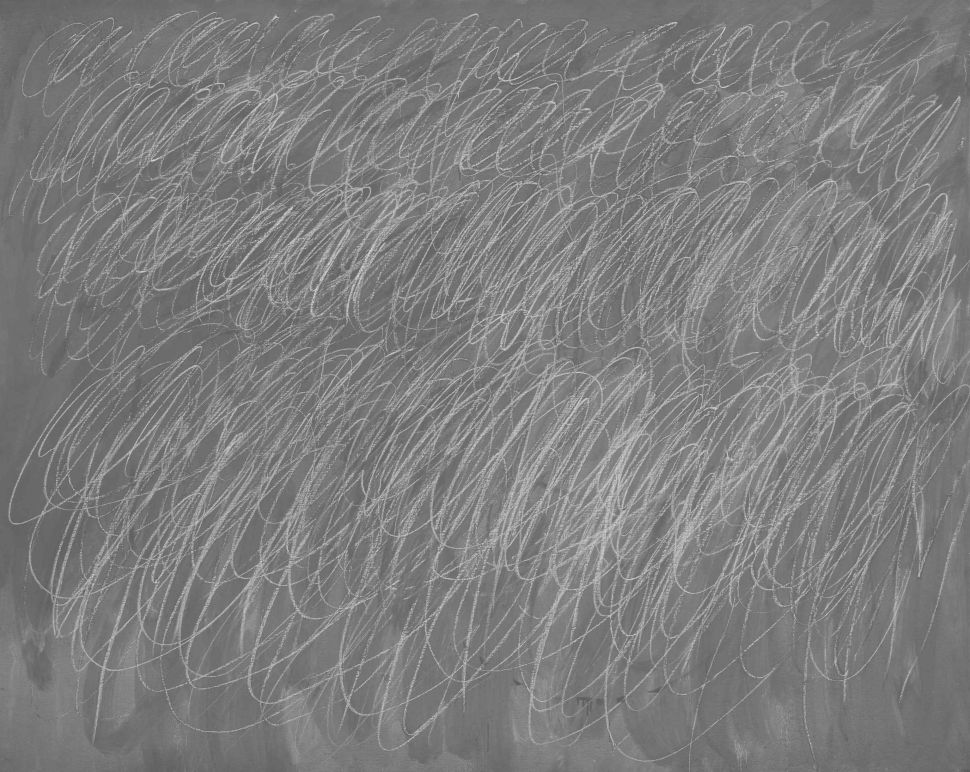