It’s no secret to anyone who’s been following David Hockney’s career over the last few years that the painter best known for his mesmerizing portraits and for fetching huge prices at auction has pivoted, in the latter stages of his life, to creating artwork mostly on his iPad. He’s staged entire gallery shows around his iPad work, created billboards that display his digitally-rendered designs for huge crowds, and now, Hockney has been tapped to produce artwork for the Piccadilly Circus underground station in London as part of mayor Sadiq Khan’s new tourism campaign. That artwork debuted recently, and unfortunately, Hockney is catching blowback for the design’s perceived goofiness.

"I once posed as David Hockney to secure a commission to design some posters for the London Underground. I got my seven year old nephew to design them." pic.twitter.com/A7WaPjdsC4

This isn’t the first time that this has happened: when Hockney came up with Hearth, a design for the cover of the New Yorker that consisted of squiggly, iPad-rendered lines in the shape of a fire, would-be commentators were just as unkind. People made comparisons to MS Paint. It seems like it’s sinking into the general population that this is just the way Hockney makes things now. Perhaps it’s a sustained joke, but maybe not.

Has any other major artist had a shitposting period? David Hockney is trolling the world, and I for one am here for it. pic.twitter.com/uP9vhepQy8

It’s not that Hockney hasn’t been able to produce anything noteworthy on his iPad, though: Remember You Cannot Look at the Sun or Death for Very Long, the billboards he created in collaboration with Times Square Arts, are certainly optimistic and have a very strong point of view. Hockney created them so that it looks like the horizon is taking place on another planet, somewhere between daybreak and sunset.

If we can still expect such moments of insight from Hockney, surely we can also endure his perhaps more phoned-in attempts to lure tourists to Britain. Because seriously, at the end of the day, his Piccadilly Circus sign is rather goofy. 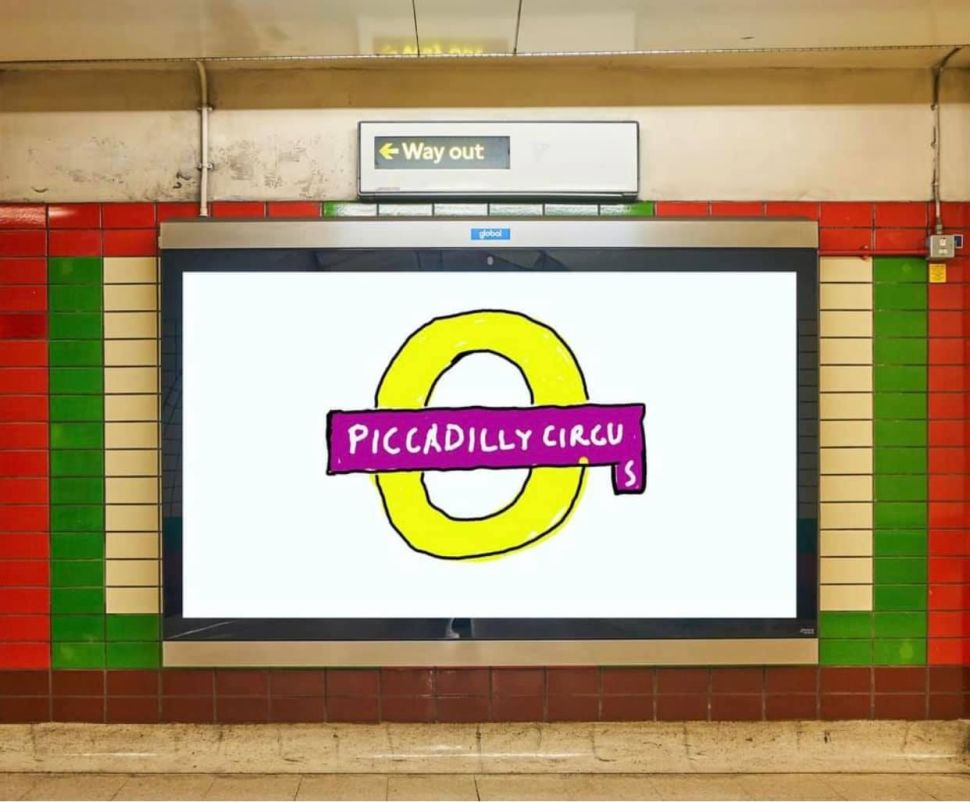