On Monday, AT&T’s WarnerMedia and Discovery Inc. announced their intentions to merge into one new mega-media conglomerate. At the time, we reviewed the major deal points and the deluge of questions that accompanied the shocking status-quo disruption. We’ve also explored how the combined company can and likely will hit the ground running, but may face obstacles in long-term streaming warfare. Today, let’s dive into how the merger’s greatest strength—the complementary nature of each company’s unique programming—may also prove to eventually be problematic in the future.

How WarnerMedia and Discovery programming fits together

Diesel Labs, a predictive content analytics platform that pulls data on audience engagement and interest across the entertainment spectrum, found that WarnerMedia and Discovery’s content catalogs pair nicely with one another. Clearly, this was an important point of interest to both AT&T CEO John Stankey and Discovery Inc. CEO David Zaslav.

“WarnerMedia content outperforms in terms engagement, owning 8.7% of all new titles (shows and movies) coming out this year and generating a huge 20.2% share of engagement,” Anjali Midha, co-founder and CEO of Diesel Labs, told Observer. “Discovery outperforms in terms of volume, owning a remarkable 17.2% of all new titles this year (thanks in part to the launch of Discovery+ earlier this year), but generating just under 1% of all engagement.”

“The WarnerMedia and Discovery audiences only overlap modestly with 3.9% of people engaging with content from both companies.”

Around 60% of Discovery’s catalog released over the last three-to-five years is lifestyle and reality content whereas these genres make up just 3% of the WarnerMedia catalog. The former is an area other major streamers have been trying to include in their own SVOD pushes as low-cost but high-upside genres. Paired with WarnerMedia’s track record of premiere programming and blockbuster films and the coupling makes an enormous amount of strategic sense.

Together, WarnerMedia and Discovery own 26% of all new titles (across shows and movies) in 2021—overtaking the previous leader Netflix who owns 24% of all new titles, Midha explains. WarnerMedia is also behind three of the top 10 most anticipated titles coming out this year, according to Diesel Labs data (SpaceJam: A New Legacy, The Suicide Squad, and In the Heights)—leading the pack and even beating out Disney with only two of their titles in the top 10 (Black Widow, Loki).

Both companies will be able to expand their sphere of influence with the help of the other as the two catalogs also bring together different audience profiles. Per Diesel Labs, WarnerMedia engagers skew Male (56%) and younger (40% of the engaged audience is under 25 years old) while Discovery skews Female (55%) with fewer engagers under 25 (20%). In the platform’s projections, the combined company now ranks fourth in engagement across content catalogs among the major media companies behind Disney, NBCUniversal and Netflix. Others would argue the new company has leapfrogged NBCU.

Why this may actually be a problem

The inverse of this demographic expansion is the lack of viewers who demand both, which could determine how the new company packages Discovery+ and HBO Max. One reason that The Walt Disney Company has been so unprecedentedly successful with its streaming bundle—which combines Disney+, Hulu, and ESPN+ for $13.99 per month—is the crossover appeal between all three services. WarnerMedia-Discovery doesn’t appear to boast the same 360 appeal.

“The WarnerMedia and Discovery audiences only overlap modestly with 3.9% of people engaging with content from both companies,” Midha said. “This poses an interesting challenge to the joint company as it considers its direct-to-consumer distribution channels—in all likelihood there will be a continued need for Discovery+ (or the lifestyle content catalog) at a lower price point than HBO Max. Further, it’s unclear if there’s a robust enough audience who would be interested in having access to the entire ‘bundled’ catalog, especially if it is more expensive than HBO Max today.”

Despite the success of the Disney bundle, Hulu is expected to eventually be folded into Disney+ at some point in the future after Disney retooled its streaming strategy. If it may not be sustainable long-term for the fastest-growing streaming superpower in the world, than WarnerMedia-Discovery may be faced with some tough choices ahead.

Both bundling HBO Max and Discovery+ as separate entities and integrating them into one supersized service come with pros and cons. It’s up to the newly formed executive leadership to decide on the optimal path forward. 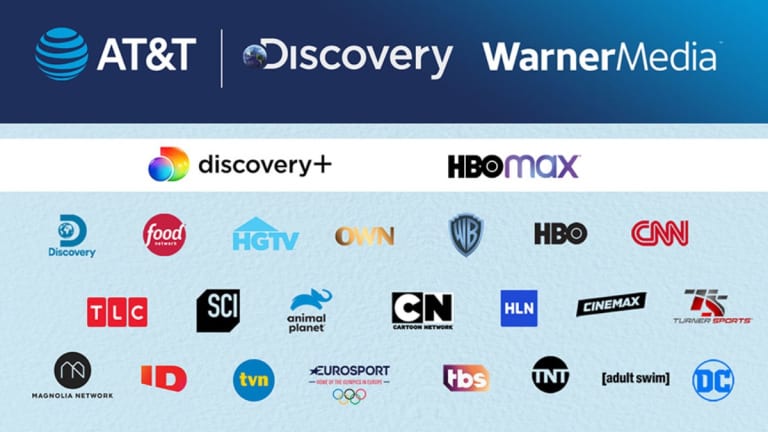