Disney stock has continued to rise throughout the pandemic despite losses of billions upon billions of dollars every quarter. Why? Because Disney+ is an unstoppable streaming behemoth…up until a point, of course. Nothing lasts forever and that includes the unmitigated success of Disney+.

Disney reports that Disney+ has grown to 103 million worldwide subscribers as of April 3rd. This marks the company’s first miss relative to expectations as projections were 110 million. However, the sky is far from falling on the Magic Kingdom. With COVID restrictions lifting, Netflix missed projections last quarter and a slowing of Disney+ growth was not out of the question. From January 2 (Q1), Disney+ has still added 8.6 million new subs.

“The prospects for Disney seem encouraging with a continued rise in Disney+ membership and strength in streaming platforms across the board,” David Keller, chief market strategist at Stockcharts.com, told Observer. “Theme parks are beginning to reopen which means the legacy portions of Disney’s business should have more of an impact through the remainder of 2021. Disney’s strong performance through much of 2020 was due to a successful pivot to focus on the growth of Disney+ even as other businesses like theme parks struggled.”

Sure, the rollout of Disney+ Hotstar has lowered Disney+’s average revenue per user (ARPU) from $5.63 to $3.99, but that can be offset with incremental price increases moving forward. Excluding Hotstar, Disney+ ARPU is $5.61. The company plans to rollout the service in Malaysia and Thailand in June as well as launch general entertainment service Star+ in Latin America August 31.

Chapek also claimed that the Season 4 launch of The Handmaid’s Tale generated the most viewership of any Hulu original. However, he did not provide specific numbers.

Disney executives said they were “very pleased” with how the market reacted to Disney+’s price increases and noted they were “fairly resilient” in regards to churn. This likely means users are finding the value of the platform apparent and can stomach future incremental price hikes as long as content needs are met. As of Q2, Disney remains on track to reach its fiscal 2024 guidance of 230 million to 260 million subscribers.

Under normal circumstances, Disney’s Parks divisions accounts for more than one-third of the company’s annual revenue. Over the last year, that has obviously not been the case as the division hemorrhages money. Fortunately for the company, as Disney+ begins to come back down to Earth, its key moneymaker is revving back up.

Walt Disney World attendance and guest spending per capita both improved in Q2. Disneyland reopened April 30 and forward-looking bookings at both domestic parks are “strong.” The company’s Asia-Pacific parks have been open for some time and the hope is that Paris’ location will be able to open in the near future.

Avengers Campus will open June 4th at the company’s California locations, adding another marquee attraction to the sprawling destination.

The Future of Disney Movies

Chapek also announced that 20th Century’s Free Guy, starring Ryan Reynolds, and Marvel’s Shang-Chi and the Legend of the Ten Rings will both receive 45 day exclusive theatrical windows. This fits with last week’s news that Cinemark had reached new agreements on shorter windows with Disney, Sony, Paramount and Warner Bros.

“As the summer movie temper kicks in and retail investors are coming out of the pandemic, active investors are viewing the entertainment industry with a sense of enthusiasm,” Dan Raju, CEO of Tradier, told Observer. “With theater openings around the corner, things are looking promising.”

Disney is nearing full production levels at the studio level as it continues to recover from COVID-related disruptions. 20th Century and Searchlight pictures will produce 15 and 20 films, respectively, to fill general entertainment offerings across all distribution platforms.

Other stocks in the streaming space such as Netflix, Amazon, Viacom and FUBO have struggled recently despite growing their audiences in recent months. So the challenge for Disney now is the broader selling pressure and inflation concerns creeping into the picture.

“While the long-term story remains quite positive, the short-term market headwinds may push DIS down to a lower valuation and more optimal entry point,” Keller said. “As long as DIS remains above key price support around $160, the long-term uptrend should remain intact.”

Disney share price is down nearly 4% in after hours trading as of this writing. Overall, Disney stock has still surged up more than 70% as compared to one year ago.

Correction: A previous version of this story listed 50 films in development at 20th Century instead of 15. 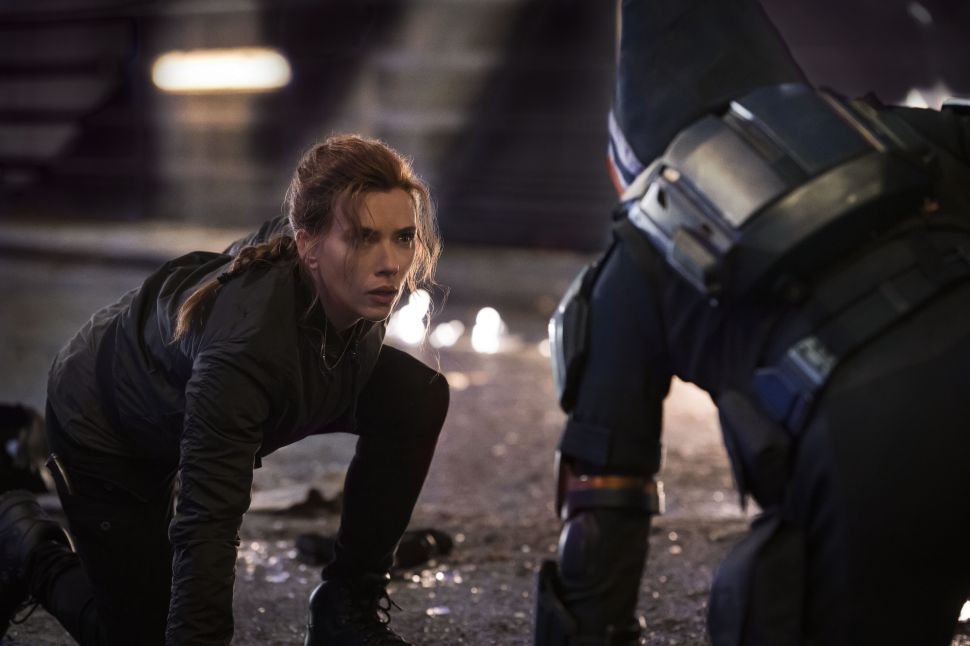