When Netflix approached Taiki Sakurai to become their chief anime producer in 2017, the future was looking rather bright. Not only was Sakurai excited for anime to become even more accessible outside Japan, but he also hoped the streaming deal would make it easier for him to work with non-Japanese talent, something he and other anime producers had wanted to do for a long time. A couple of years later, both expectations materialized. But not, as his latest project, a sci-fi series titled Eden, illustrates, without paying a substantial price.

Context first. Eden, a four-part anime series now on Netflix, tries to tell two equally compelling stories. The first is about a scientist who creates a legion of robots to make his planet inhabitable again, only to wonder whether the remnants of humanity — frozen in cryogenic sleep — should be allowed to return to an ecosystem they once nearly destroyed. The second follows a pair of apple-harvesting robots that accidentally awaken a baby from said cryogenic sleep and must protect it from their human-hating overlords.

Although the premise is nothing groundbreaking, it still provides Eden with a promising blueprint. Unfortunately, Sakurai’s execution falls short of this promise, especially in terms of animation, which feels automatized at best and downright soulless at worst. This lack of quality isn’t a criticism aimed at the many talented animators who worked on the series, but a key symptom of a time in which anime is being deliberately distributed across the globe, rather than retroactively discovered by otakus, cinephiles and other such internet explorers.

Despite the fact that they seem to have been modeled after those unsightly abominations from Boston Dynamics, the two robots at the (emotional) center of the series — called “Mom” and “Pop” by their adopted daughter Sara — still give off warm, parental vibes, perhaps because they remind the viewer of other dynamic duos with contrasting shape and color designs, like Sully and Mike from Monsters, Inc.

Don’t expect the same feelings to radiate from Sara, who looks just as plastic as her hardwired caretakers despite being the only living human in Eden’s fully mechanized civilization. Cell-shaded computer animation is great for animating inanimate objects, but not people. It’s why the toys in the original Toy Story look okay to us, even when judging by today’s standards, while human characters continue to come across as unnaturally doll-like, moved only by the animator’s strings.

As much as this kind of computer animation can be an eyesore, Eden at least has some thematic justification for its prevalence. While the robots and their dystopian megastructures were rendered with the help of software, backgrounds depicting the natural world — from orchards to grassy fields and dusty deserts — have all been hand-drawn. That’s a welcome touch, even if it also highlights the missed opportunity of not animating Sara the traditional, human way to deepen the contrast.

How Netflix is reshaping anime

As Cecilia D’Anastasio points out at WIRED, the amount of computer animation in anime has increased exponentially over the years, and it’s probably due to growing global interest in the art form. After all, CGI serves to ease workloads and reduce expenses in an overworked, underpaid industry. Given its prominence in Netflix anime specifically, as well as worldwide hits like Attack on Titan, CGI may also be a means of catering to audiences that were raised by Pixar’s three-dimensional models rather than Ghibli’s flat, painterly frames.

Historically, anime has defined itself by (and built a cross-cultural following through) an unwavering insistence on traditional animation methods at a time when western animators were slowly replacing their pencils and brushes with hard drives and monitors. Anime linework, inherited from the manga that most are based on, can bring to life an array of authentic emotions that no software ever could, and it is precisely this unique property of the art form that Netflix anime like Eden risk diluting.

Though experimentation is always to be encouraged, the streamer does seem to be racking up somewhat of a reputation for producing lackluster animation, with Yasuke — which tells the story of a black samurai fighting to liberate feudal Japan from an evil usurper — being another recent example of a show whose animation quality fails to live up to its fantastic premise. Netflix has the money necessary to produce works of art, as evidenced by early experiments like the superbly drawn Devilman Crybaby and Yasuke creator LeSean Thomas’ other project, Cannon Busters. But, as always, business comes first. 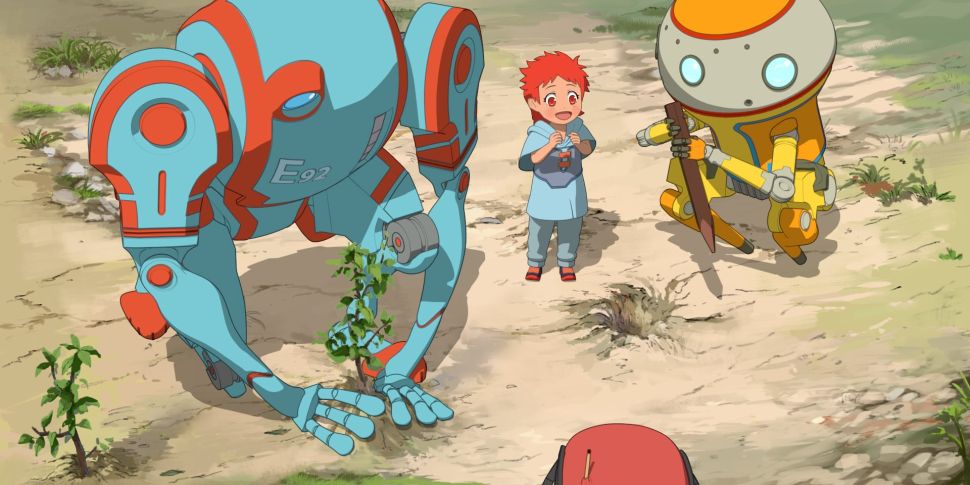