Approximately a year after it was yanked down from its plinth by protesters and tossed into the Bristol Harbor, a statue of the slave trader Edward Colston will be publicly displayed in Bristol, new reports indicate. Specifically, the statue will be displayed at the M Shed museum alongside signs that were used during the protest, and the We Are Bristol History Commission is also reaching out to Bristol residents to ask what sort of fate the statue should have. This move is in keeping with the UK’s culture strategy in general, which has been to express that “retaining and explaining” controversial statues is a matter of national identity.

When the Edward Colston statue was torn down last year, it was replaced with a statue of a Black Lives Matter protestor named Jen Reid that was made by the artist Marc Quinn. However, Marvin Rees, the mayor of Bristol, had the Jen Reid statue taken down almost immediately; Rees said at the time that “we aren’t taking down a statue of a Black Lives Matter protester, we’re taking down the work of an artist who erected it without permission.”

Now, Rees is expressing the stance that the people in his community have the opportunity to dictate what happens next. “June 7 2020 is undoubtedly a significant day in Bristol’s history and had a profound impact not just in our city but also across the country and around the world,” the mayor said. “The Colston statue: What next? display at M Shed is a temporary exhibition which aims to start a conversation about our history. The future of the statue must be decided by the people of Bristol and so I urge everyone to take the opportunity to share their views and help inform future decisions by taking part in the survey.” 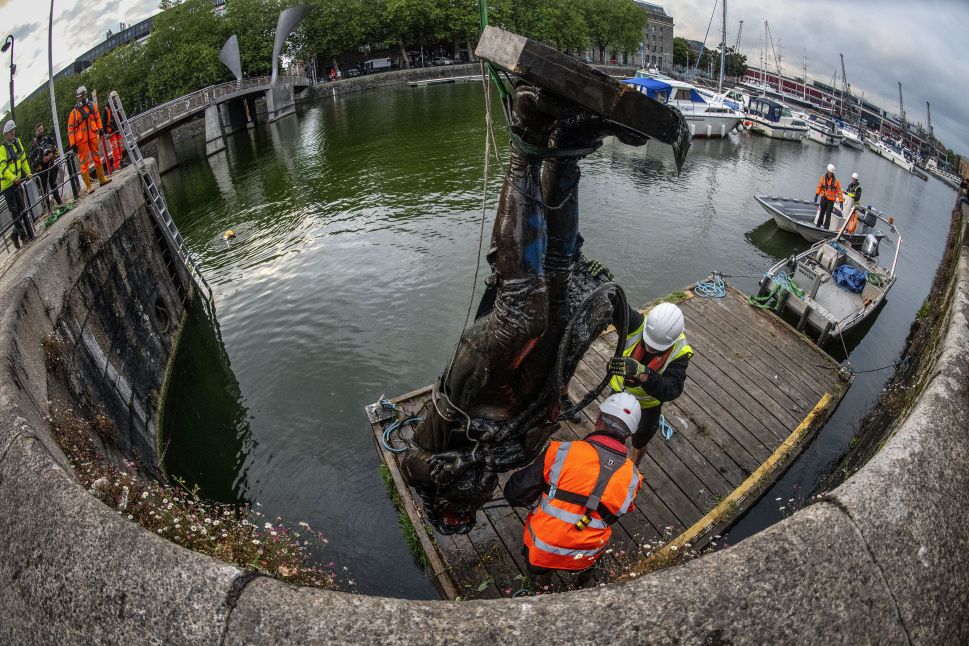