Elon Musk may be one of the world’s most famous tech billionaires, but he’d also like to be known as a patron of the arts: on Wednesday, the Tesla CEO put out a call on his Twitter asking for street artists to submit design proposals for Giga Berlin, the company’s massive new mega-factory in the famous German city. Giga Berlin, which has finally been completed after being worked on for 10 months, has been constructed so that Tesla can roll out its Model Y vehicle in Europe. Given that Musk has rapturous fans all over the world, he should have no trouble getting his request fulfilled.

If you want to help cover Giga Berlin in awesome graffiti art, send us your work at GigaBerlinArt@Tesla.com

Already, Musk’s tweet has inspired a whole host of ideas from contributors who’ve sent him art inspired by a number of his online exploits. One commentator replied to the original tweet with a picture of a mural inspired by the time Musk went on Joe Rogan’s show and smoked weed; yet more people sent art inspired by Dogecoin, a cryptocurrency that’s a particular favorite of the tech billionaire. Predictably, because it’s the internet, ideas for the graffiti involving anime also popped up.

Musk may not be known for making major donations to classical art institutions in the way that other billionaires are, but that doesn’t mean he hasn’t dipped his toe into the art world in a significant way. Back in March, Musk announced that he’d be selling one of his tweets, which included a song in a video clip about NFTs, as an NFT. Other huge names in tech, like Jack Dorsey, have also gotten into the NFT game; unlike Dorsey, though, Musk has an endlessly juvenile sense of humor that regularly inspires his fans. Because of who Musk is, there’s actually a decent chance that the Giga Berlin facility could end up with a Dogecoin mural on its side. 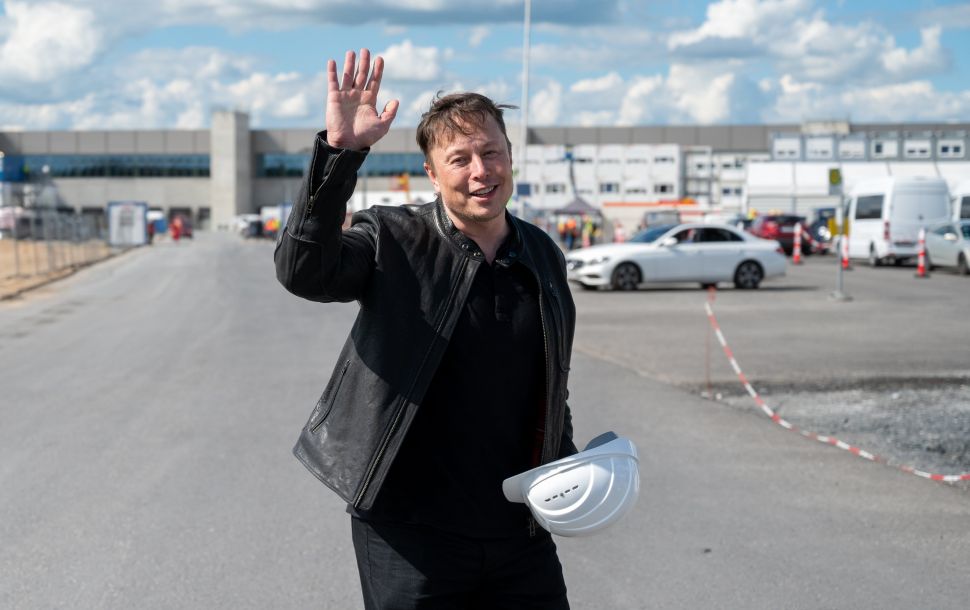