A geomagnetic storm erupts from deep within our sun, hurtling lethal radiation into the solar system at devastating velocity. The moon, normally a tranquil and desolate way station of stillness, is immediately transformed into a toxic battleground for the duration of the shock wave. Astronauts in the vicinity may represent the boldest and most ambitious explorers the human race has to offer. But in an instant, the entire species is reminded that it is barely a speck on the universal spectrum. We are but mere insignificant mortals just beginning to clutch beyond our known world. We are constantly, irrevocably and dutifully at the mercy of the cosmic whims of the vast unknown. Everything outside of our atmosphere is trying to kill us at all times.

“Every Little Thing,” the Season 2 premiere of Apple TV+’s quietly strong For All Mankind, delivers the sort of big-budget, harrowing spectacle audiences have come to expect from their space-based entertainment. Unforeseen cataclysms are a staple of the genre. Man vs. Nature taken to its galactic extreme. But what separates “Every Little Thing” from its genre compatriots is how the inherent tension of the episode flows organically from its characters, and not the artificial plot construction that is the solar storm.

The choices our characters make and the obstacles they think around, both on Earth and among the stars, are what provide the episode with its compelling stakes and drama. Self-preservation versus selflessness, duty and chain of command versus independent thinking, idealism versus realism. These are the character markers that define this episode within the survival setup. That inward-outward construction serves as a microcosm for the entire series and is the source of its impressive quality.

In recent years, audiences have been subsisting on a steady freeze-dried diet of human-driven exploratory space-based series across the small screen. The Orville (Fox), The First (Hulu), Lost in Space (Netflix), Avenue 5 (HBO), Away (Netflix), The Right Stuff (Disney+), and the deluge of new Star Trek series (Paramount+) has provided sci-fi fans with ample options. Yet For All Mankind is the pinnacle of this recent resurgence because of the way it develops and positions its themes as natural extensions of its characters.

We’ve previously written about showrunner Ronald D. Moore‘s track record in television. The Outlander and Battlestar Galactica reboot creator is adept at Trojan horsing complex messages into easily digestible character drama all wrapped up in a conceptually ambitious package. In For All Mankind, he provides an alternative history in which the Soviet Union beat the United States to the moon and the Cold War’s Space Race never ended.

Though the show’s two leads, Ed Baldwin (Joel Kinnaman) and Karen Baldwin (Shantel VanSanten), may not always be the most dynamic, For All Mankind doles out character development more equally and efficiently across its ensemble than most would-be prestige dramas. Each character’s arc is meticulously constructed to fit within the greater narrative while existing within its own interactive silo. As more of a plotter than a pantser, the show may not necessarily leave room for an organic breakout à la Benjamin Linus in Lost. But its wide-ranging high floor of character quality, and the way Moore and his writers’ room use that as launching pads for bigger messages, is under-appreciated among the contemporary hierarchy of Peak TV.

In Season 2, Ed, a near-mythic astronaut at this point in the story, admits that he stopped going into space for nearly a decade to be more present for his family following the death of his son last season. A heated family argument about the future of his college-bound daughter escalates into a cathartic and revealing revelation: Ed has been intentionally sidelining his dream for the sake of his family. He feels responsible for his son’s death, which occurred when he was on the moon, and has locked himself away on our terrestrial home as a form of penance. This mirrors the stalled progress of our real-life space race, which petered out with the collapse of the Soviet Union, and our how our concerns over what we deemed more pressing capped our exploratory spirit. In the show’s alternative history, the world is still consumed with the continued pursuit of what lies beyond earth. Ed’s arc serves as the intersection between our world and the one Moore has created, and the character’s internal journey parallels the external journey of humanity’s reckless, ambitious, noble and hopeful endeavor into the stars.

It is but one example of For All Mankind‘s characters doubling as vehicles for what the show truly has on its mind. Even as these characters serve as a bridge for the audience between entertainment and larger issues, they are awarded agency of their own within that pursuit. Tracy Stevens (Sarah Jones), Margo Madison (Wrenn Schmidt), and Molly Cobb (Sonya Walger) represent the gender disparity of modern society as women breaking glass ceilings in different ways. Yet they are not mere fodder for thematic statements, they are fully realized individuals whose choices and behaviors spring organically. Their importance ripples throughout the series that affects others in certain ways. Within that arena, Ellen Wilson (Jodi Balfour) and Danielle Poole (Krys Marshall) represent the developing social attitudes towards LGBTQ and race relations as America changes rapidly in tangible ways and glacially in others. Even career politician Thomas Paine (Dan Donohue), assumed to be a White House stooge written only to create problems for NASA, is given efficient and effective development in limited bursts of revealing emotional honesty.

Gordo Stevens (Michael Dorman, who emerges as the show’s breakout performer) is a particularly compelling creation. On the surface, he is a hot-shot and pilot-turned-astronaut who drinks too much, cheats on his wife, and is your stereotypical jock superior. But the show slowly and carefully builds his character to not only represent the various dimensions of traditional and non-traditional masculinity, particularly in the mid-to-late 20th Century in America, but also the often overlooked nature of mental health. He’s a conduit from which the new world emerges from the old.

As the Cold War heats up, the fate of two nations—and, by extension, humanity—doesn’t come down to who has more nukes. It is resolved by citizens of opposing forces bonding over their shared frustration with the flaws of their own nations. It is resolved by a couple learning how to repair their broken relationship. It’s not about the epic adventures of space or the planet-altering superpowers, it’s about the people and what they represent to themselves, to each other, and to the audience.

For All Mankind‘s two closest recent comparisons are Netflix’s Away and Hulu’s The First. In Away, every Earth-based storyline felt small and insignificant compared to its space-based counterpart. A distraction from what truly mattered. In The First, Hulu mismarketed the show as a space series when it really was a gloomy earthbound story about a fractured family. For All Mankind better manages and melds its storylines to feel not only equally as important but as joint efforts in the same goal rather than segmented narratives. Houston is as vital as Apollo and vice versa. They work in tandem on both problem-solving narrative issues and thematic character propulsions. It also helps that the show is not unrelentingly dour or mismarketed.

At its core, For All Mankind is a series that asks the single most enticing question humanity has to offer: What if? What it’s able to effectively build and impressively achieve from that single building block makes it the best of the space exploration genre’s recent small screen avalanche. 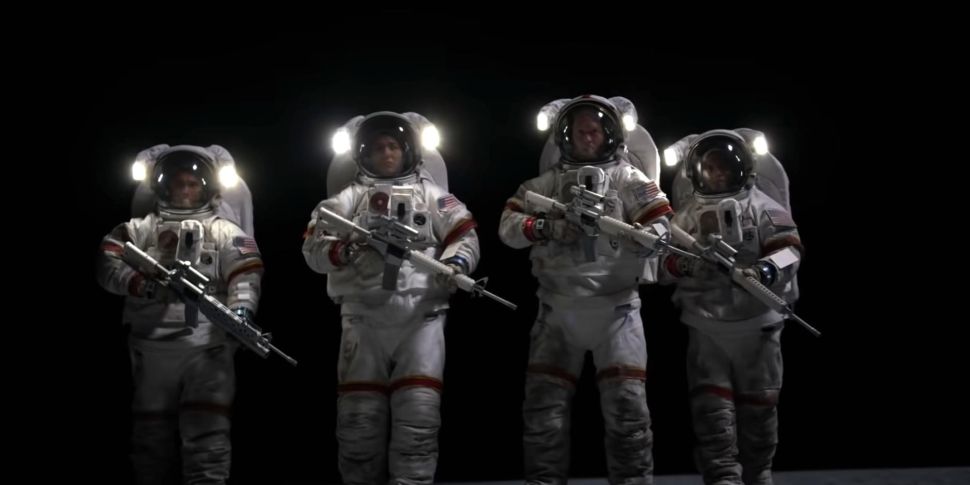