Ford shook the automobile world Wednesday, announcing during its inaugural investor day event that it will invest $30 billion in electrification efforts over the next five years with the goal to have 40 percent of its global production be completely electric by 2030 and achieve 100 percent zero-emission by 2035.

“This is our biggest opportunity for growth and value creation since Henry Ford started to scale the Model T,” Ford CEO Jim Farley said in a statement Monday. “We will deliver lower costs, stronger loyalty and greater returns across all our customers.”

Here are the key items in Ford’s playbook:

Improving battery technology is the new battleground of EV makers. General Motors, Tesla and a slew of Silicon Valley startups are investing heavily in developing the next-generation battery that will lower EV costs and extend driving range.

Ford recently announced plans to build two battery factories through a joint venture with Korean battery maker SK innovation. The company is also leading investments in promising startups, including a $130 million series B in the solid-state battery startup Solid Power.

It’s part of Ford’s strategy to prioritize “electrifying our most iconic vehicles,” Farley said during the company’s shareholders meeting earlier this month. The company has had some success selling an electric SUV under its popular Mustang nameplate, the Mustang Mach-E, a model that debuted in late 2019.

The next major electric model will likely be a Transit van. Analysts are also speculating whether Ford will introduce an electric Bronco SUV.

If everything above goes according to the plan, Ford says it will be able to double its operating margin from around 4 percent in recent years to 8 percent by 2023 (including 10 percent in North America and 6 percent in Europe).

The 8 percent margin target was promised by Farley’s predecessor, Jim Hackett, as well as his predecessor, Mark Fields, as part of a “2020 vision” that never happened. It’s the first time Ford put a timeline on achieving this goal, so Wall Street will watch closely the company’s every move in the next two years.

Ford says $7 billion of the electrification budget will be set aside for developing autonomous driving technology. That includes a $1 billion investment in self-driving startup Argo AI, a venture jointly owned with Volkswagen. 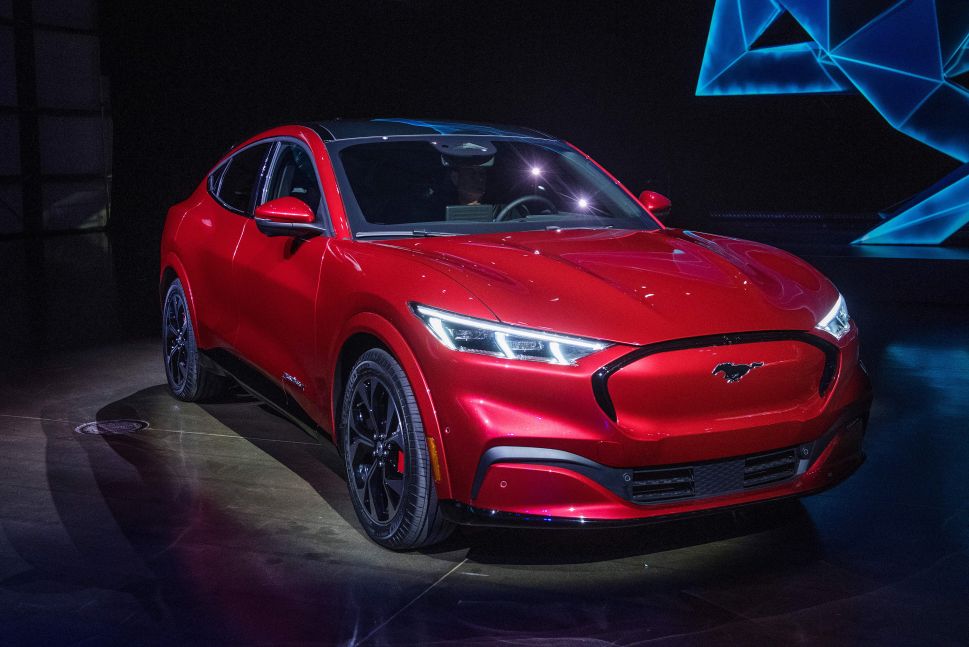