In 79 A.D., Mount Vesuvius coated the ancient Roman city of Pompeii in a deluge of murderous volcanic ash, and since then, the eerily well-preserved yet extinguished civilization has continued to capture the attention of visitors from all over the world. The city of Pompei’s Antiquarium just recently opened back up after decades of closure, but on a more nefarious note, a recent investigation by Italy’s special cultural police squad found that six fragmentary pieces of Pompeii wall frescoes had been stolen in the 1970s and subsequently exported illegally. Now, however, all the fragments have been returned to Pompeii’s site.

The discovery was made during the course of a 2020 investigation wherein Italian officials discovered that the fragments, some of which were sliced off the sides of Roman villas in Stabiae, had been purchased in the 1990s by dealers hailing from the United States, Switzerland and England. The recovered fragments are varied, but universally beautiful: one of them features a cherubic winged figure playing the flute, while another shows a nude woman wrapped in unfurling silk.

It was determined that the other three pilfered frescoes had been snatched from Civita Giuliana, a site close by Pompeii’s historical site. “Ancient works of great value are returning to their rightful place,” Roberto Riccardi, the leader of Italy’s cultural heritage division said, according to The Guardian.

While it’s not clear who exactly committed the crime in the 1970s, last October, a tourist who claimed to have herself stolen fragments from Pompeii 15 years ago mailed two mosaic tiles to an Italian travel agent, claiming that the objects had brought her nothing but bad luck. Identifying herself only as Nicole, the Canadian tourist explained that she’s suffered through financial difficulties and twice-recurring breast cancer.

“Please, take them back, they bring bad luck,” Nicole wrote at the time; in her experience, the fragments brought her “so much negative energy…linked to that land of destruction.” 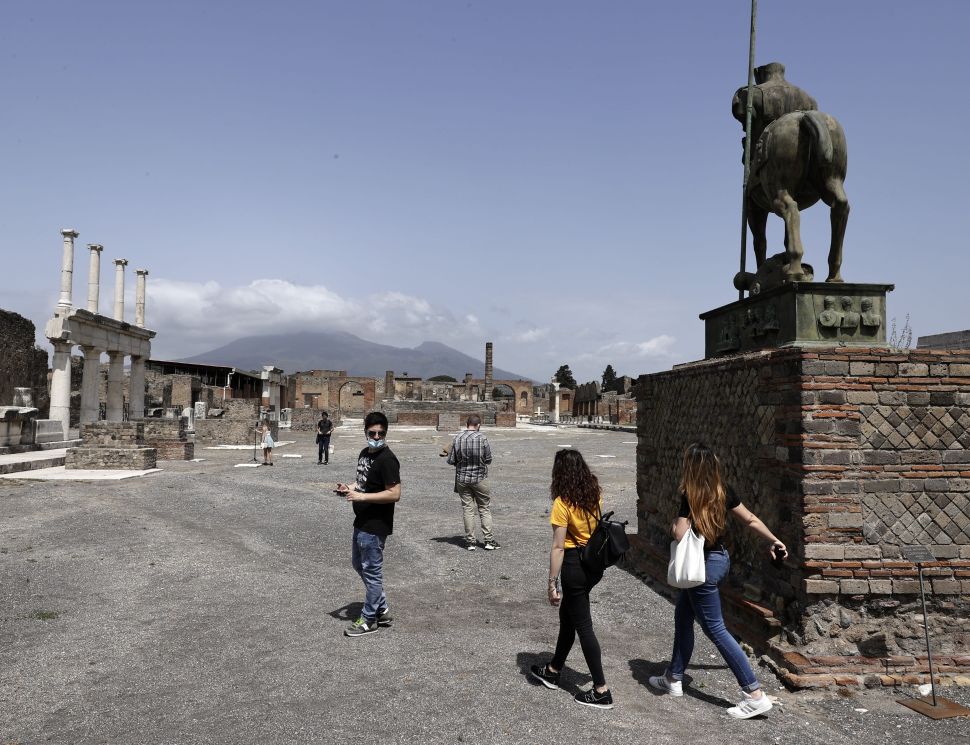