The rhythms of a bustling art fair are unique in terms of experiential immersion; everywhere around you are the sounds of long-delayed greetings, detailed explanations of artistic processes and gently-delivered evaluations of price points. After being relegated to an online-only version of itself in 2020, Frieze New York returned to the IRL world this week with a mixture of in-person and online offerings. Although there was a whiff of shy hesitancy in the air as people re-learned how to talk to each other, there was also a deep sense of relief at reclaiming the simple pleasure of taking in art in person.

David Zwirner Gallery put forth new work by the artist Dana Schutz, who ignited a firestorm of controversy in 2017 with her painting Open Casket, which was displayed at the Whitney Biennial. Casket was an abstraction of the funeral of Emmett Till, and many felt that Schutz, a white artist, didn’t have the right to use such raw material in her own work.

Her new work, seen at Frieze, includes grotesque figures engaged in social caricature, frequent depictions of bones and the striking Baggage, which shows a briefcase-carrying laborer laden down with various materials. According to Artnet, David Zwirner managed to place the five Schutz paintings, which were priced between $500,000 and $1 million, before Frieze even officially commenced.

Elsewhere, a beautiful piece by Jaune Quick-to-See Smith, the first Native American artist to have their work collected by the National Gallery, lit up the Garth Greenan Gallery booth, while Hauser & Wirth came through with a Philip Guston that was recognizable from a mile away.

On the gallerist side, the general consensus seemed to be that people were just happy to be here. “We sold out our booth to great people, for instance, with the Anna Weyant drawing going to the Addison Gallery of American Art,” Bill Powers, the owner of Half Gallery in the East Village, told Observer. “The heavily staggered entry of visitors was implemented as a Covid precaution, but really added to a nice measure atmosphere where there was more time to interact with collectors and curators.” 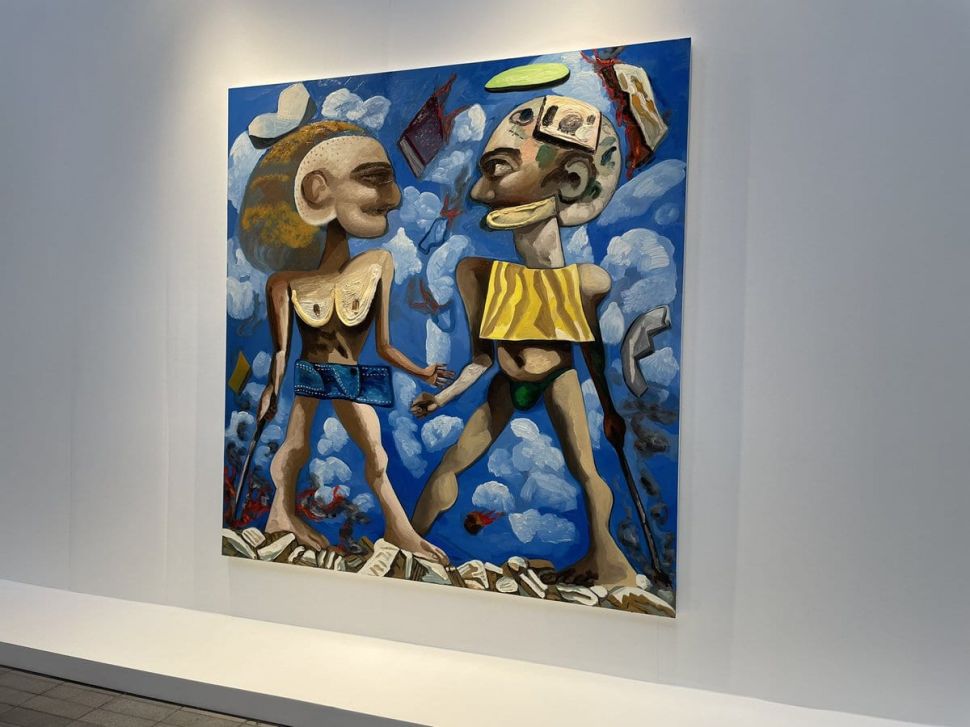