Under the sharp guidance of Quentin Tarantino, the inventive German-Austrian actor Christoph Waltz hit the screen running, winning an Oscar for his first American movie, Inglourious Basterds (2009), as an unforgettable SS colonel who offered the Allied troops a deal to help kill the leaders of the German high command, in exchange for the Congressional Medal of Honor, U.S. citizenship, and a house in Nantucket. He’s been playing variations of the same hilarious villain ever since, but with things plummeting to a disastrous low in the movies, he’s now following the example of other Hollywood stars who believe the only way to make a decent movie today is to direct it yourself.

The mixed result is Georgetown, his debut as a director, co-starring with Vanessa Redgrave and Annette Bening in a complex, mostly satisfying and always intriguing menu of political expose, social satire and murder mystery. It’s a rich and colorful showcase for his unique talents, oozing a lethal wit and unmistakable charm that thinly veil a dangerous capacity for unconscionable terror.

Based loosely, with huge fictional changes, on a New York Times Magazine article titled The Worst Marriage in Georgetown, the movie outlines the lives of an outrageous Washington couple—Albrecht Muth (changed to Ulrich Mott), and his 91-year-old wife Viola Drath (changed to Elsa Brecht). Elsa was an accomplished journalist socialite and the widow of a prominent Washington icon, and Ulrich was a social climbing outsider 50 years younger, who charmed her into the role of girlish romantic, wife and guide to prominence.

D.C. is a town built on the architecture of access to people with a surprising lack of both sincerity and charm. In the film, Ulrich had enough ambition for two, but his access needed work. So after one casual meeting, he held Elsa’s attention by acquiring tickets to a sold-out concert at the Kennedy Center and won her over with flattery and fake attention. In flashbacks we see how he conquered her and how she became his mentor, praising his “enormous potential” and coaching him in the main power points of D.C. society. Under Elsa’s invaluable tutelage, he learns to throw lavish dinner parties (for which he does all of the gourmet cooking himself), cultivate the right press coverage, entertain guests such as senators, diplomats, ambassadors, billionaire philanthropists, and even the French prime minister, proving that in Washington anyone will come to dinner if they think the guest list is important enough. Wearing medals he pretends were awarded by the French Foreign Legion (even though nobody recognizes them), assuming the rank of marquis one night and that of brigadier general with the Iraqi Army a week later, this character was a piece of work. It’s a rich and colorful role and Christoph Waltz plays it with delectable relish while Vanessa Redgrave radiates innocent adoration and pride in creating a shining new Washington celebrity.

Watching from the sidelines with blatant fury, the one character who sees through the charade is Elsa’s cold, bitter and cynical daughter Amanda, who teaches constitutional law at Harvard (played with unflinching suspicion by Annette Bening). She believes Ulrich’s ambition will stop at nothing including murder. She’s right. But while she hatches her own devious plans to rid her mother of the interloper, David Auburn’s screenplay plays hopscotch with the facts, switching   tempo and focus when Elsa discovers Ulrich in bed with a man. A vicious fight ensues and she is found dead at the bottom of the stairs in her elegant Georgetown townhouse. In the resulting homicide investigation, many things are revealed, and getting to the truth in the final frames makes for an invigorating adventure. The narrative is complex and the script does not always reduce the fragments into a cohesive whole. The film is not without confusion (Ulrich’s Ponzi schemes aimed at politicians of value are unclear) and the nonlinear time frames force you to wonder about things like age, motivation and distorted truths vs. lies. There are times when the story is so fantastic you wonder if they’re making it all up, until we learn the real Ulrich, Albrecht Muth, is now serving a 50-year sentence for murder.

The acting is first-rate from start to finish, but it is really Mr. Waltz who keeps the action flowing. Both demon and clown, he’s horrifying, appealing and immensely mesmerizing in a film about the pitfalls that await anyone who falls for charm while ignoring the evils that can sometimes hide behind the façade of disingenuous priorities. Mr. Waltz covers every corner of Ulrich’s personality, even when the screenplay doesn’t, achieving a spectacular range of emotions with numerous charms of his own. 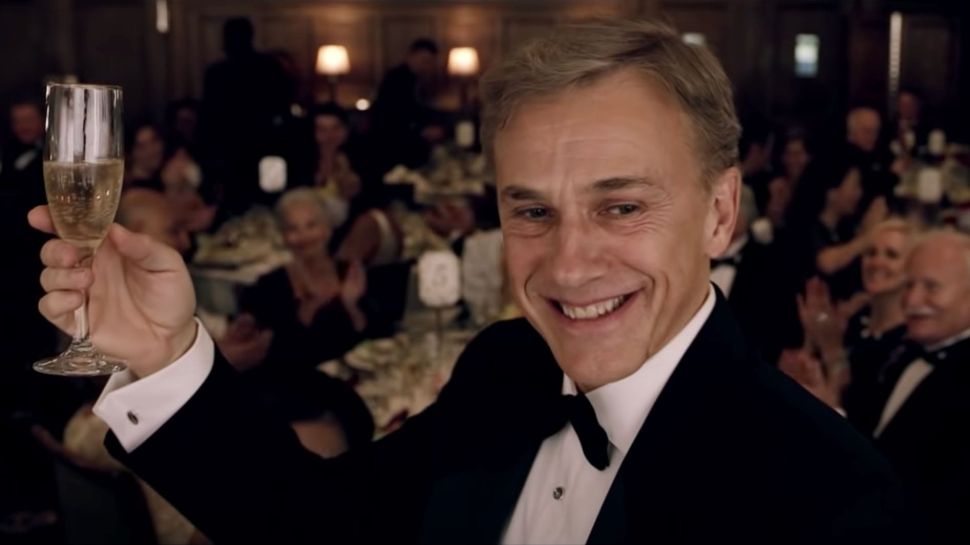