Although Gia Coppola’s last name might suggest an inevitable career in filmmaking, the writer/director didn’t necessarily set out to make movies. She happened into the medium after making short films for several fashion brands, and her first feature, Palo Alto, arrived in 2014. Based on James Franco’s short story collection of the same name, the film premiered at several international festivals and earned Coppola positive reviews. Despite its success, though, the director didn’t shoot another feature until 2019. And it’s only now that that the film, Mainstream, is coming out.

“Even though I have this film family background I was more resistant to making films and I had studied photography,” Coppola tells Observer, speaking over Zoom. “When I got the opportunity to make Palo Alto — and make it with a bunch of friends in a very intimate way — I wasn’t really thinking about the bigger picture or career moves. So when that was over I didn’t just want to make a movie for a movie’s sake or make another teen movie about adolescents. I wanted to challenge myself in new ways. It took me a while to figure out what inspired me and what I wanted to tell.”

She adds, “Over the years, I was doing photography and making commercials — different things. As an artist having life experiences and dabbling things in things you wouldn’t ordinarily do or reading things or being with the people you live, fills you with new ideas.”

Partly what inspired the film is I had a friend who was representing some of the YouTube stars…. Like “Wait a minute, millions of people watch a person play video games and they love it and they have a bigger following than this movie star?”

Mainstream is a very different film from Palo Alto. Starring Andrew Garfield as an unlikely YouTube star on a viral rise to fame, Mainstream is, as Coppola puts it, a “weird movie.” It’s uncomfortable, sometimes even jarring, but that’s the point. Coppola was inspired to pen the script with co-writer Tom Stuart after seeing Elia Kazan 1957 drama A Face in the Crowd, a film that also centers on an accidental rise to stardom in the mass medium of the time: TV.

“I was blown away by how relevant it felt as our culture has a little of this stupidity epidemic and we only focus if it’s outrageous,” Coppola says. “Everything is entertainment. News is entertainment. Where does that lead us? It led us to Trump. I felt very interested in ‘How do you stay sane and moral in an environment that’s constantly luring you to indulge in your ego?’”

There were numerous iterations of the screenplay as Coppola began to consider this idea, but it wasn’t until she started collaborating with Garfield several years before shooting that the film really took shape. She and the actor did several workshops to hone in on his character, a reckless, kinetic young man who has no qualms doing whatever it takes to get clicks. The goal was to tell the story in an emotional way, even as they asked these grandiose questions about society. Coppola cast Maya Hawke as Frankie, a struggling waitress who gets caught up in the YouTube game when she meet’s Garfield’s character, who dubs himself “No One Special.”

“I needed to tell the story through what these characters were experiencing and their emotional journeys are what we’re all relating to,” Coppola notes. “I did a lot of research on how social media is designed to keep us on. How it affected our psychology and dopamine hits. Partly what inspired the film is I had a friend who was representing some of the YouTube stars. This was way before it was really a thing. I was so fascinated by what she was doing and could not get my head around it. Like ‘Wait a minute, millions of people watch a person play video games and they love it and they have a bigger following than this movie star?’ I was trying to understand this underground world that was actually not underground and was quite mainstream. We just didn’t see it.”

Mainstream shot in Los Angeles in only 19 days, which Coppola calls “really, really hard.” The shoot benefited from the early workshops and rehearsal days ahead of production, which included the cast, which also features Nat Wolff and Jason Schwartzman, having the opportunity to discuss the themes of the film

“We did years of rehearsals,” Coppola laughs. “Constantly talking about it and workshopping it and figuring it out. I feel like the film has pieces of all of us talking about what we’re feeling, what we’re witnessing that’s going on — and trying to implement that into this. How did we get here? Where are we going? It was a lot of questions. I don’t know if I necessarily believe in rehearsing the scene over and over again. It feels like you’ll lose its energy if you do that. So it’s more about talking and getting vulnerable with each other.”

I did a lot of research on how social media is designed to keep us on. How it affected our psychology and dopamine hits.

Coppola hired her friend Autumn Durald as the cinematographer and the pair wanted to ensure that the visual aesthetic of Mainstream helped tell its story. It’s sometimes grainy, with music video–like sequences, and Coppola brought emojis into the look to connect the film with its online world. In some ways, Mainstream reflects what we see when we look at our phones, rather than a movie screen.

“I knew that it was going to have these visuals, with a layer of emojis and the cell phone analog texture and candid texture, as well as making something really traditional and cinematic,” she explains. “I wanted to play in that space [of the Internet]. Why not be creative with it and play with the blurred lines?”

Mainstream does ask a lot questions, including whether going viral for extreme behavior is worth it. It suggests that our fleeting obsessions with online content might not be very healthy — and can even have disastrous consequences. But Coppola wasn’t trying to answer any of these questions exactly. Instead, she hopes the film encourages viewers to seek out alternatives to the Internet. Or, at least, to consider what those tiny endorphin hits on social media might be causing you to miss out on.

“The antidote we were thinking about is community and connection and nature,” Coppola says. “Those are the things that are of value in life. Not money and power and fame. That doesn’t feed you in a way that’s really fulfilling or satisfying. It’s just another beast that keeps getting hungry. When you engage in the bigger picture of things, that’s when you feel whole. I knew the Internet is rapidly changing [when I wrote this], but it wasn’t to me so much about what platform this takes place on as it was about what emotions we’re feeling. This is an old story. It’s more about ‘How do you balance your ego when you have so much instant gratification?’ It’s even more amplified now because it’s in every part of our day.”

I felt very interested in “How do you stay sane and moral in an environment that’s constantly luring you to indulge in your ego?”

Despite her initial reticence to go into filmmaking, Coppola is currently considering what she wants to make as her third feature. She hasn’t quite landed on the next project, but it will be a shift away from Mainstream.

“I have some ideas of what I’m trying to figure out,” she says. “Hopefully it doesn’t take seven years again. There’s all this pressure that you have to churn things out all the time, but for what reason? Why not do things that feel right? Obviously you have to pay your bills — although you’re probably not paying your bills through independent films — but you have to do things that are fulfilling to you. We’re only on this planet for a short amount of time, so getting to know yourself and self-expression are important. I really needed to get Mainstream out of my system, so until I did for myself that nothing else was of interest… Now I feel much more open and excited to try new things. Whether I write it or not. I know that whatever I do I always want to counter what I just did. I felt so immersed in this kind of bombastic, dark space that now I wanted to be in a different environment.”

Mainstream will be in theaters and on demand May 7. 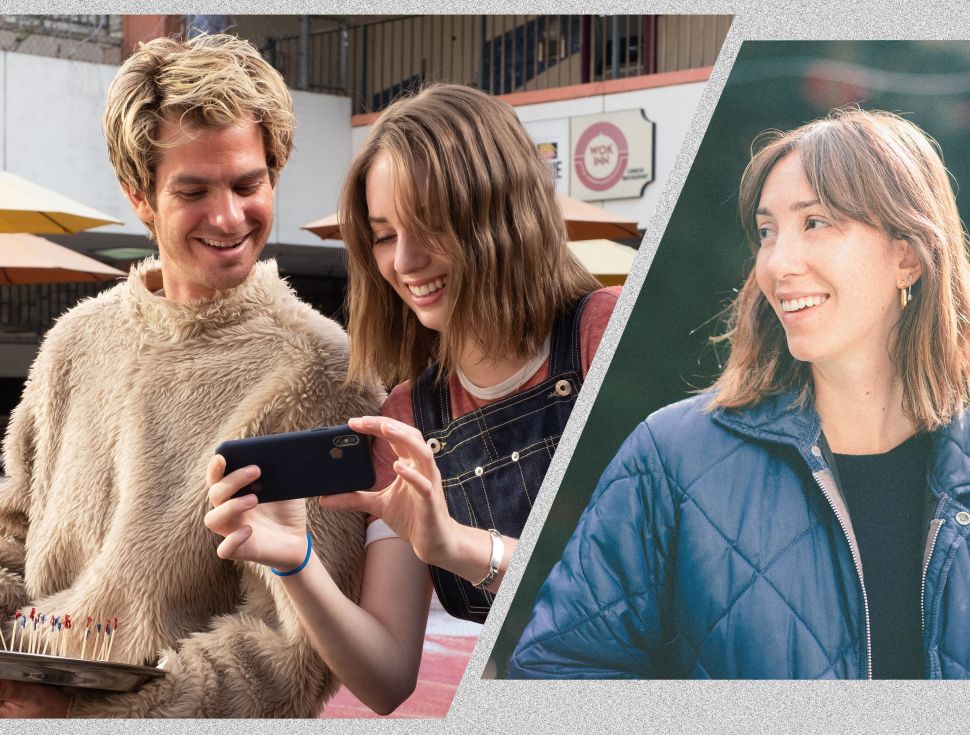