A high-level Goldman Sachs executive in London abruptly quit his job after reportedly profiting a fortune from investing in Dogecoin, the meme-inspired cryptocurrency whose dollar value has skyrocketed in 2021 so far thanks to internet hype and celebrity endorsements.

The banker, Aziz McMahon, was a managing director at Goldman and head of emerging market sales. He had been with the U.S. investment bank since 2007, according to his LinkedIn profile. He graduated from the Trinity College in Dublin with a master’s degree in Economics in 1998.

McMahon’s departure was first reported by the website efinancialcareers. It’s unclear exactly how much he’d made from investing in Dogecoin.

Dogecoin’s dollar value has surged over 1,000 percent this year so far. Last week, it shot up to an all-time high of $0.72 ahead of one of its most prominent advocates, Elon Musk’s debut on the TV comedy show Saturday Night Live. During the show the Tesla and SpaceX CEO jokingly admitted that Dogecoin is a “hustle,” which set off a 40 percent slump in the cryptocurrency almost immediately.

Dogecoin, inspired by a viral Shiba Inu meme, was created in 2013 by two software engineers from IBM and Adobe as sort of joke coin to parody Bitcoin. Dogecoin began trading on the crypto market at $0.0005 apiece with a cap of 100 billion mineable coins.

To everyone’s surprise, Dogecoin quickly gained popularity and had become the 25th largest cryptocurrency by April 2019.

Since 2020, the digital coin has been soaring like never before as young, speculative investors flock to the market amid a broader crypto boom. Banks and large managers seem to be warming up to cryptocurrencies as well. Goldman Sachs last week opened a Bitcoin trading desk, a 180-degree turn from its stance in 2018 to stay out of the crypto market.

It is believed McMahon made the Dogecoin profits investing with his personal account and had no involvement in trading cryptocurrencies for Goldman Sachs, per The Guardian.

Some investors also believe that cryptocurrencies provide hedge against inflation in a highly uncertain time like now, while its critics argue that crypto has no intrinsic value.

“The Bitcoin bubble keeps growing bigger and bigger. That’s what bubbles do. Until pop,” Steve Hanke, an economist at the Johns Hopkins University, tweeted this week. “Just remember, Bitcoin is a highly speculative asset, with a fundamental value of zero!” Hanke is known for his work as a currency reformer in developing countries.

That’s what bubbles do. Until they pop.

Just remember, Bitcoin is a highly speculative asset, with a fundamental value of ZERO! pic.twitter.com/sYvrC8ac4O 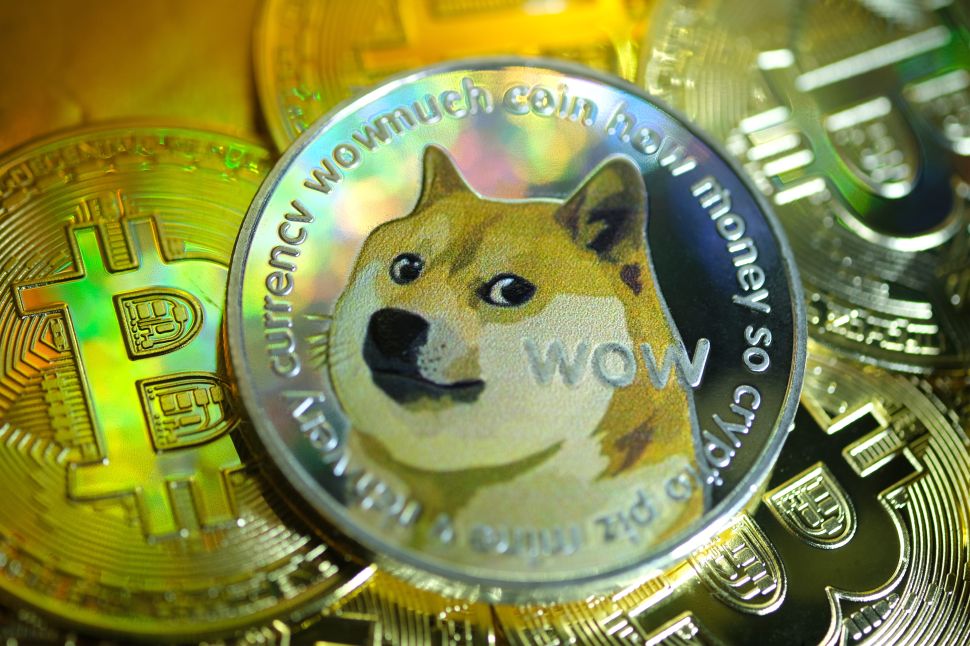