There are a lot of memorable characters in Netflix’s Halston, most of which are drawn from real-life personalities. But perhaps none is quite so compelling as Victor Hugo, Halston’s longtime lover who is often considered the iconic designer’s downfall. In the five-episode series, now streaming, Hugo is played by newcomer Gian Franco Rodriguez, who embraced the tempestuous, dramatic character opposite Ewan McGregor’s Halston. The pair’s dynamic is memorable as Victor works his way from call boy—reportedly named for his large anatomy—to Halston’s partner and window dresser. It’s a serious showcase for Rodriguez, who counts Halston as his first big project.

The New York-based actor was originally invited to audition for a different, smaller role at the end of November in 2019 (that role was eventually cut from the series), but asked if he could try for Victor instead. “I got the breakdown of all the characters and I realized they were looking for a Venezuelan character and it sounded like a lot of fun,” Rodriguez notes. “A great, very dramatic character.” It took several months of callbacks and waiting, but Rodriguez eventually scored the role in February, after Halston had already begun production. Despite the role being Rodriguez’s first major part and first time working on TV, he didn’t feel a sense of pressure to get it right.

“I wanted to be able to put it all out there.”

“I was relieved,” he remembers. “It was more stressful to not know, but once you get the ‘yes’ it’s easier. I’m a pretty positive person—I try to focus on the good parts—so I wasn’t thinking I need to get this right. How am I going to do it? It actually made me feel very confident. I got it for a reason. I got it because I can do it. So I didn’t get nervous when I heard the news.”

To prepare to play Victor, Rodriguez did extensive research on Hugo’s life, watching documentaries and old video footage of Hugo that isn’t available to the public. He read everything he could find, and also researched Halston and his life. The best resource turned out to be a connection with one of Hugo’s close friends, who invited Rodriguez to his home.

“I met with him and he was the most helpful part of the process,” the actor says. “I had so many questions for him—I was basically doing the job you’re doing right now. I asked big, important questions and small questions, anything I could get from him. He met Victor before Victor even knew Halston, so he saw him going through the whole process of meeting him and how much he changed through the years. He was at the hospital the day Victor died. He had a box of some of Victor’s stuff and I actually got to hold Victor’s Venezuelan passport, which was pretty cool because I also have a Venezuelan passport. It was a surreal experience.”

Learning about Victor’s life and personality wasn’t quite enough for Rodriguez, though. The actor also wanted to transform himself physically. He lost weight by doing two hours of cardio a day and cutting his calories to match Hugo’s slender physique and, of course, donned Hugo’s signature mustache. Rodriguez also embrace his former thick Venezuelan accent, which he has worked the past decade to lose (his current accent is very faint).

Rodriguez, who has previously only appeared in short films, was aware both of the big opportunity Halston presented an up-and-coming actor, but also the significance of being a Venezuelan actor getting to take on a Venezuelan role in Hollywood. It felt like a notable moment for the actor, who grew up in a Venezuelan-Italian family and moved to Los Angeles a decade ago. He’s been interested in acting since he was a kid, but never thought it was a possible career because people don’t grow up in Venezuela considering it a profession.

“When I came to study English in New York in 2010 I heard about this acting school and that idea got into me,” Rodriguez says. “I started realizing that in this country you could actually see it as a profession. I went back to Venezuela after the six months here and the plan was to just got back and stay there. But I just couldn’t. I couldn’t get that out of my head, the fact that I could pursue acting here. I just came back and went for it.”

That risk has been worth it for Rodriguez, especially since Halston turned out to be more fun than he could have imagined. Despite a seven-month delay on production due to the pandemic, Rodriguez felt completely connected to the cast. Before diving into intimate sex scenes with McGregor, Rodriguez was able to spend time with him on and off set, allowing the pair to create a chemistry that translated into the episodes.

“It’s not just about being able to get the opportunity to be on TV and do a character as a job,” he says. “But it’s also the fact that everybody was so great. It was very special. The entire cast—we really got along. It’s not just something we did for the show. We really do feel like a family and try to spend time together outside the screen whenever we can. By the time Ewan and I shot our first scene we had been together long enough to feel like it wasn’t our first scene.”

Ultimately, Rodriguez wanted to humanized a very complicated man. While Hugo may seem like a villain in Halston’s story, he had his own reasons for everything he did.

“The biggest challenge was to make sure that people could understand him in some ways and not just see him as a bad person,” the actor explains. “He was a real person. He went through some traumas. He went through some issues when he was younger, just like everybody else. I wanted to make sure people would understand him and not judge him so much.”

Halston is available to stream on Netflix. 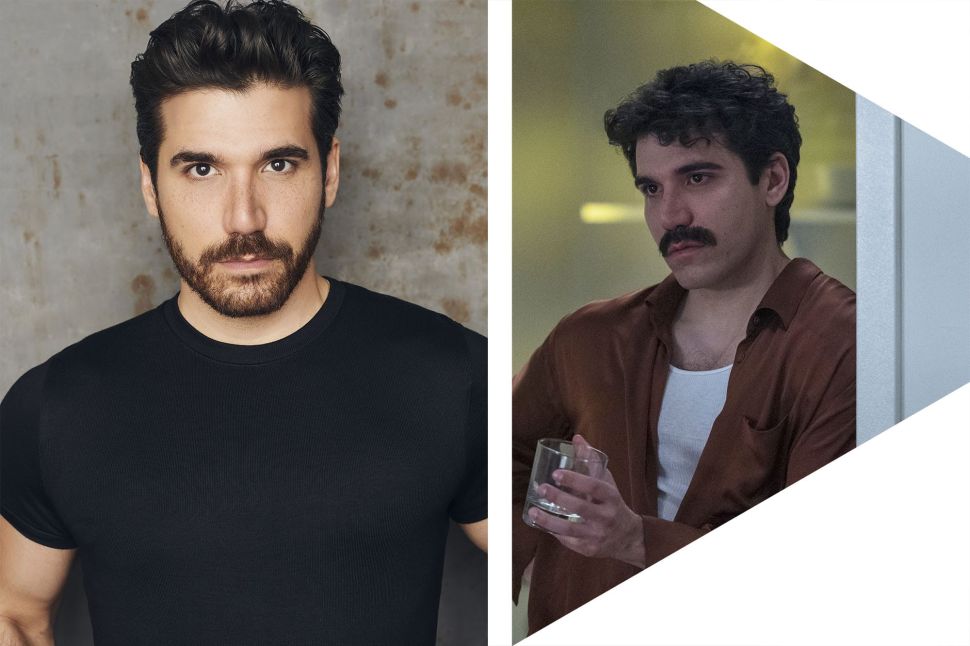