Whenever iconic film memorabilia pops up on the auction block, it’s essentially a guarantee that eye-popping sales prices are sure to follow. Critics of the art world are quick to scoff at millions being dropped on static canvases, but those with the means can be just as likely to do things like spend $3.7 million on Audrey Hepburn’s iconic ascot dress from My Fair Lady, or $666,000 on Dorothy’s ruby slippers (an ominous sum). Now, new reports announce that a hat worn by Harrison Ford in his 1984 flick Indiana Jones And The Temple Of Doom is anticipated to sell for around $249,000 when it is eventually offered at a Prop Store auction in Hollywood from June 29th.

It’s not at all surprising that Jones’ iconic chapeau, perhaps one of the centerpieces of the character’s swagger and machismo, has the potential to be scooped up for such a high sum; what is shocking, however, is the revelation that the hat in question is apparently a fedora. Yeah, a fedora, one of the most mocked and regularly reviled hats on the internet in recent memory.

According to Yahoo! News, the Jones filmmakers commissioned the custom hat from Herbert Johnson, an iconic and storied London hatter, a year before the film was shot. “They didn’t just walk in and buy a hat off the shelf…they combined attributes from a few different hats to make what became the Indiana Jones Fedora, which is probably now today, one of the most recognizable hats in all movies,” Prop Store COO Brandon Alinger said.

In all seriousness, though, it’s fascinating to consider how much goodwill Harrison Ford’s charisma brought to the concept of a young, handsome man gallivanting around in a dust-coated topper, and how rapidly this goodwill was spent when the fedora was eventually adopted by socially awkward guys who say things like “m’lady.” How the mighty have fallen. 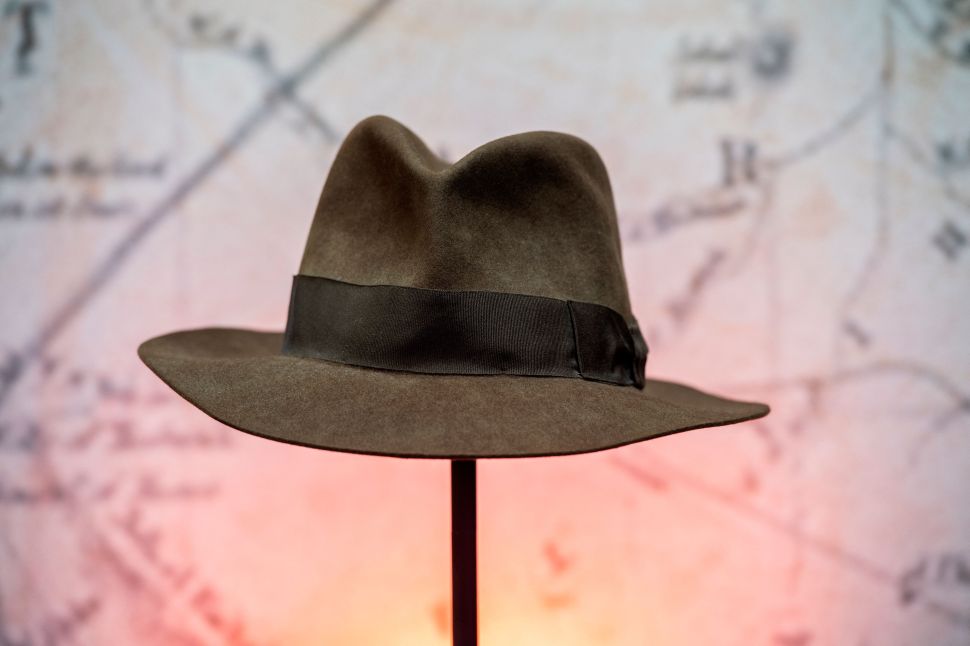