HBO will always be home to cutting edge original dramas. As the premiere destination for scripted originals on the small screen over the last 20 years, the network is not expected to ever abandon the human-based tales that have powered it to its preeminent position in the industry. Long before Game of Thrones revolutionized the scope and ambition of television capabilities, critically acclaimed HBO tales such as Oz, The Sopranos and The Wire challenged our notions of what narrative television could achieve. Kate Winslet’s current miniseries Mare of Easttown, which revolves around the investigation of a brutal small town murder, is evidence of HBO’s commitment to relatively small scale stories that burrow into our minds and take shelter within our hearts.

But entertainment mediums continue to change and, thanks in part to Game of Thrones, the blockbusterization of TV is a powerful force sweeping through the industry. Audiences are more attracted to shows connected to their favorite franchises than they are to new originals that hold no familiarity. In a clear effort to leverage its war chest of high-profile intellectual property and better reflect modern viewing habits, parent company WarnerMedia is beefing HBO and streaming service HBO Max with exactly that sort of programming push.

On Friday, American Horror Story and Ratched co-star Finn Wittrock was cast in HBO Max’s long-gestating Green Lantern series. The DC based show, which hails from Arrowverse architect Greg Berlanti, was first announced in the fall of 2019. It will be the biggest budgeted series Berlanti has ever created as it “reinvents the classic DC property through a story spanning decades and galaxies, beginning on Earth in 1941 with the very first Green Lantern, secretly gay FBI agent Alan Scott, and 1984, with cocky alpha male Guy Gardner (Wittrock) and half-alien Bree Jarta.”

WB’s DC Films label has more or less stabilized after a tumultuous start to the DC Extended Universe. It should come as no surprise that the popular superhero brand is responsible for some of HBO Max’s biggest upcoming bets. In August, filmmaker James Gunn (Guardians of the Galaxy) will deliver film The Suicide Squad, a quasi-sequel and soft-reboot of 2016’s Suicide Squad, which earned nearly $750 million worldwide despite being a mess of a movie. Gunn was so taken with John Cena’s Peacemaker in his upcoming film that he created an eight-episode spinoff for the character due out on Max in January 2022. Following the March 2022 release of Matt Reeves and Robert Pattinson’s The Batman, Max will also be home to a prequel spinoff set one year before the film and following the Gotham City Police Department.

After signing a massive $500 million overall deal with WarnerMedia in 2019, J.J. Abrams (Star Wars: The Rise of Skywalker) has been developing a number of projects for his new corporate home. Among them are fellow DC property Justice League Dark. Abrams will executive produce the series, which has not received much in the way of official updates for some time now. It will come as no surprise if the show intersects with the new Constantine series that is also in development at HBO Max.

Game of Thrones emerged as HBO’s most successful series ever and easily the biggest TV show of the last decade. The blockbuster fantasy drama was so overwhelmingly positive for the network that it has not only greenlit its first-ever spinoff, but a small battalion of companion series to continue exploring George R.R. Martin’s A Song of Ice and Fire world.

House of the Dragon, a prequel set 200-300 years before the main series, revolves around House Targaryen in the throes of their entrenched rule of Westeros. The show will seemingly build toward the infamous Dance of the Dragons, a climactic Targaryen civil war of great importance in Martin’s fictional history. The series stars Olivia Cooke, Emma D’Arcy, Paddy Considine and Matt Smith and hails from showrunners Ryan Condal (Colony) and Miguel Sapochnik (director of big GoT episodes such as “Battle of the Bastards”). It will debut in 2022.

Martin’s popular novella series A Knight of the Seven Kingdoms, which follows the hedge knight Ser Duncan the Tall (“Dunk) and his Targaryen squire Aegon (“Egg”), is also getting the live-action adaptation treatment. That story takes place 90 years before the main series.

The warrior queen Nymeria, who essentially founded House Martell and the Kingdom of Dorne and is largely the reason the region remained independent from Westeros for hundreds of years, is also in development. Set 1,000 years before Game of Thrones, this project has the potential to redeem GoT‘s lackluster Dorne-based storylines. As book readers know, the fictional country is a rich well of narrative power that deserves a proper adaptation.

Rome creator Bruno Heller is reportedly developing a GoT spinoff based on Corlys Velaryon, aka The Sea Snake, the Lord of the Tides and head of House Velaryon. Curiously, the character is also set to appear in House of the Dragon. Is HBO already planning a spinoff of a spinoff? Despite our puzzlement, Velaryon is an intriguing character in Martin’s lore.

Throughout GoT‘s run, Flea Bottom—the poverty-stricken slum of King’s Landing that was home to characters such as Davos Seaworth and Gendry Baratheon—has been named dropped and visited several times. Now, if all goes well, a new series will be set in this rough area, though story specifics are scarce.

Finally, an animated R-rated Game of Thrones series is reportedly being developed for HBO Max (all other spinoffs are, as of now, believed to be for HBO). No word yet on what the story might follow.

The Wizarding World of Harry Potter

In January, it was reported that a live-action Harry Potter TV series was in early development at HBO Max. Word on the street back then was that several writers had been pitching WarnerMedia on potential avenues for the magical series, though nothing official had yet been decided. At the time, representatives for Max and Warner Bros. denied that any Harry Potter TV series was in development.

Yet the Wizarding World is one of the most successful franchises of all time. Across 10 films (including the Fantastic Beasts series), the series has grossed more than $9 billion worldwide. Despite author J.K. Rowling’s repeated controversies, it’s clear that Warner Bros. is plunging forward with a third Fantastic Beasts film because it wants to stay in business with the Harry Potter architect. How that manifests itself in a new upcoming series remains to be seen. But audiences can likely expect a live-action TV expansion of Harry Potter’s world at some point in the future.

DC Comics, Game of Thrones and the Wizarding World are WarnerMedia’s biggest IPs. But HBO and HBO Max can mine other territory for attention-grabbing programming that moves the needle and adheres to this newfound strategy of repackaging familiar concepts.

A Sex and the City revival, titled And Just Like That, is in the works at HBO Max, though Kim Cattrall’s Samantha Jones won’t be returning. Other characters, such as John Corbett’s Aidan, will return. The original series aired on HBO from 1998 to 2004, spanning 94 episodes during its six seasons, and spawned two films that grossed more than $700 million worldwide combined.

Denis Villeneuve (Arrival, Blade Runner 2049) is set to deliver a blockbuster adaptation of Dune to Warner Bros. later this year following pandemic-forced delays (it remains unclear if it’ll also be released on HBO Max). As part of the studio’s franchise efforts, the planned two-part film series will also receive an HBO Max spinoff, titled Dune: The Sisterhood, which Villeneuve will executive producer.

Filmmaker Adam McKay (Vice) recently provided an update on Bong Joon Ho’s companion series to his Oscar-winning masterpiece Parasite, set up at HBO. The series will tell an original story set within the same universe of the film. Given the talent involved, it could be a major prestige player for the network.

With Hollywood slowly but surely coming around on video game IP, HBO is also developing a highly-anticipated adaptation of beloved game The Last Of Us. The apocalyptic drama appropriately hails from Chernobyl creator Craig Mazin and stars Pedro Pascal, one of the hottest stars in Hollywood at the moment.

There is an avalanche of additional programming being developed at both HBO (which got a hefty budget increase after AT&T acquired Time Warner) and HBO Max. While new-to-screen originals will continue to serve as a defining trait of the programming strategy, marquee IP will also play a significant role in both platform’s respective quest to attract and maintain an audience. 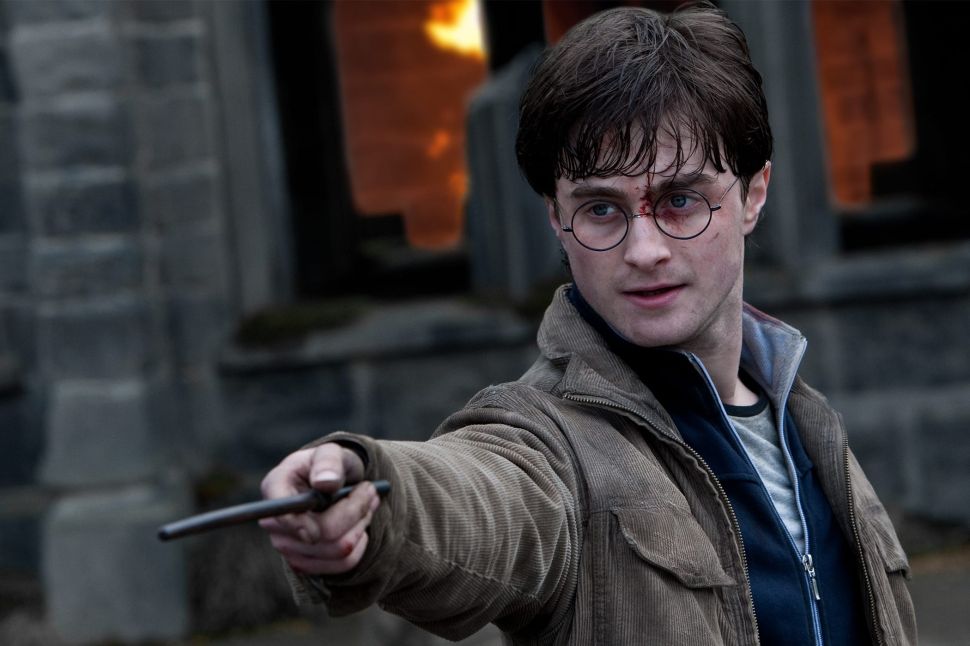