At 3am ET on Thursday, HBO Max debuted its long-awaited Friends Reunion special that brings together the original cast of the beloved sitcom for a night of memories and warmhearted nostalgia. But amid all of the fuzzy emotions is the cold hard business truth: HBO Max needs The Reunion to drive interest and engagement. On that front, the special seems to be succeeding thus far.

Early sign the #FriendsReunion is driving signups for @hbomax: Source tells me the number of *new* subscribers choosing FRIENDS as the first thing they watch when they initially log in to Max is currently up 600% vs the weekly average of so-called "first views." pic.twitter.com/cNdN6S7xJr

As of Thursday morning, the HBO Max app was trending at No. 22 among the iOS free apps and No. 4 among top grossing apps in the U.S., per appannie.

Friends: The Reunion special on HBO Max has also driven a surge of U.S. and worldwide demand for the original sitcom. As of May 24, Friends was the fourth most in-demand overall show in the world—behind only Game of Thrones, Attack on Titan, and La Casa de Papel (Money Heist)—and the eight most in-demand overall show in the U.S., behind stalwarts such as The Simpsons and The Mandalorian (both on Disney+).

Friends has now jumped 13 spots in Parrot Analytics’ global ranking over the last 30 days, and 32 spots in the U.S. rankings in the same time frame. The Reunion is something of a culmination point for all of this renewed interest in the series.

On May 24, worldwide demand for Friends was 58.1x higher than demand for the average show globally, up 37.7% over the last 30 days. Year to date (Jan. 1-May 24, 2021), global demand for Friends has average 42.7x the demand of the average show worldwide. Many streaming industry observers have wondered how previous library hits such as Friends and The Office would perform once they left Netflix. Now, we have one additional data point to suggest an answer.

Parrot Analytics sifts through social media, fan ratings, and piracy data to represent audience demand, which reflects the desire and engagement expressed for a title within a market. It is not a reflection of viewership. 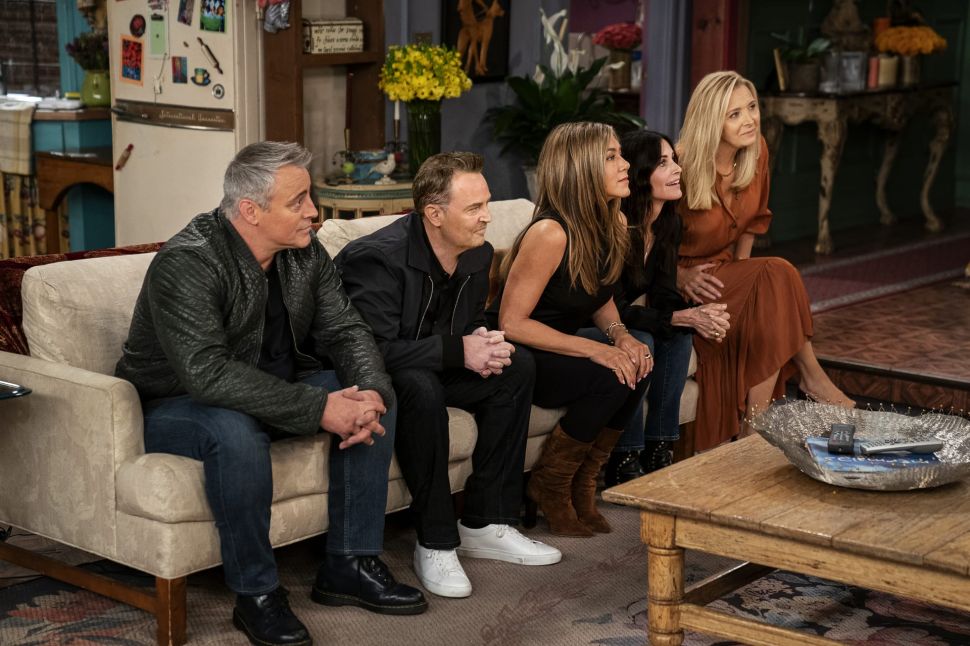