The first interaction between Ava (Hannah Einbinder) and Deborah Vance (Jean Smart) in HBO Max’s wickedly enjoyable Hacks ends with the former telling the latter she’s going to take a shit on her lawn. Naturally, Deborah’s only logical response to this declaration of fecal warfare is…to hire Ava on the spot. Finally, television understands how friendship really works.

Created by Broad City contributors Paul W. Downs, Lucia Aniello and Jen Statsky, Hacks understands better than most that we’re all just hanging on by a desperate thread. Deborah is a legendary Las Vegas comedy diva looking to appeal to a younger audience lest she waste away into irrelevance and be forced to reckon with her own empty life. The entitled 25-year-old comedy writer Ava has just lost her big deal thanks to a controversial Twitter joke and is coming to terms with her own undeserved sense of superiority. Like it or not, they need each other to survive. Forget station and status, Hacks is about two women clinging on for dear life and discovering something about themselves in the process.

Where the audience may see in Ava a young, disrespectful and unstable millennial throwing away a job opportunity, Deborah sees herself. The vulgarity, the hilarity, the sheer chutzpah. It’s not everyday a prospective employee tells you you’re a classist bitch during a job interview. But Ava’s spark is a beacon for Deborah’s self-reflection. The first of many examples as to why they’re actually kindred spirits, no matter how vehemently they fight against that idea. The journey so far is hilarious and surprisingly tender. It also punctuates television’s recent trend of finally popularizing platonic womens’ friendships on the small screen.

This isn’t a “new” evolution of television. Sex and the City is the obvious (and enduring) example of the contemporary age. Gilmore Girls is up there as well. But female-focused series that navigate everyday life have traditionally been few and far between in the mainstream. This doesn’t come from a virtue-signaling, uber-woke and provincially P.C. perspective, though critics on Twitter will undoubtedly label it as so. But the simple truth of entertainment is that there are only so many stories you can tell about a straight white guy played by someone named Chris.

The recent surge of compelling female friendship-based series gives scripted programming a fresh perspective that often feels refreshingly specific. That specificity unlocks its universality. What is entertainment’s role if not to represent different pockets of life that reflect the details of ours? Each detail brings a new dimension of familiar experiences that help us better recognize the themes in our own lives.

TV Land and Paramount+’s Younger explores ageism in the workplace. Protagonist Liza Miller (Sutton Foster), a 40-year-old divorcee posing as a 26-year-old, courses through the most rewarding years of her life with her new BFF Kelsey (Hillary Duff), mentor Diana (Miriam Shor), and a worthy sitcom love triangle. Netflix’s Dead to Me throws together two contrasting yet complementary leads in Jen (Christina Applegate) and Judy (Linda Cardellini). Polar opposites who nonetheless know the importance of forgiveness, empathy and bottomless margaritas. Dead to Me is driven by the idea that we get to choose our family in this life. Teenage Bounty Hunters is Dead to Me‘s spiritual successor that showcases the power of familial bonds and the importance of unconditional support. Fraternal twins Sterling (Maddie Phillips) and Blair (Anjelica Bette Fellini) remind us that the challenges in our life are always made easier with a partner in crime. It sounds hokey and reductive, but it resonates with its creative honesty.

Broad City, Insecure, and Girls all occupy a similar space with singular viewpoints. These series represent successive successes over the last few years that have helped to further cement entertainment’s changing paradigm. Between Kaley Cuoco’s The Flight Attendant, Crisitin Milioti’s Made for Life and Anna Kendrick’s Love Life, HBO Max’s running motif is early millennial women finding their way through both normal and extreme circumstances. Hulu’s flagship series, The Handmaid’s Tale, sparked a female-focused content strategy that has survived multiple hierarchal shakeups (and given us gems such Pen15 and Shrill).

Peak TV is transmogrifying once more and the audience is better off because of it. Tony Soprano, Walter White and Don Draper revolutionized television for the better. But beautiful distillations of life’s most important lessons are not restricted to dark and problematic figures. Nor is dark and problematic territory exclusively masculine. Thematic value can be mined in any number of ways through a multitude of lead characters.

Hacks explores the role women play in comedy and entertainment and how they must leap toward what their male counterparts saunter to. Friendship, particularly in that world, isn’t easy. In an upcoming episode, Deborah and Ava momentarily put down their pitchforks to take care of one another, and even join forces to play a devastating practical joke together. That’s friendship in its own way. And isn’t that one of the reasons we turn our televisions on in the first place? 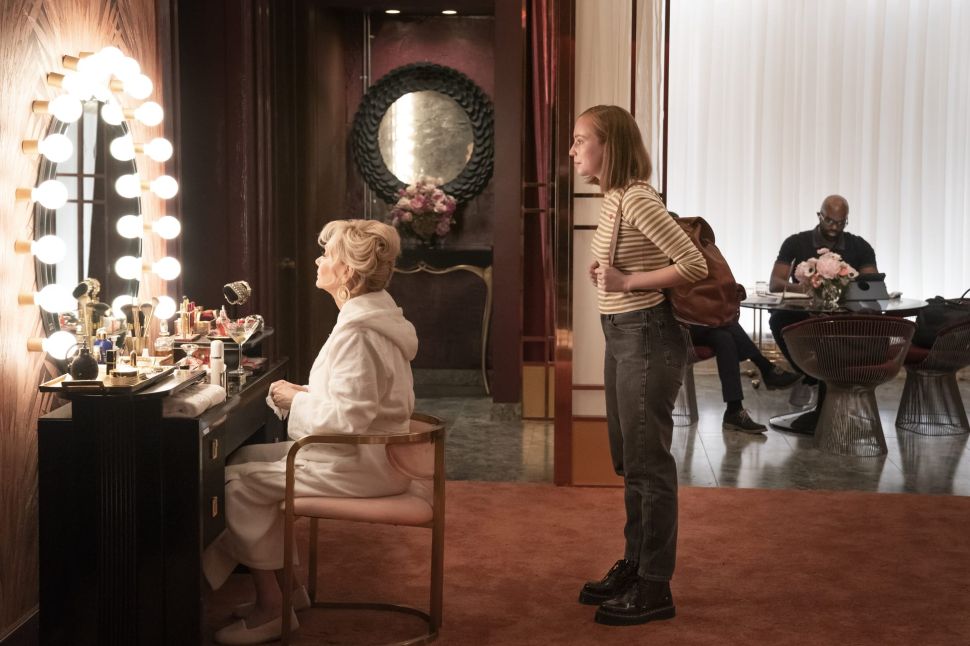