Over the years, French artist JR has constructed a considerable reputation for himself by producing work that takes the collective public into account as part of its main reason for being. In 2019, the Brooklyn Museum hosted JR’s first major exhibition in North America, and since then, the artist also unveiled a mural in Domino Park featuring photos of over 1,000 residents of New York City from all five boroughs. Now, as part of his latest project, JR has returned to his home country in order to produce a massive trompe-l’oeil beneath the Eiffel Tower that makes it appear as though a canyon is opening up beneath it.

There’s no doubt that JR’s creation, which invitingly welcomes audience participation, will for a time become an incredibly popular site for cheeky Instagram photo shoots. In fact, it’s not the first time that JR has used the trompe-l’œil technique in order to charm and delight his fans. In March of this year, the artist installed a piece called La Ferita (The Wound) on the side of the Palazzo Strozzi in Florence, Italy. The artwork makes it look as though a giant hole has been torn into the side of the building, revealing a semi-imaginary black and white environment inside.

Before that, in 2017, the artist also did an installation that involved placing a giant baby’s head on the border wall between the United States and Mexico so that it appeared the baby’s head was peering over the side. In 2019, with the aid of a number of volunteers, the artist also placed thousands of pieces of paper in the courtyard of the Louvre in Paris, so that it looked like the museum’s iconic glass pyramid entrance was authoritatively penetrating the black-and-white rock below. Clearly, the artist has a thing for the mystery of what lies beneath the Earth’s surface. 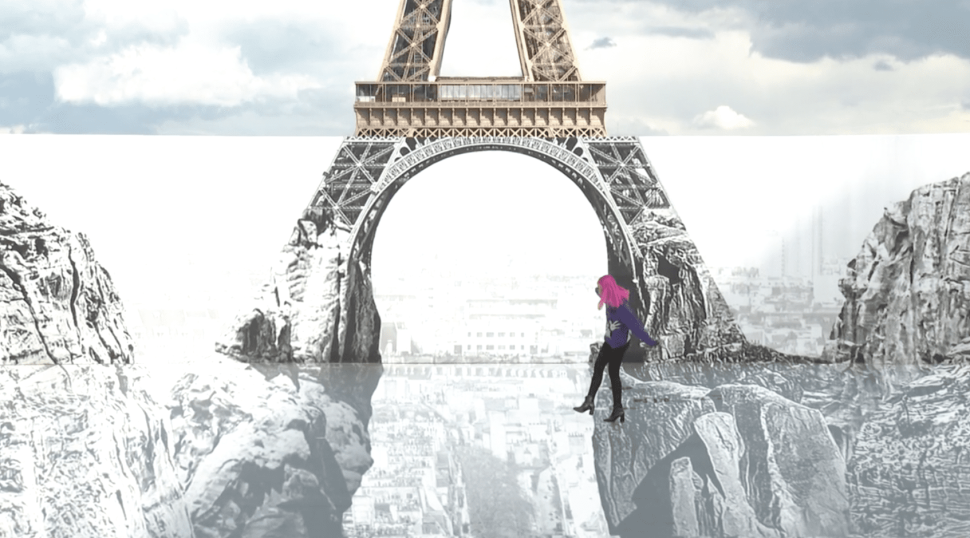