The Duchess of Cambridge’s special pandemic photo project book, Hold Still: A Portrait of Our Nation in 2020, was released today, and in honor of the launch, the royal partook in a special treasure hunt.

Kate Middleton teamed up with the Book Fairies, an organization in which a global network of people leave books in spots all around the world for others to discover, for the release. The Duchess headed out in London early this morning, and according to posts shared on Prince William and Kate’s social accounts, she helped hide 150 copies of Hold Still around the U.K.; in one of the videos on the royals’ Instagram, Duchess Kate can be seen placing a copy of the book on the grounds outside Kensington Palace.

The lucky few who manage to find a book left by the Duchess of Cambridge get a special treat. “Each copy is adorned with a gold book fairy sticker, gold ribbon, and has a letter from The Duchess tucked inside. To make this activity even more special, book fairies, the Hold Still judges and participants of the final 100 images are leaving copies at places that gave them hope during the lockdown,” per the Cambridges’ Instagram. 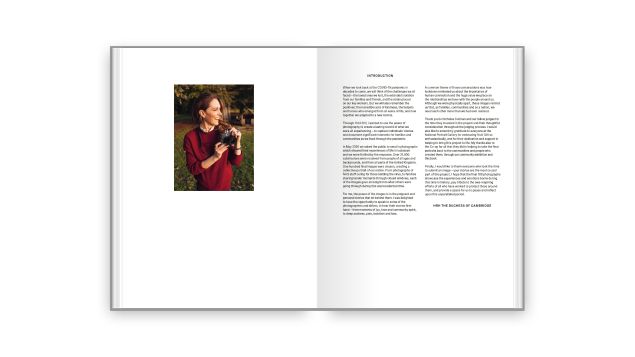 The Duchess wrote the foreword to the book.

Duchess Kate, an avid photographer herself, first launched the photo project last year. She worked with the National Portrait Gallery (she’s the royal patron) and asked people from all over the U.K. to submit a portrait depicting their lives amid the coronavirus pandemic. The response was huge, as Kate and a panel of judges received over 31,000 submissions.

The final 100 selected images were displayed via a digital exhibition at the National Portrait Gallery, and then in March this year, it was announced that the project, with the 100 final photos, was being turned into this a special coffee table book, Hold Still: A Portrait of Our Nation in 2020, with a foreword written by the Duchess of Cambridge herself.

For the launch today, Duchess Kate visited the Royal London Hospital, where she heard about the hospital’s art program, Vital Arts, and spoke with hospital staff; the Duchess also viewed the portrait Melanie, March 2020 by Johannah Churchill, which Kate selected to feature on the front cover of Hold Still.

Hold Still: A Portrait of Our Nation in 2020 costs £24.95 (just over $34), and net proceeds from the book will be split between the National Portrait Gallery and the mental health charity Mind. If you’re not able to score one of the special copies Kate left lying around, don’t fret, as the book is now available to purchase in U.K. bookstores as well as online, including at the National Portrait Gallery website; there’s been “unprecedented demand,” so perhaps you should act fast and order your copy ASAP—we think it would definitely work as a Mother’s Day or Father’s Day gift.

It’s a big time for royals in the book world, as Meghan Markle is also branching into the literary realm. The Duchess of Sussex wrote her very first children’s book, which will be published on June 8. 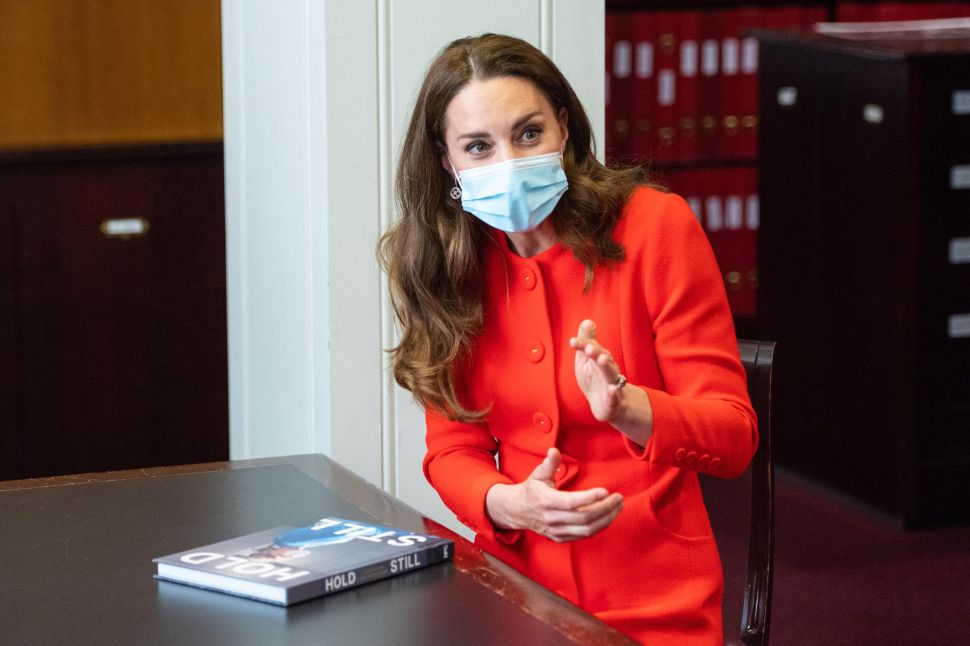