It’s been a somber time for the royals after Prince Philip’s death, but there have also been quite a few cheerful family milestones for the Cambridges. Prince William and Kate Middleton’s youngest son, Prince Louis, turned three at the end of April, and then the Duke and Duchess of Cambridge celebrated 10 years of marriage days later. This weekend, they had another special family occasion, as Princess Charlotte turned six years old on May 2.

Prince William and Kate continued their tradition of releasing new photos of their children in honor of their birthdays; the Cambridges shared an adorable portrait of Princess Charlotte, which family photog Duchess Kate captured over the weekend at Anmer Hall.

The photo shows Princess Charlotte smiling at the camera in the backyard at Anmer Hall, wearing a blue-and-pink floral Rachel Riley frock. The little Princess is already a true style influencer just like her mom, as the British brand has already sold out of the $85 button-up dress—perhaps it’s time to start looking into the Princess Charlotte Effect.

While she might be a trendsetter just like her mom, she’s taking after her dad’s side of the family, too, as many saw a major resemblance between Princess Charlotte and her great-grandmother, Queen Elizabeth, as well as between the little Princess and her father, Prince William.

Kate took the sweet snap on Saturday, one day before Charlotte turned six. It seems the family decided to spend the Princess’ birthday weekend at their Norfolk home, instead of at Kensington Palace in London. It’s no surprise they chose to celebrate at the Sandringham country estate; they often travel to Anmer Hall on weekends, as well as for holidays and school breaks. Princess Charlotte must have been thrilled to spend her birthday at the Norfolk home, as it’s where she can ride her pony—she’s reportedly really following in Queen Elizabeth’s footsteps, and is a true horse girl.

The Duke and Duchess of Cambridge shared a rare glimpse of their family life at their Norfolk home last week, as they released a short home video of the couple with their children at the estate, in honor of the Cambridges’ wedding anniversary.

The Cambridges did not, however, share the birthday photo of Princess Charlotte on their Instagram or Twitter accounts, as they were participating in a boycott of social media over the weekend to protest the online abuse of players and others in the British football community; Prince William is president of the Football Association, and announced his plans to join in the boycott on Friday. 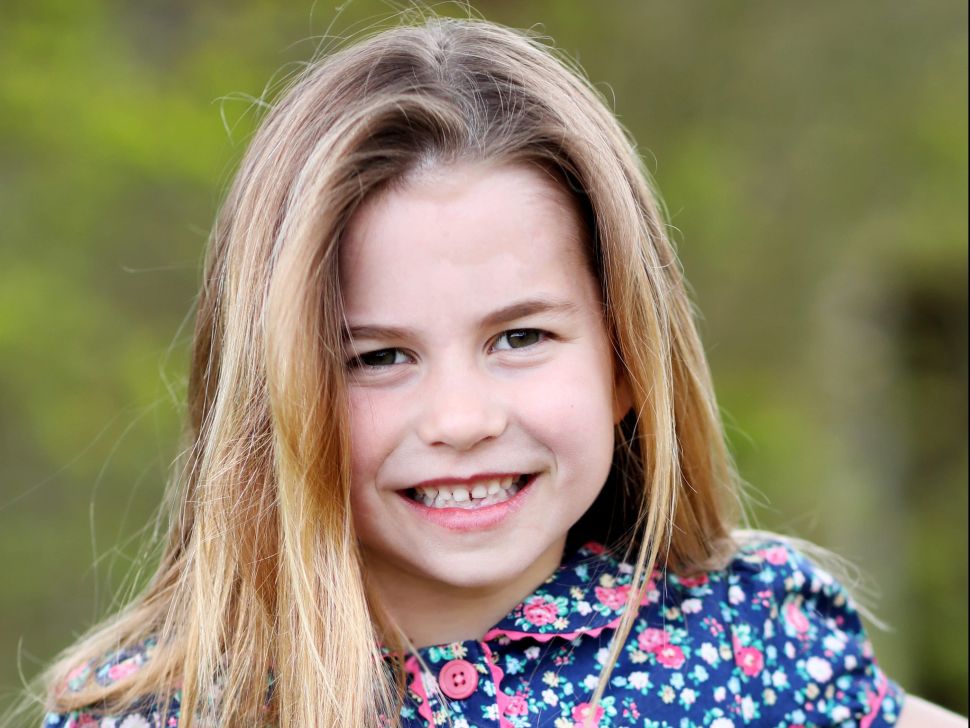