Last week was a busy one for Prince William and Kate Middleton, as aside from their usual royal duties, they also (finally) launched their very own YouTube channel. The Duchess of Cambridge had an especially big few days, with the release of her pandemic photo project book, Hold Still: A Portrait of Our Nation in 2020 on Friday, for which she started a royal book treasure hunt.

Prince William and Kate didn’t complete any official royal engagements this weekend, but the world did get a rare peek into their off-duty life, as they were spotted boarding a helicopter with Prince George, Princess Charlotte and Prince Louis on the grounds of Kensington Palace.

The Cambridges were filmed by Instagram user Elle Kay, as they walked on the grassy lawn towards the helicopter on Friday afternoon. Prince William held little Prince Louis’ hand, while Prince George walked in the middle of his two younger siblings.

Duchess Kate was dressed in a long purple coat, per Hello, and was walking the newest member of the Cambridge family—their adorable new puppy. The very excited pup was reportedly gifted to the family by Kate’s brother, James Middleton, shortly before their first beloved dog, Lupo, died last year.

It’s not clear where, exactly, the Cambridges were jetting off to, but it seems likely they were heading to their Norfolk country home, Anmer Hall, for the weekend. It’s where they usually spend school holidays and most weekends, and is where they recently celebrated Princess Charlotte’s sixth birthday. Prince William said his daughter had a “lovely day,” and that “Last year it was her birthday in lockdown, but this year we were able to have one other family over. They grow up very fast. It was great fun.”

The Cambridges reportedly feel most at home at Anmer Hall, and love being able to have their children run around outside. While Princess Charlotte and Prince George are very into their ponies at the moment, their little brother has a new preferred mode of transportation. Duchess Kate recently revealed that Prince Louis is “very quick running around, and he’s on his little scooter as well. He’s very quick. I can’t keep up with him!” 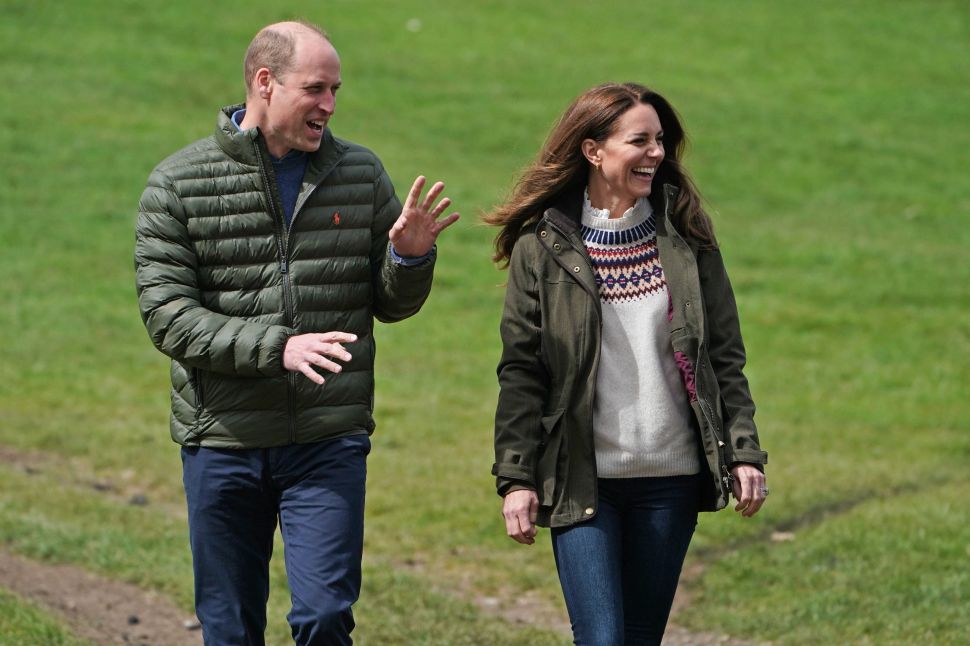