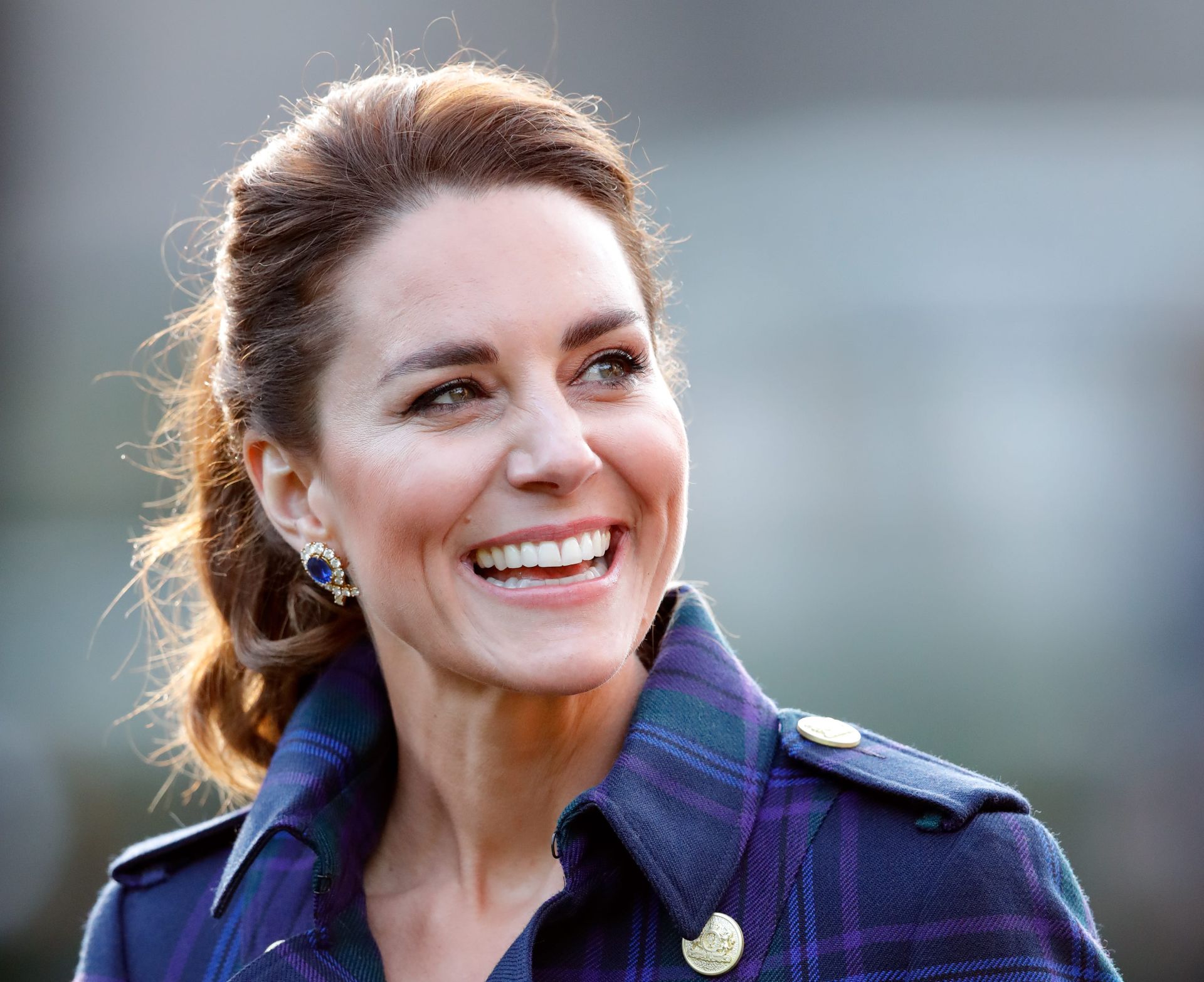 The Duchess of Cambridge wore no less than 10 outfits during the royals' four-day royal tour of Scotland. Scroll through for all her best moments.
Morgan Halberg 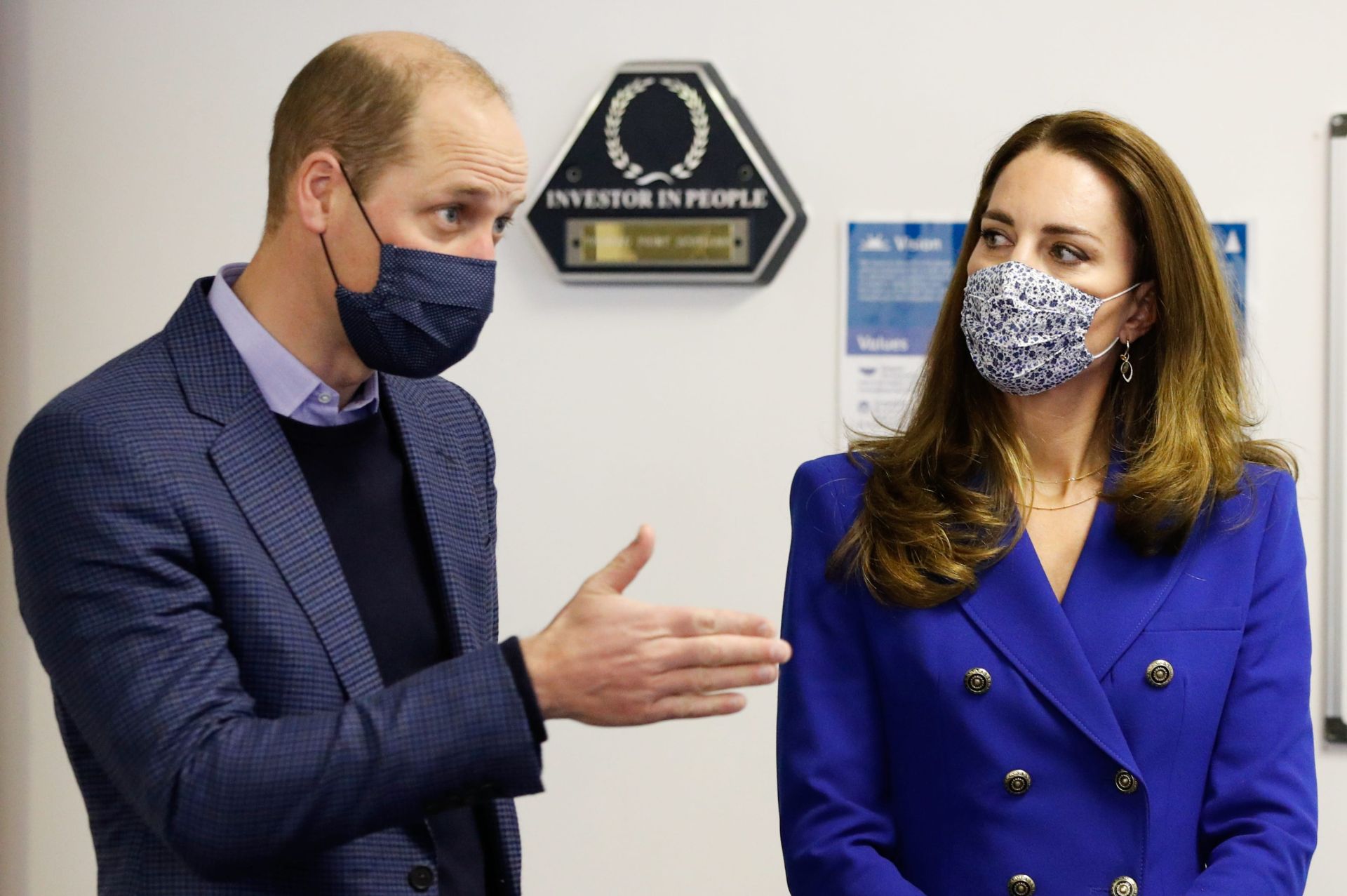 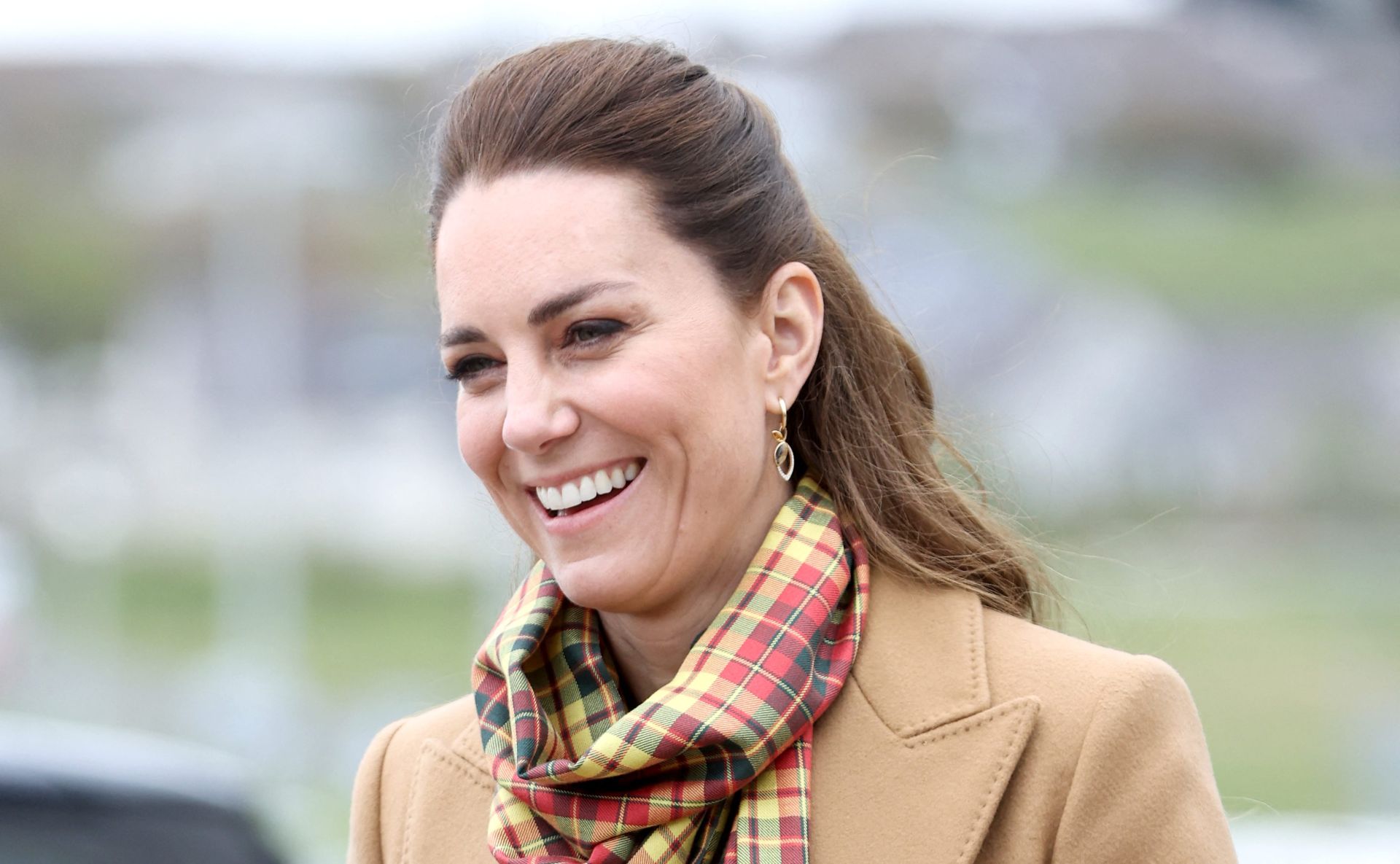 It was all beige and tartan in Orkney.
Morgan Halberg 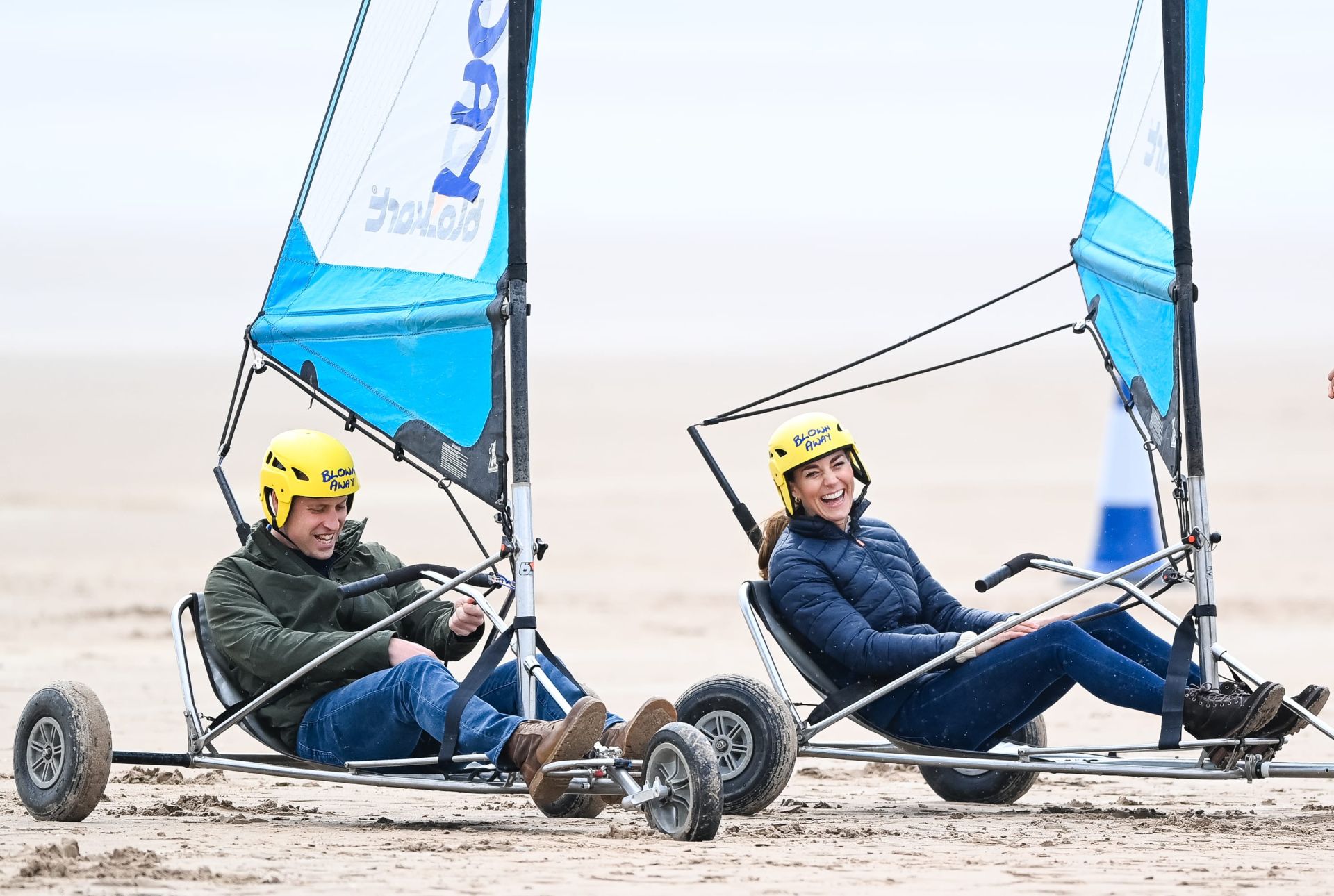 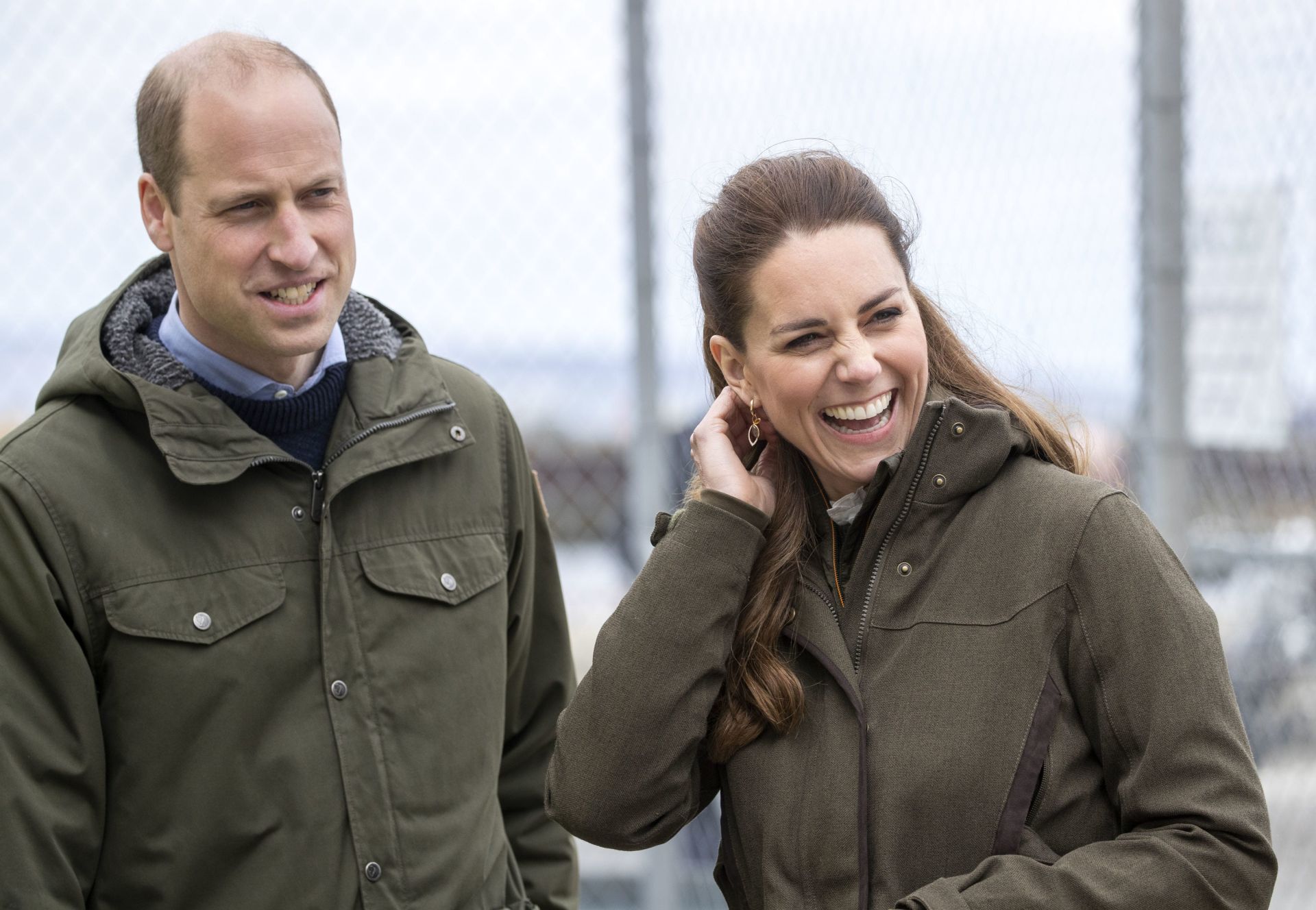 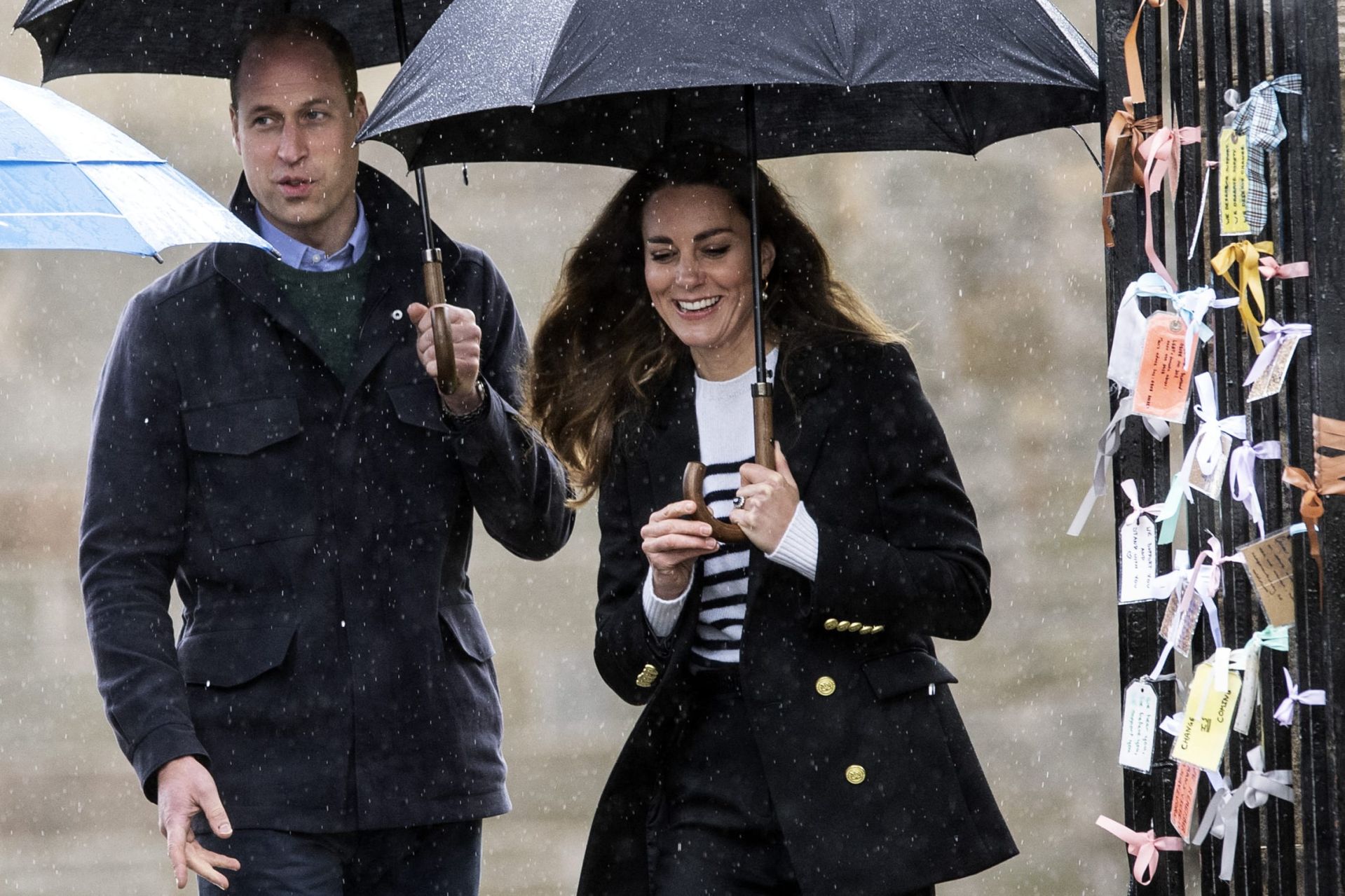 Prince William and Kate managed to sneak off for a secret date during their time in St. Andrews.
Morgan Halberg 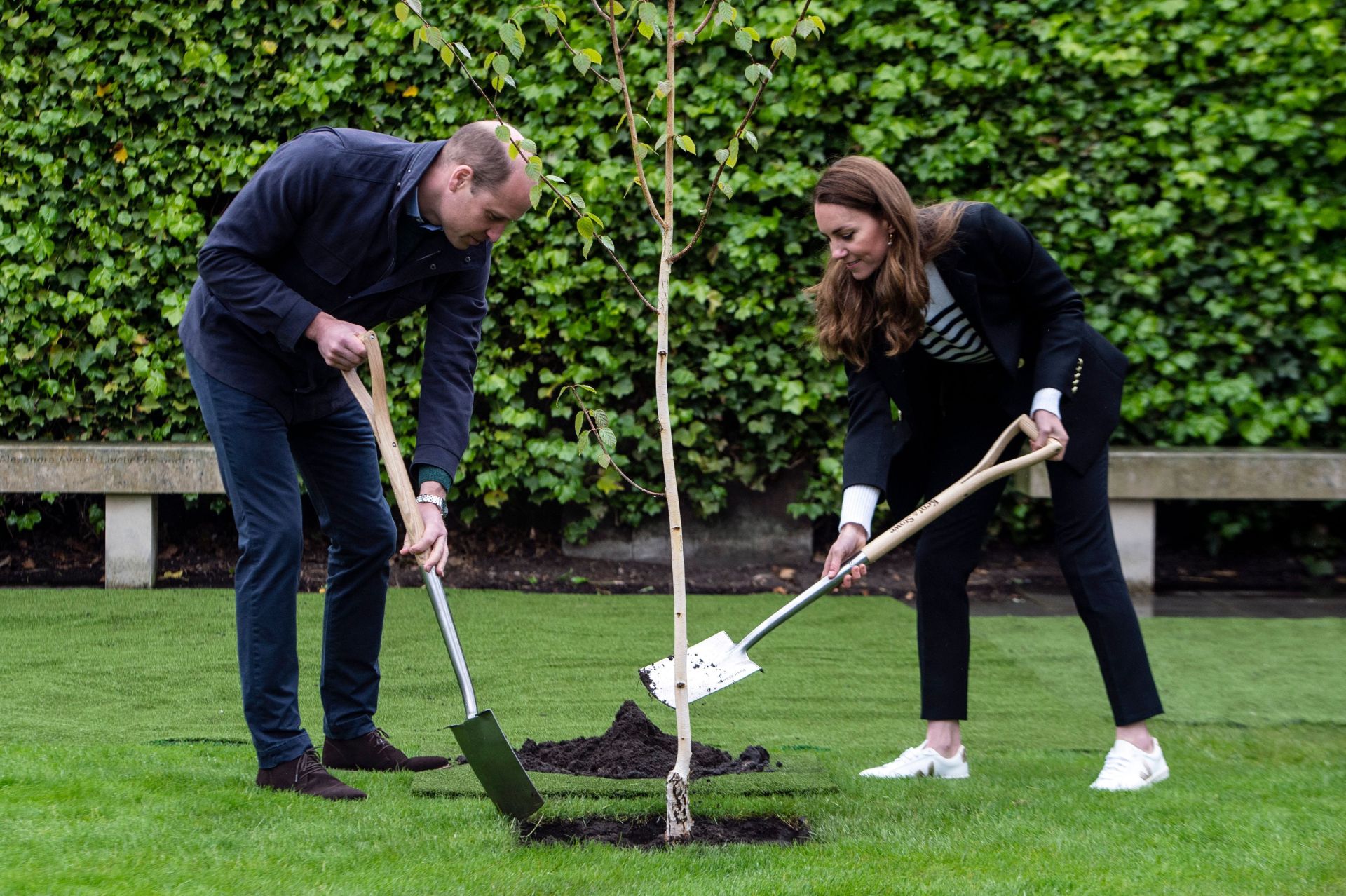 Stripes and a blazer for a tree-planting ceremony at St. Andrews.
Morgan Halberg
Advertisement 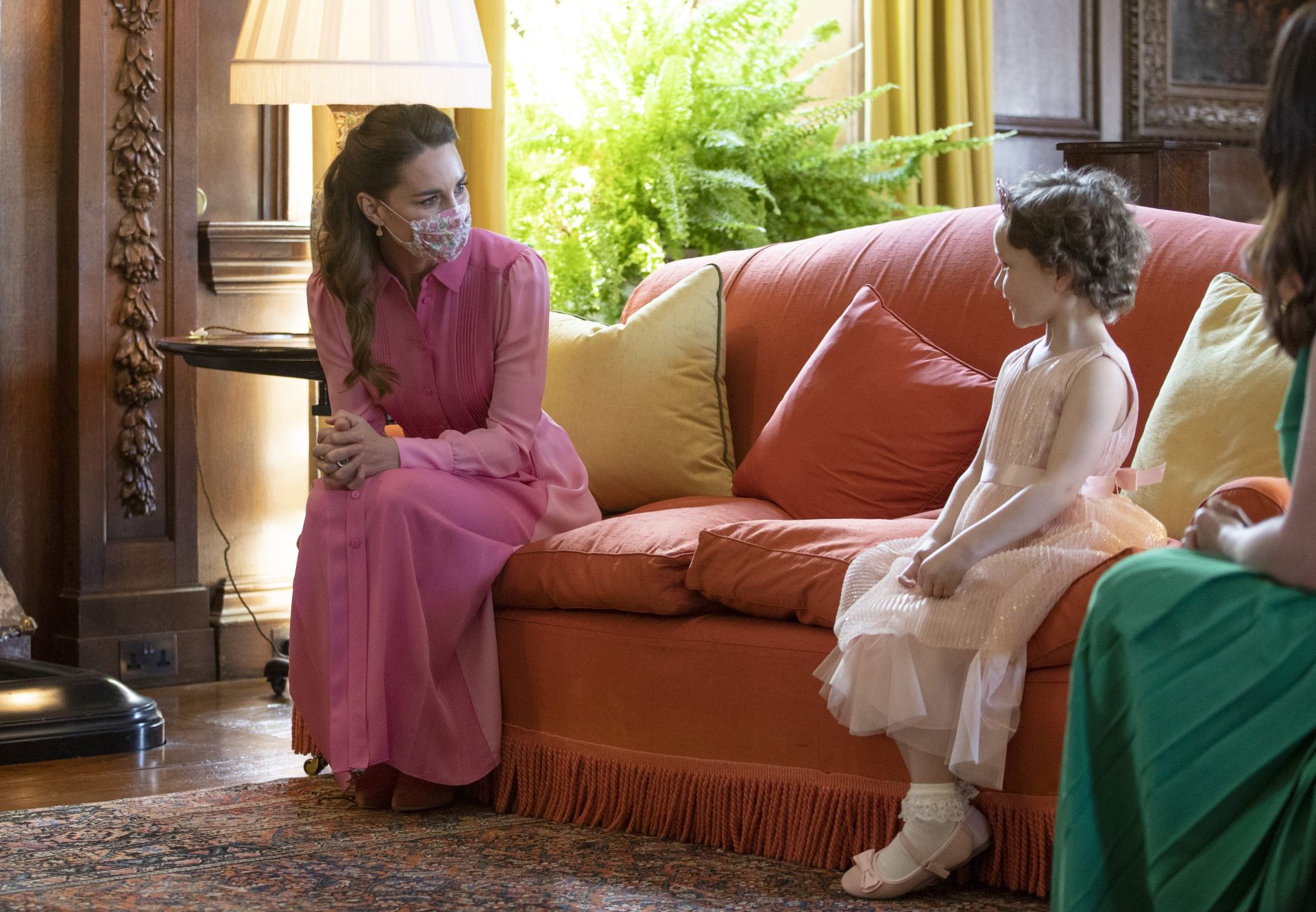 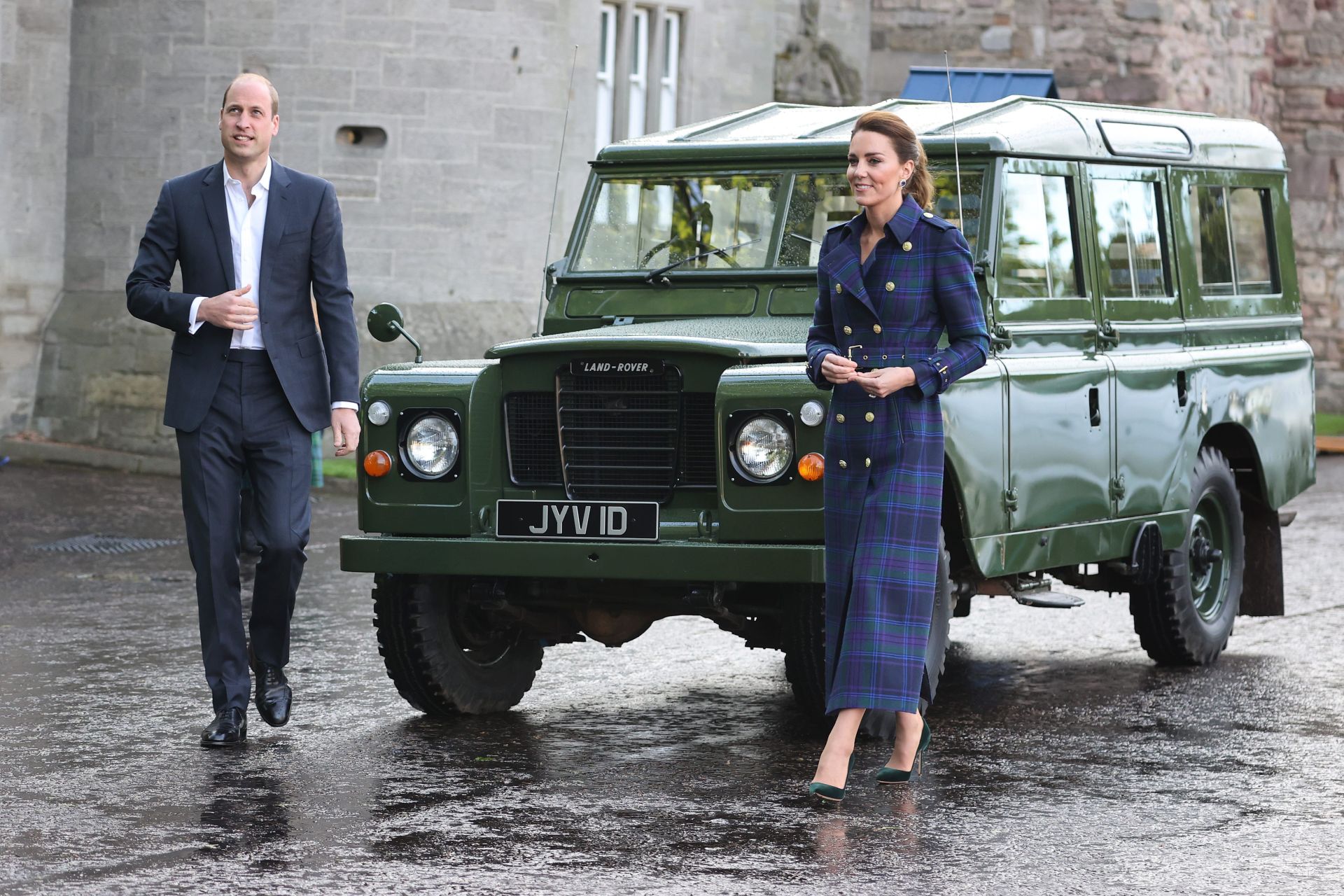 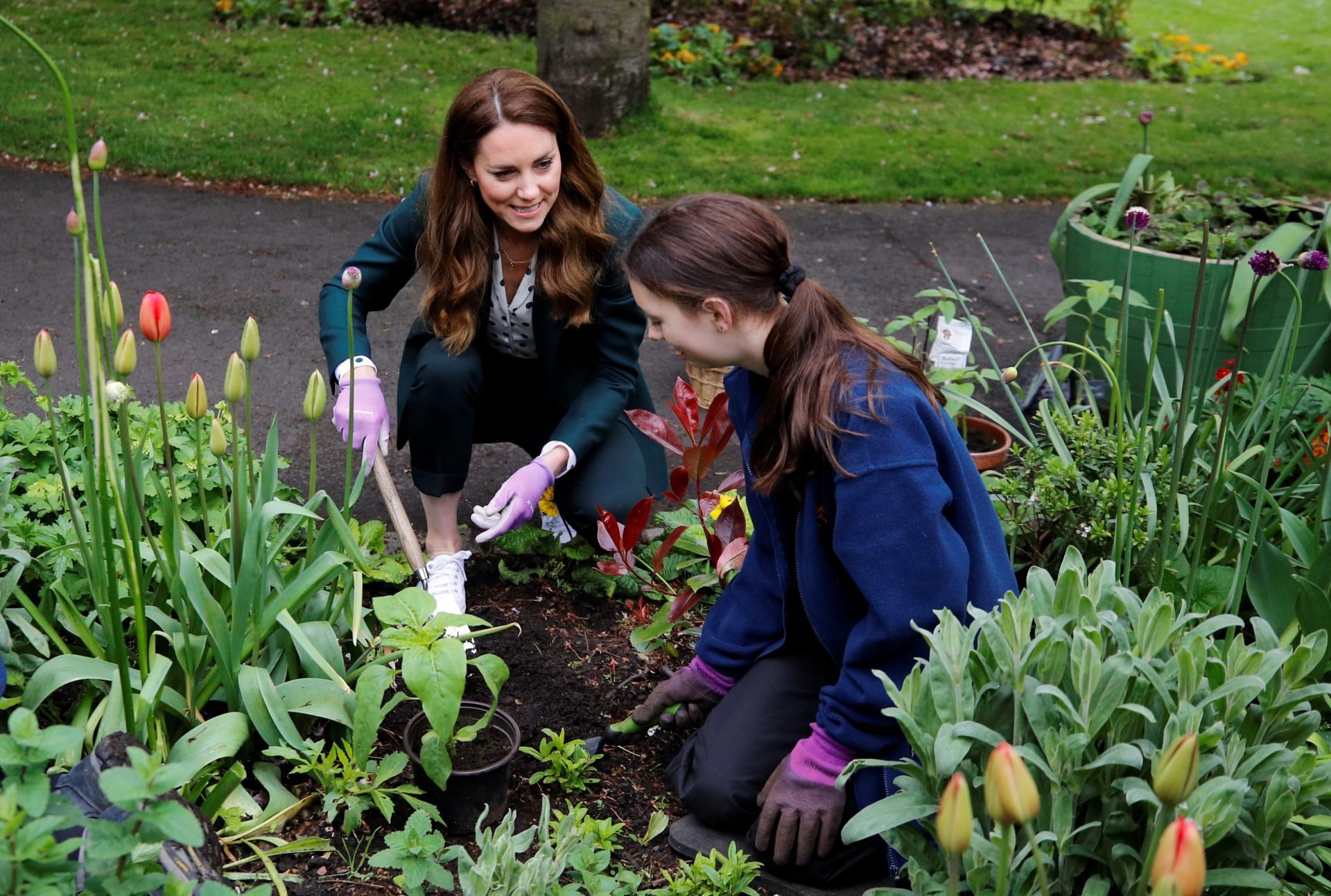 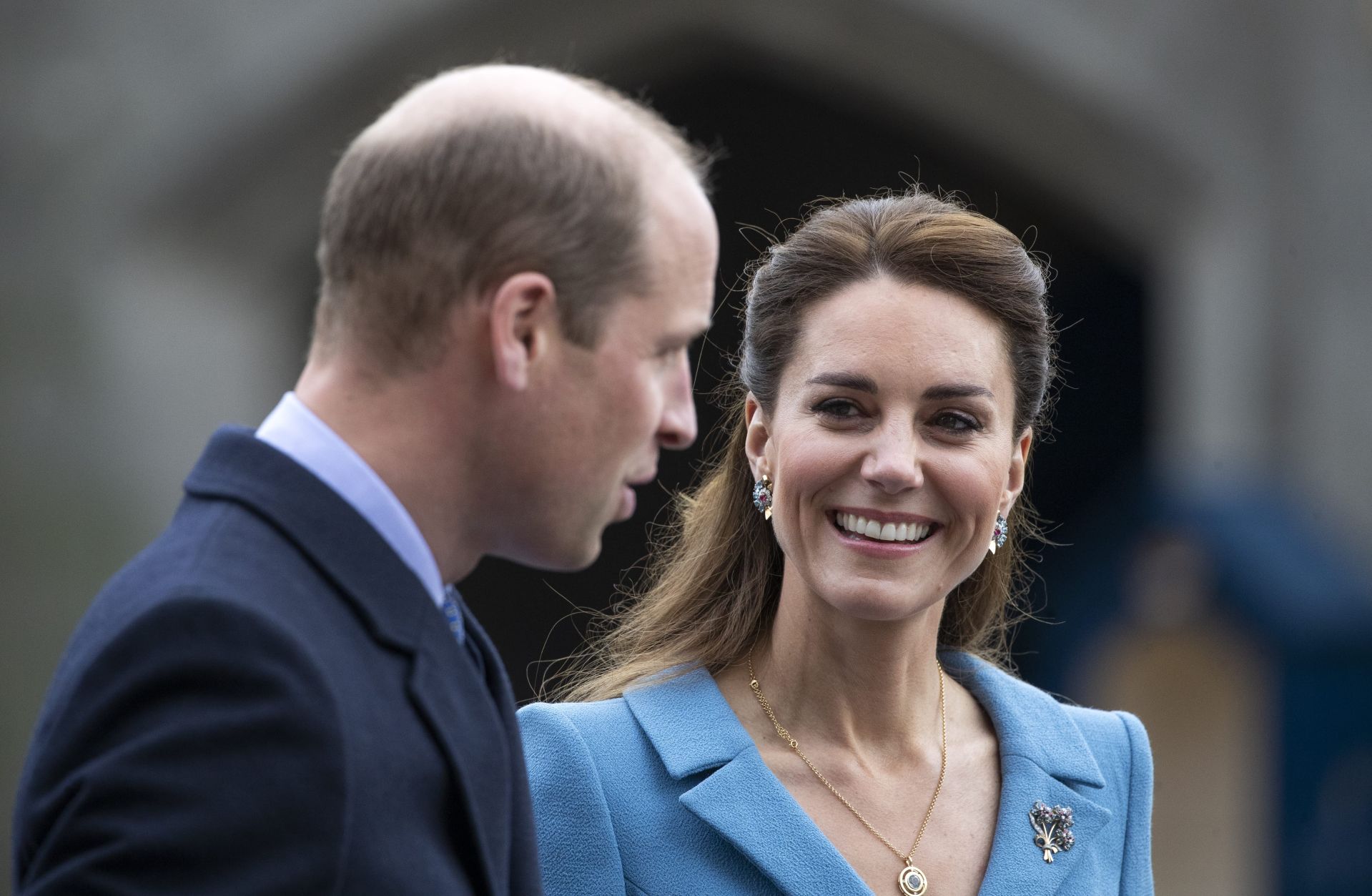 A custom Catherine Walker to end the tour.
Morgan Halberg 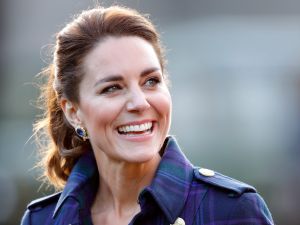 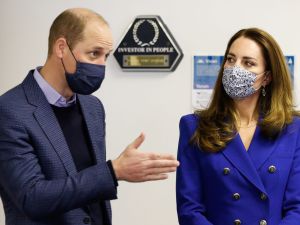 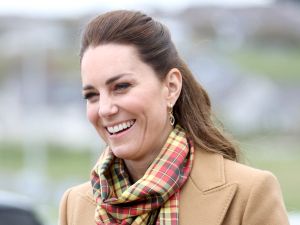 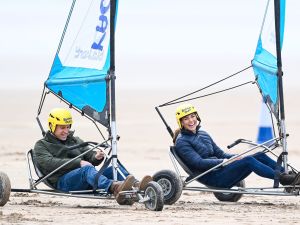 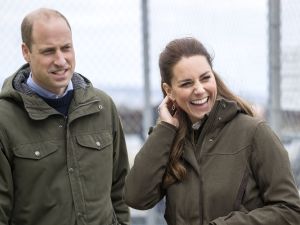 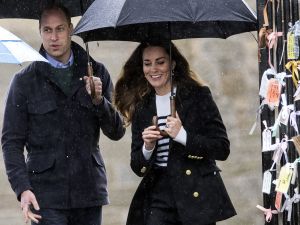 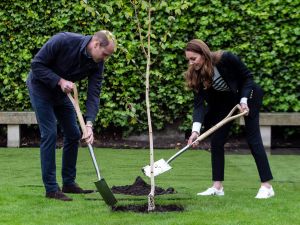 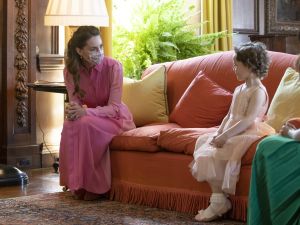 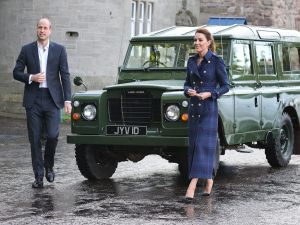 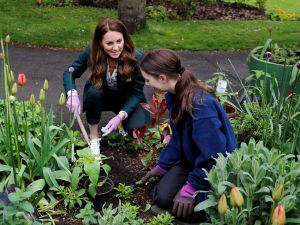 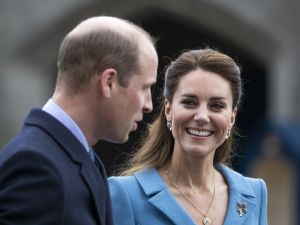 The Duke and Duchess of Cambridge are now back in London after a whirlwind royal tour of Scotland. Kate Middleton joined Prince William in Scotland on Monday, and even though she was in the country for just four short days, the Duchess still managed to go all out with a plethora of fashionable looks for the official visit.

It’s been a while since we’ve gotten to see a full royal tour fashion moment, and Kate did not disappoint, as the Duchess of Cambridge wore no less than 10 ensembles during the four days she spent in Scotland, including a whole lot of tartan.

Kate kicked off the royal tour with an entirely cobalt blue ensemble; she wore a bright blue double-breasted Zara blazer (which she’s already sported in the past) paired with a matching pleated Hope midi skirt. The all-blue look was not only a nod to the color of the Scottish flag, but also an homage to a nearly identical to an outfit worn by the late Princess Diana in 1992.

Prince William and Kate’s second day in Scotland began with a trip to Orkney, an archipelago off the northeast coast of Scotland. The Cambridges, who are known as the Earl and Countess of Strathearn in Scotland, officially opened Balfour Hospital in Kirkwall, and Kate went for an on-trend all-tan outfit, with a Massimo Dutti cashmere wool camel-colored coat, a Temperley London beige sweater as well as tan wide-leg trousers, with the only pop of color coming courtesy of her very fitting Strathearn Tartan scarf from Scottish brand DC Dalgliesh Tartan; she also wore one of the designer’s scarves during the Cambridge’s royal train tour late last year.

The duo then headed to the European Marine Energy Center, for a coordinating moment in which Kate did a quick outfit change into a Seeland brown jacket, a green ruffle-collar top and her See by Chloe brown suede lace-up ankle boots, per royal fashion Instagram account @Katemidleton1.

Prince William and Kate’s third day in Scotland was particularly special, as the pair returned to St. Andrews, the college town where they first met 20 years ago. They completed in a land yachting race (which Prince William won), for which Kate wore a Barbour quilted jacket and a Fair Isle sweater.

She had another quick change before the Cambridges’ visit to their alma mater, as she donned a black blazer and Erdem striped sweater, because no one loves a good nautical look quite like the Duchess.

But that wasn’t enough fashion for the day, as the Duchess of Cambridge had what might have been her crowning sartorial moment of the tour later that evening, when she and Prince William hosted a drive-in movie night screening of Cruella at the Palace of Holyroodhouse. Duchess Kate wore a full-length belted tartan Holland and Cooper tweed trench coat and Manolo Blahnik velvet BB heels, complete with Asprey earrings borrowed from the Queen herself. It was a true look, and we really love that she wore an actual high ponytail.

While three outfits in a day is rather impressive, Duchess Kate topped her own record by wearing no less than *four* ensembles on the last day of the royal tour. Kate’s a vocal advocate of children spending time outdoors, and is also a *big* garden person, so she looked very at ease when she and William headed to an Edinburgh park to plant trees with local families. In a less than shocking turn of events, the Duchess wore a forest green look, including a Massimo Dutti blazer, trousers and a green polka dot button down from Jigsaw, where she worked in her pre-royal days, with Superga sneakers. The most adorable part of the outfit, though, was the custom Daniella Draper necklace she wore, which features each of her children’s initials.

And because Kate, who is perhaps the most enthusiastic of all royal tennis fans, would never dress out of theme, she swapped out her top for a preppy Ralph Lauren v-neck cable knit sweater prior to a visit to a tennis center.

The sweetest moment of the entire royal tour was surely Kate’s meeting with Mila Sneddon, the five-year-old girl whose image was featured in the Duchess’ pandemic photo project, Hold Still. Mila, who was undergoing chemotherapy for leukemia, spoke by phone with Duchess Kate earlier this year; after Mila told the royal that her favorite color was pink, Kate promised that she’d make sure to wear a pink dress when they finally met in person. The Duchess kept her word, as Kate hosted Mila for tea at the Palace of Holyroodhouse, and wore a princess-worthy rose-colored silk frock by ME+EM. Kate even wore a pink belt, pink earrings, pink mask and pink suede pumps.

For her final royal tour outfit, Kate went for one of her tried and true styles, a chic and ladylike coat dress. This particular powder blue frock was a new custom piece by Catherine Walker, which the Duchess accessorized with a floral brooch, as well as a clutch by Edinburgh-based designer Strathberry.

If you want to see any more of the Duchess of Cambridge’s fashionable royal tour wardrobe, scroll through the slideshow above for all her best outfits.